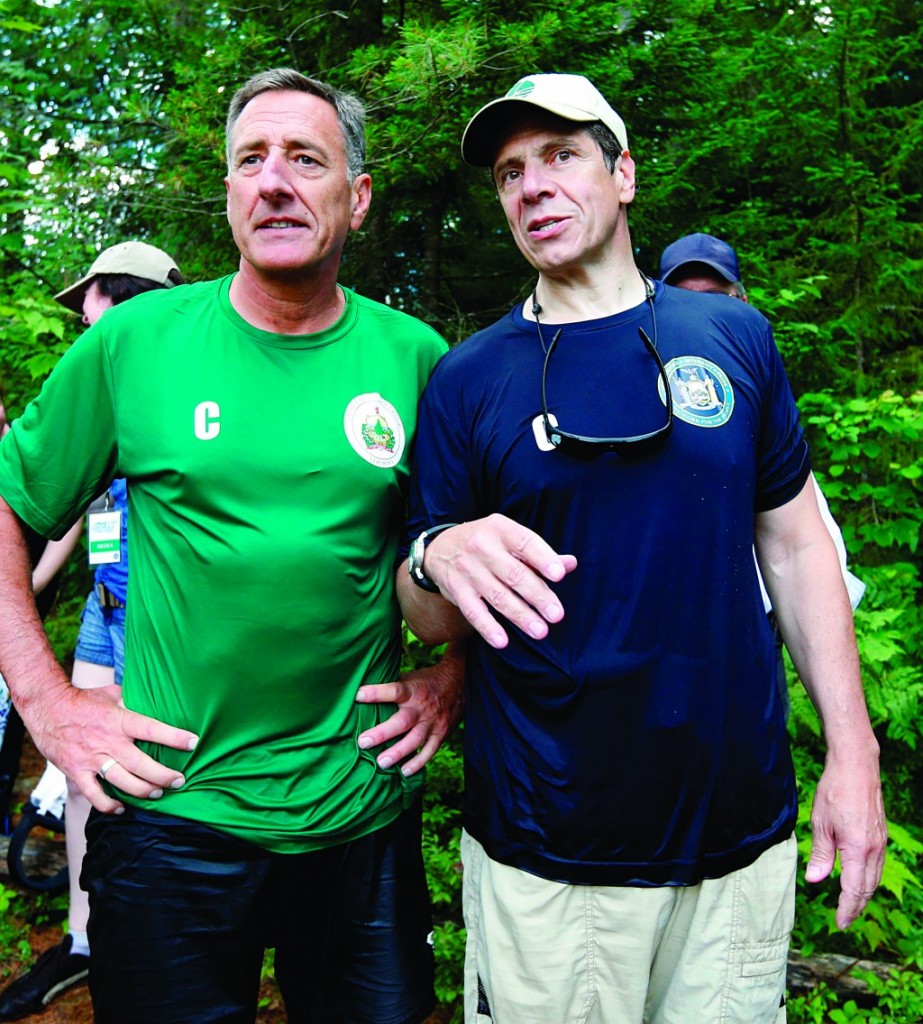 The governors of New York and Vermont had a tough-talking splash fight before paddling the bucking waves of the Indian River as part of the second annual tourism-promoting Adirondack Challenge on Sunday.

At a late afternoon awards banquet at Gore Mountain Ski Center in nearby North Creek, Lt. Gov. Bob Duffy declared that the friendly contest between Gov. Andrew Cuomo and Vermont Gov. Peter Shumlin, both Democrats, had ended in a 19-minute, 20-second tie.

“Imagine that, a dead tie,” said Cuomo, whose raft team was declared the winner last year against a team captained by former New York City mayor Michael Bloomberg. “I thought I had a world record.”

A total of 21 six-person rafts ran the three-mile course in Indian Lake, about 80 miles north of Albany. Teams included state legislators, mayors, regional economic development people and other community leaders from around the state. All heaped praise on Cuomo for his efforts to promote a region where there’s longstanding resentment of Albany’s perennial focus on downstate interests.

“This is really about growing jobs and economic opportunity in the North Country,” Shumlin said. “What’s good for the Adirondacks is also good for the Green Mountain state. When you prosper, we prosper.”

“There’s still a disconnect between upstate and downstate,” said Senate Majority Co-Leader Jeff Klein of the Bronx, whose raft team won the “City Slickers Award” at the banquet. “This shows we’re one New York. We thank the governor for doing that.”

Assembly Speaker Sheldon Silver, a Manhattan Democrat, who participated in the whitewater race for the second year, invited Adirondack officials to visit the city. “My hometown may not be as picturesque, but trust me, riding in the back seat of a New York City cab can be quite exhilarating.”