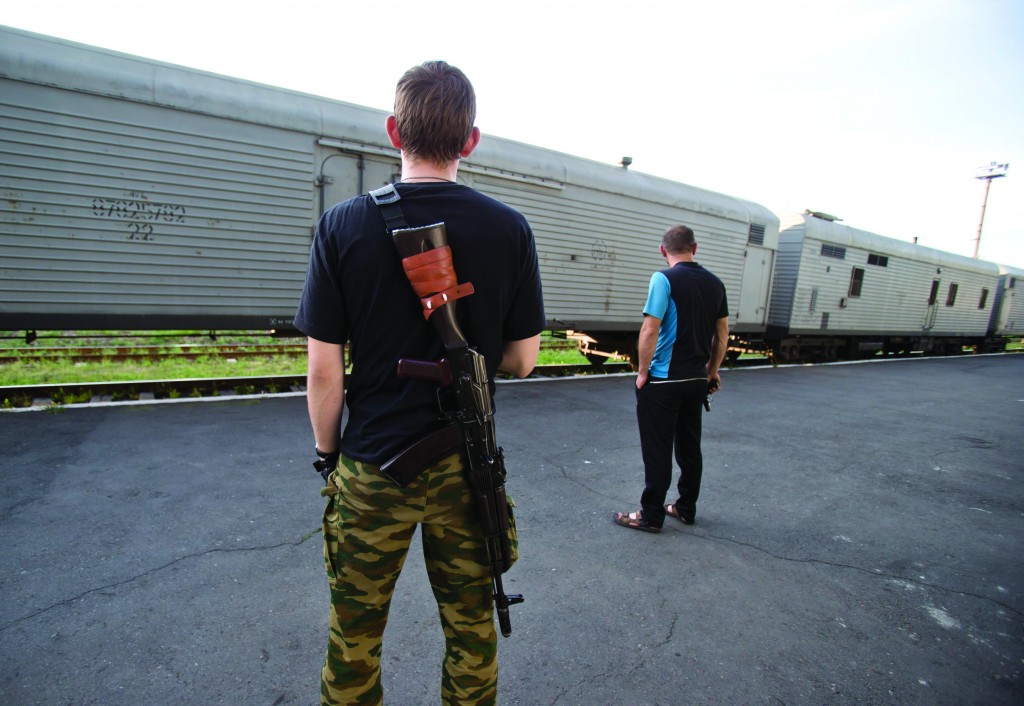 The key question of who controlled the collection of evidence at the sprawling crash site in rebel-held territory dominated the day’s rapid-fire developments. International monitors say armed rebels have limited their access to the crash site and Ukrainian officials said armed rebels took the bodies away from their workers by force.

A wave of international outrage over how the bodies of the plane crash victims were being handled came amid fears that the armed rebels who control the crash site could be tampering with the evidence there.

Donetsk rebel leader Alexander Borodai said the bodies recovered from the crash site would remain in four refrigerated train cars in the rebel-held town of Torez, 15 kilometers (9 miles) from the crash site, until the arrival of an international aviation delegation.

“The bodies will go nowhere until experts arrive,” Borodai said, speaking in the rebel-held city of Donetsk.

The leaders of France, Germany and Britain issued a statement demanding that Putin make sure that pro-Russia separatists in Ukraine give full access to investigators at the Malaysian plane crash site or risk the ire of Europe.

A statement from Hollande’s office said if Russia failed to immediately take the needed measures, EU foreign ministers may take action against Russia at a meeting Tuesday.

The rebels have been strictly limiting the movements of international monitors and journalists at the crash site, which is near the Russian border.

Associated Press journalists saw reeking bodies baking in the summer heat Saturday, piled into body bags by the side of the road or still sprawled where they landed in the verdant farmland in eastern Ukraine after their plane was shot out of the sky.

By Sunday morning, AP journalists saw no bodies and no armed rebels at the crash site. Emergency workers were searching the sprawling fields only for body parts. Heavy machinery was seen moving plane debris around.

There was no immediate word on the bodies of the 102 other plane victims, but Michael Bociurkiw, a spokesman for monitors from the Organization for Security and Cooperation in Europe, said some bodies have likely been incinerated in the crash without a trace.