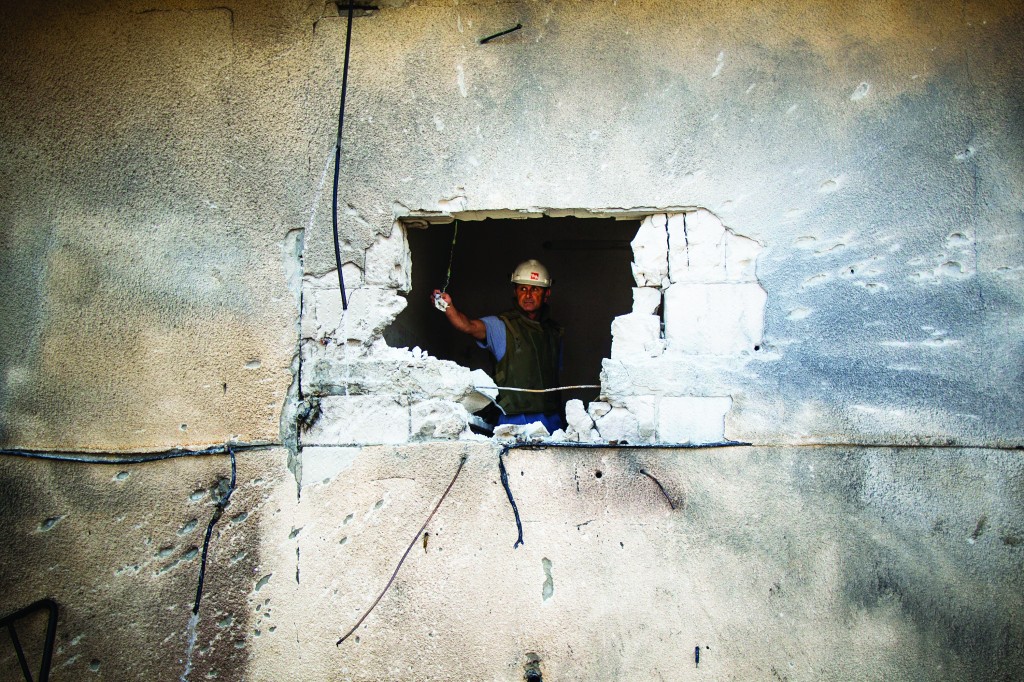 President Barack Obama repeated on Monday that Israel has the right to defend itself against rocket attacks from Hamas terrorists, but voiced concern about the growing number of civilian casualties resulting from the conflict.

“We have serious concerns about the rising number of Palestinian civilian deaths and the loss of Israeli lives, and that is why it now has to be our focus and the focus of the international community to bring about a ceasefire that ends the fighting and that can stop the deaths of innocent civilians,” he told reporters at the White House.

Obama said he has dispatched U.S. Secretary of State John Kerry to the Mideast to seek a ceasefire.

“So Secretary Kerry will meet with allies and partners. I’ve instructed him to push for an immediate cessation of hostilities based on a return to the November 2012 cease-fire agreement between Israel and Hamas in Gaza. I’ve asked John to do everything he can… We don’t want to see any more civilians getting killed.”

Kerry arrived on Monday in Egypt, where he will join diplomatic efforts to resume a truce that had been agreed to in November 2012. Obama, in a telephone call Sunday, told Israeli Prime Minister Binyamin Netanyahu of Kerry’s visit.

The Obama administration, including Kerry, is sharpening its criticism of Hamas for its rocket attacks and tunneling under the border. And the administration is toning down an earlier rebuke of Israel for its attacks on the Gaza Strip that have resulted in civilian casualties, The Associated Press said.

Two Americans who fought for the Israel Defense Forces were killed in fighting in the Gaza Strip — Max Steinberg, Hy”d, 24, of California, and Nissim Carmeli, of Texas, Hy”d. The State Department’s Psaki confirmed the names of the two U.S. citizens Sunday night.

Making the rounds of Sunday talk shows, Kerry said Hamas needs to recognize its own responsibility for the conflict.

He said on CNN that Hamas must “step up and show a level of reasonableness, and they need to accept the offer of a cease-fire.”

The U.S. said Monday that it is sending $47 million in humanitarian aid to the besieged Gaza Strip to help tens of thousands of Palestinians there who have been forced from their homes since war broke out two weeks ago.

A State Department breakdown of the aid that was released Monday said nearly a third of the money — $15 million — will go to the United Nations’ refugee mission in Gaza.

(With reporting by the Associated Press and Reuters.)