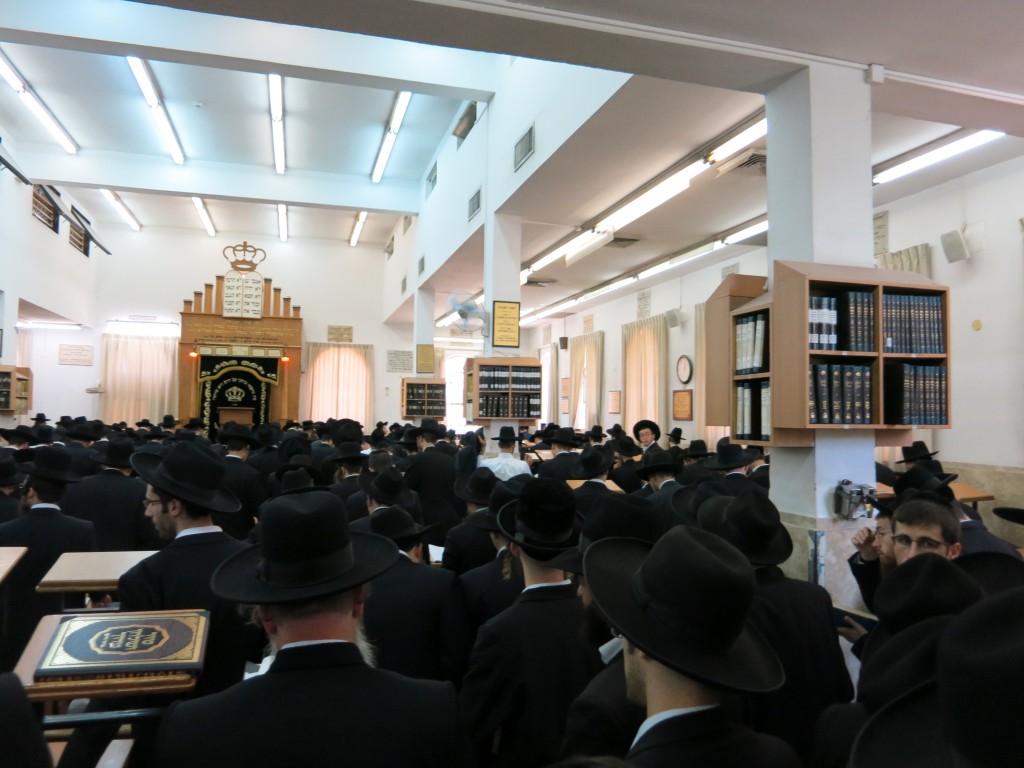 Jews all over Eretz Yisrael responded on Sunday to the call of their Rabbanim to daven for the safe return of thousands of Israeli soldiers from the ground offensive in Gaza.

Hagaon Harav Aryeh Leib Steinman, shlita, has called on the public to daven and increase their mitzvah observance to provide merit for their fellow Jews in danger.

“Because of the severe situation prevailing in our Holy Land, I request from the Jewish people to increase their prayers for our brothers, the people of Israel, who need great mercy,” he said.

On Sunday, the Belzer Rebbe, shlita, asked people to recite Tehillim 56 and 121 after Shacharis and Minchah while the crisis continues. “May Hashem hear our cry and have mercy on His people,” he said in a proclamation.

The Vizhnitzer Rebbe, shlita, said, “During these days of travail — alongside our thanks to Hashem for the open miracles we see every moment — it is incumbent upon us to strengthen our Torah and chessed,” the Rebbe said at the conclusion of shalosh seudos on Shabbos in Bnei Brak.

An urgent atzeres tefillah was held in Yeshivas Mir Yerushalayim. The Rosh Yeshivah, Hagaon Harav Eliezer Yehuda Finkel, shlita, addressed the perilous situation in Eretz Yisrael and spoke about the responsibility all have to strengthen ourselves in Torah and tefillah.

Following this address, Roshei Yeshivah, staff members and talmidei haYeshivah filled the beis medrash and poured their hearts out in tefillah for the success and safety of those in danger at this time.

On Motzoei Shabbos, a mass prayer rally of several thousand people was held at the Kosel for the welfare of soldiers fighting in Gaza.

Chief Rabbi David Lau called on people to read passages from Tehillim for the success and safety of the IDF, after the announcement that a ground operation had been launched on Thursday night.

“They are emissaries performing a [religious] commandment for the entire nation, and all of us must pray for their well-being and for them to return home in peace,” the Chief Rabbi said.

Harav Yitzchak Zilberstein,  shlita, of the Ramat Elchanan neighborhood in Bnei Brak, has compiled and circulated a list of five mitzvos that can be fulfilled when an air raid siren is sounded:

One should imbue his heart with complete trust in G-d, the knowledge that He directs all events, and the certainty that every bullet and rocket has a Divinely-designated address; one should recite a chapter of Tehillim or other prayer, that the oncoming rocket not harm any Jew; engage in thoughts of repentance; after the rocket is intercepted or falls in an open area, we should express our thanks to G-d for His kindnesses. Finally, Harav Zilberstein pointed out that one who is safe in his home during a missile alert must remember those who are in the street frantically searching for a safe area. He must open his door for them, thus fulfilling two mitzvot at once: Hospitality and saving others from danger.

“We are davening all the time for our brothers in the army. It causes us great pain to hear of those who have fallen in battle. They are fighting for us in the best way that they can, and they need our tefillos. We fervently pray that they return home soon in safety.”