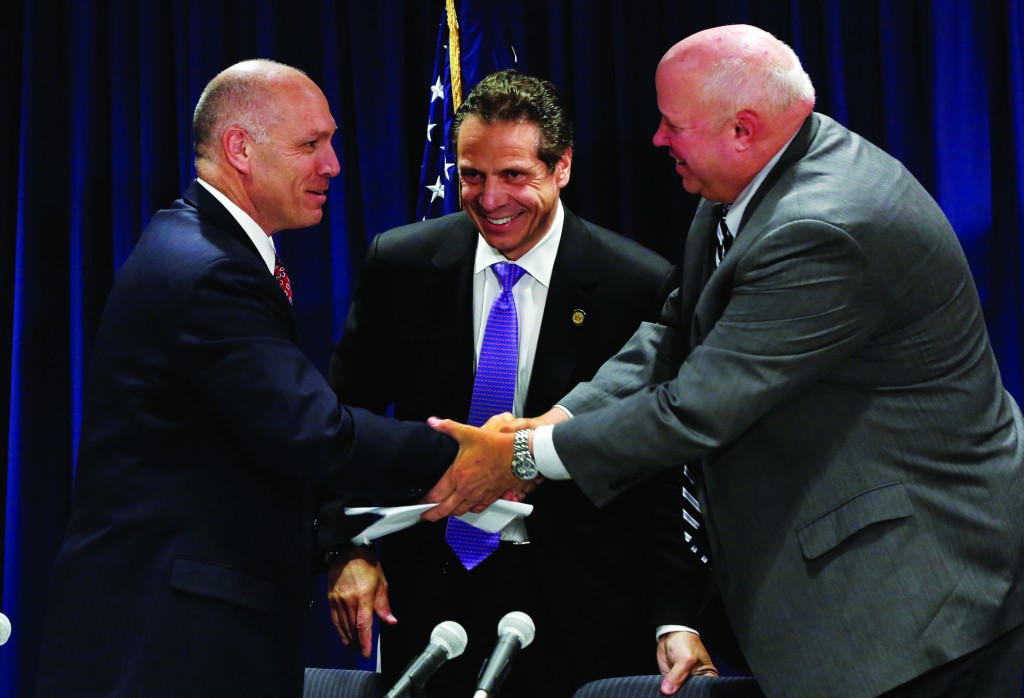 Unions and managers of the nation’s largest commuter railroad on Thursday reached a tentative contract agreement, averting a weekend strike that stood to inconvenience hundreds of thousands of riders.

Eight unions representing 5,400 Long Island Rail Road workers had threatened to walk off the job at 12:01 a.m. Sunday unless an agreement was reached. The workers had been seeking a new deal since 2010.

Officials said the agreement will not require an increase in fares.

The tentative deal, which still must be approved by the unions’ membership, would give employees 17 percent raises over 6 1/2 years, halfway between the six years demanded by the union and the seven offered by management. For the first time, all employees would contribute to their health insurance costs, and new employees would work under different wages and pension provisions. Union negotiators had previously balked at different provisions for new workers.

Metropolitan Transportation Authority Chairman Thomas Prendergast said the deal provides a “fair and reasonable contract” that protects commuters and the fiscal health of the MTA.

Chief union negotiator Anthony Simon said his membership was reluctant to strike, but a tough stance was necessary in order to get an agreement.

Gov. Andrew Cuomo, who personally guided the negotiations in the closing hours, announced the deal at a news conference.

Officials in New York City and Long Island had predicted dire consequences if workers walked off the job. Approximately 300,000 riders use the railroad daily.

“All riders feel relief at the announcement of this settlement” said Mark Epstein, chairman of an advocacy group for commuters. “We are encouraged by Gov. Cuomo’s assurances on fares and the MTA’s ability to fund its capital program and look forward to reviewing additional details on the settlement and the way in which it will be funded.”