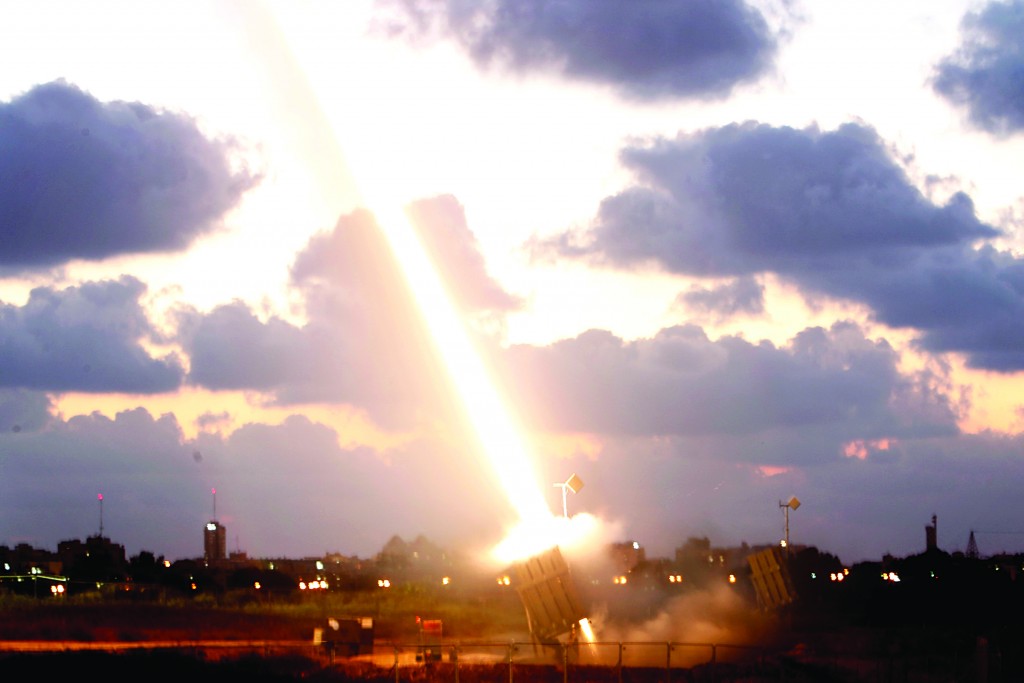 No sooner did the humanitarian ceasefire end on Thursday afternoon than Code Red rocket alert sirens sounded across the south, in Tel Aviv and the Sharon region.

The IDF said that a rocket struck the city of Ashkelon at precisely 3 p.m., the time set for the ceasefire to expire. B’chasdei Shamayim, no injuries were reported.

In the next five hours, over 50 rockets were launched at Israel from the Gaza Strip.

A rocket fired at the Ashkelon Coast Regional Council caused damaged to a house and one person suffered minor injuries in an attack. Two rockets were intercepted over the greater Tel Aviv area and one aimed at Ashdod was brought down by the Iron Dome defense system.

Sirens wailed in Petach Tikva, Kfar Saba and in the area of Ben Gurion International Airport.

Israel was also under fire shortly after the ceasefire commenced at 10 a.m., which was agreed to at the request of the United Nations. Three mortar shells were lobbed toward Israel, but caused no damage.

During the hours of quiet, Gaza residents crowded banks, vegetable markets and shops to stock up on necessities. The rush to restock signaled that Gaza residents don’t expect a quick end to the fighting, as The Associated Press observed.

Israelis also benefited from the temporary ceasefire. In Ashkelon, which has been under frequent rocket fire, families strolled through the streets after remaining at home for the past week.

Tel Aviv and the surrounding area was targeted on Thursday morning, and one rocket was intercepted. Sirens blared in highly populated suburbs of Tel Aviv, including Kfar Sava, Ra’anana, Petah Tikva, Kiryat Ono, and Bnei Brak.

Three people were killed by a tank shell that hit a house in the southern town of Rafah, the Hamas-run police and Gaza Health Ministry spokesman Ashraf al-Kidra said.

The Gaza Interior Ministry had earlier said that 30 houses were struck in the Israeli raids. Four people were killed and a 75-year-old woman died of wounds suffered the day before, the ministry said.

As of Thursday morning, Israel had carried out nearly 2,000 air strikes on Gaza, Hamas fired more than 1,300 rockets into Israel. More than 230 Palestinians and an Israeli have been killed in the fighting, according to officials.

Both Israel and Hamas denied reports of a new ceasefire to begin on Friday, though intensive diplomatic efforts were continuing.

Hamas wants Israel and Egypt, whose military-backed government is at odds with the Islamist group, to lift border restrictions that have caused economic hardship.

The total aid to Israel for missile defense approved this week by the U.S. amounts to $621 million and includes the security budget the U.S. allocated to Israel for the fiscal year that begins in October — $549 million.

“Iron Dome works,” said Illinois Senator Dick Durbin, chairman of the subcommittee. Durbin stressed that the aid will also assist R&D. A further $25 million will be used to develop a new rocket engine to replace the existing Russian engine, which  Durbin said, “makes no sense” in light of the current tensions between the U.S. and Russia.