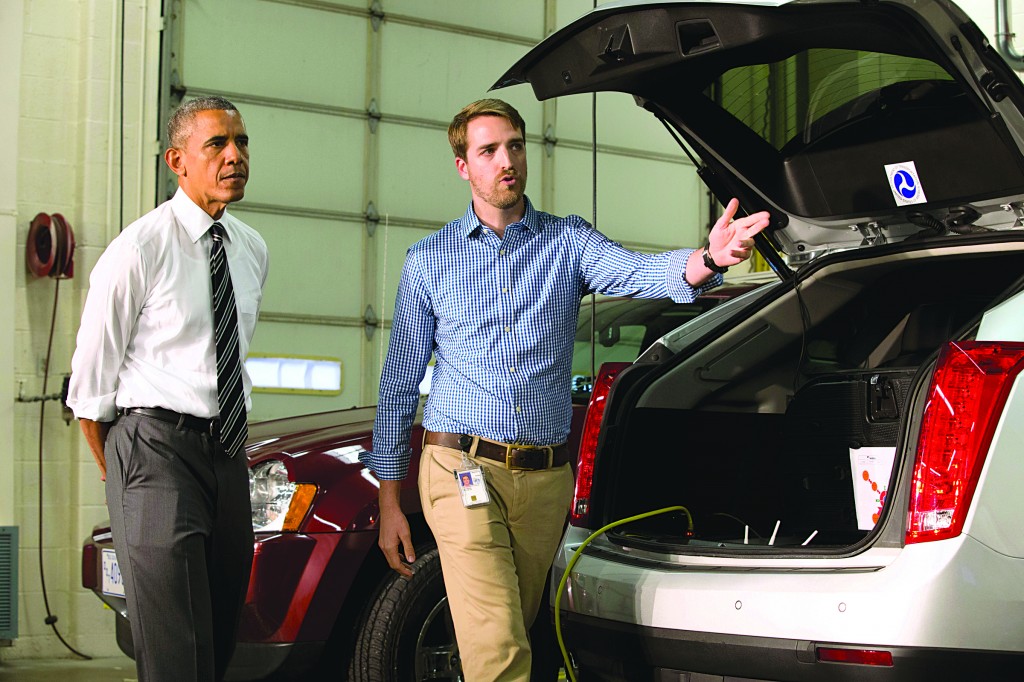 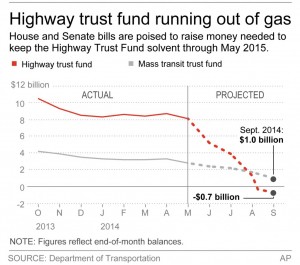 President Barack Obama on Tuesday threw his weight behind a temporary fix for the depleted Highway Trust Fund during an event to tout his administration’s work with the private sector to develop cars that communicate using wireless technology.

The Republican-controlled House of Representatives approved late Tuesday a $10 billion infusion for the fund, enough to keep money flowing to road, bridge and transit projects at least through the end of May 2015.

Without new money, the Department of Transportation has said it would have to start to cut back federal funding for projects by nearly a third on August 1, putting hundreds of thousands of jobs at risk. Congress begins a five-week summer recess that same day.

White House support for the 10-month extension has annoyed some Democrats, who are opposed because it would push decisions on long-term funding to a newly elected Congress next year.

Obama weighed in on the issue shortly after taking a wild ride in a car simulator at a highway research center in McClean, Virginia, near Washington.

“The good news is there are bipartisan bills in both the House and the Senate that would help with a short-term fix. And I support that. At the very least, Congress should be keeping people on the job who are already there right now,” Obama said.

“But all this does is set us up for the same crisis a few months from now. So Congress shouldn’t pat itself on the back for averting disaster for a few months, kicking the can down the road for a few months, careening from crisis to crisis when it comes to something as basic as our infrastructure.”

The Highway Trust Fund, which has been supported by fuel tax revenues since its inception in 1956, has run chronically short of money in recent years because of higher construction costs and improved vehicle fuel economy. Trucking firms and many other industry groups favor an increase in fuel tax rates, which have remained unchanged since 1993.

House Republicans have ruled that out, and their temporary measure would be funded by revenues from pension accounting changes and increased customs fees, which have received support from both Democrats and Republicans in the past.

The Senate Finance Committee has approved a similar extension, with some different offsets to improve tax compliance. Both versions would also transfer $1 billion in existing money to construction projects from a fund for cleanup of leaking underground fuel storage tanks.

Cars of the Future

During his visit at the research center, Obama touted work on so-called vehicle-to-vehicle and vehicle-to-infrastructure communication technology to improve navigation. The technology allows cars, trucks and other vehicles to send real-time information wirelessly, an innovation researchers hope can help reduce accidents and boost fuel efficiency by alleviating traffic.

“As the father of a daughter who just turned 16, any new technology that makes driving safer is important to me,” Obama said, referring to his oldest daughter, Malia.

U.S. regulators are already crafting a proposed rule that would require all new vehicles to use the new technology, which could be put in place by early 2017, before Obama leaves office.

The event was meant to showcase efforts to ensure vehicle-to-vehicle communication is safe, pointing to a joint effort between leading carmakers and the University of Michigan Transportation Research Institute.