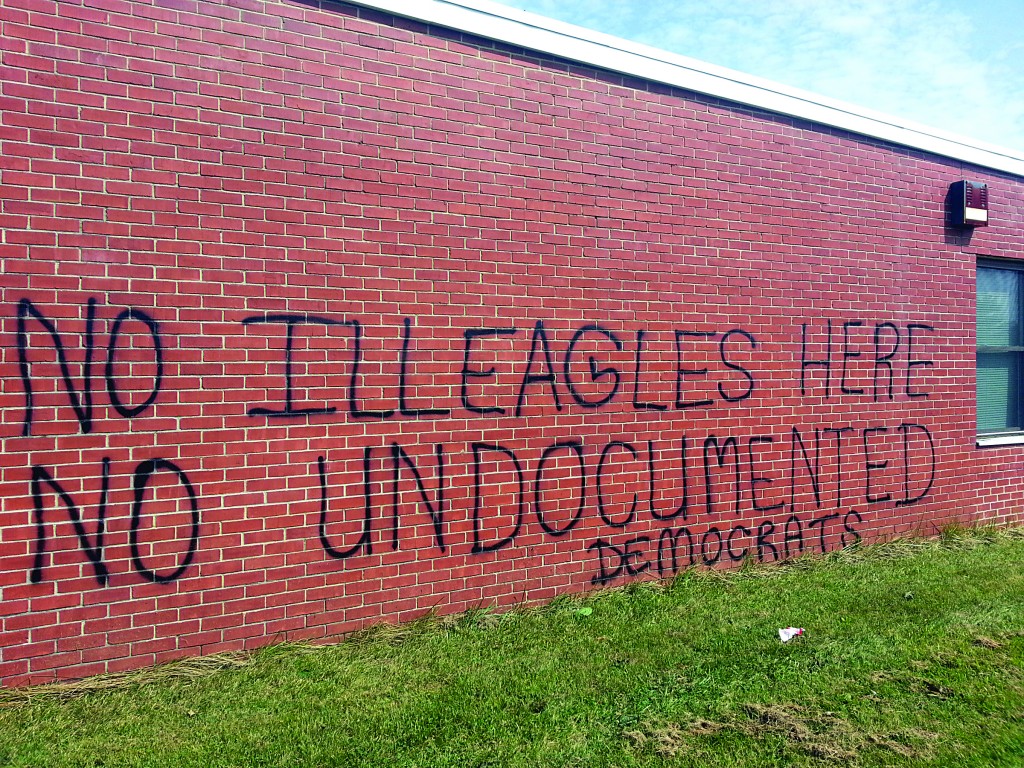 House Republicans announced Tuesday they will recommend dispatching the National Guard to South Texas and speeding Central American youths back home as their response to the immigration crisis that’s engulfing the border and testing Washington’s ability to respond.

The recommendations, to come from a working group established by House Speaker John Boehner, will set up a clash with leading Democrats who oppose changing U.S. law to eliminate automatic immigration hearings for Central American kids and return them more quickly to Honduras, El Salvador and Guatemala, where some areas are overrun by brutal gangs.

With Democrats and the White House under growing pressure from immigration advocates to hold firm against the GOP approach, a solution for the growing crisis of tens of thousands of unaccompanied children showing up at the U.S.-Mexico border is looking increasingly elusive with three weeks left before Congress leaves Washington for an annual August recess.

“It’s a critical situation and if we don’t deal with it urgently but well, done right, we’re facing a crisis of just huge proportions,” said Rep. Mario Diaz-Balart, R-Fla., who traveled to Honduras and Guatemala over the weekend with members of the House GOP working group including its leader, Rep. Kay Granger of Texas. “Time is of the essence.”

Granger, Diaz-Balart and others said their proposals would include sending the National Guard to help overwhelmed Border Patrol agents, increasing immigration judges, adding assistance to Central American nations and changing a 2008 trafficking victims law that guarantees hearings for Central American youths. The law has the practical result of letting the young people stay in the country for years as their cases move through the badly backlogged immigration courts.

At the same time Republicans are working to significantly pare down President Barack Obama’s $3.7 billion emergency spending request for the border, hoping to act quickly on a smaller spending bill along with the package of policy changes. The recommendations were to be formally released later in the week, but lawmakers discussed their broad outlines Tuesday.

In response, the White House, Democrats and immigration advocates called for action on a “clean” spending bill without controversial policy changes attached.

“There’s already been ample opportunity for Congress to take action, and we want to encourage them to move forward with some sense of urgency,” said White House Press Secretary Josh Earnest.

Senate Majority Leader Harry Reid, D-Nev., declared that: “With this money, we can take care of the problem.”

Republicans made clear that was out of the question.

“What I will not do is vote for a blank check for the president for something that will not solve the problem,” said Sen. John Cornyn, R-Texas.

Granger said the average immigration case takes a year-and-a-half to five years to go through the court process, even as more than 57,000 unaccompanied children have arrived at the border since October. “That’s just not acceptable so we’ve got to change that,” she said.

Meanwhile the children keep coming, with 90,000 expected by the end of the fiscal year. They flee violence, but also are drawn by rumors that once here, they can stay.

Proposed changes to the 2008 trafficking victims law have emerged as a major point of contention.

The House GOP proposal would allow youths from Central America and other countries to be treated the same under the law as Mexican children, who can be turned around quickly by Border Patrol agents unless they’re able to make the case that they have a fear of return and require further screening.

Immigration advocates and some Democrats contend that the Border Patrol screenings are cursory and inadequate and that the young people will be returned to gang violence and worse.

“A shotgun proceeding in which people are railroaded through a quick process for kids who have no idea what’s going on is not how America does refugee protection, is not how America treats its kids,” said Frank Sharry, executive director of America’s Voice, an advocacy group.

Obama administration officials have indicated support for changing the 2008 law, but the White House has not proposed a specific fix amid complaints from advocacy groups, and its position about what it would accept is unclear.