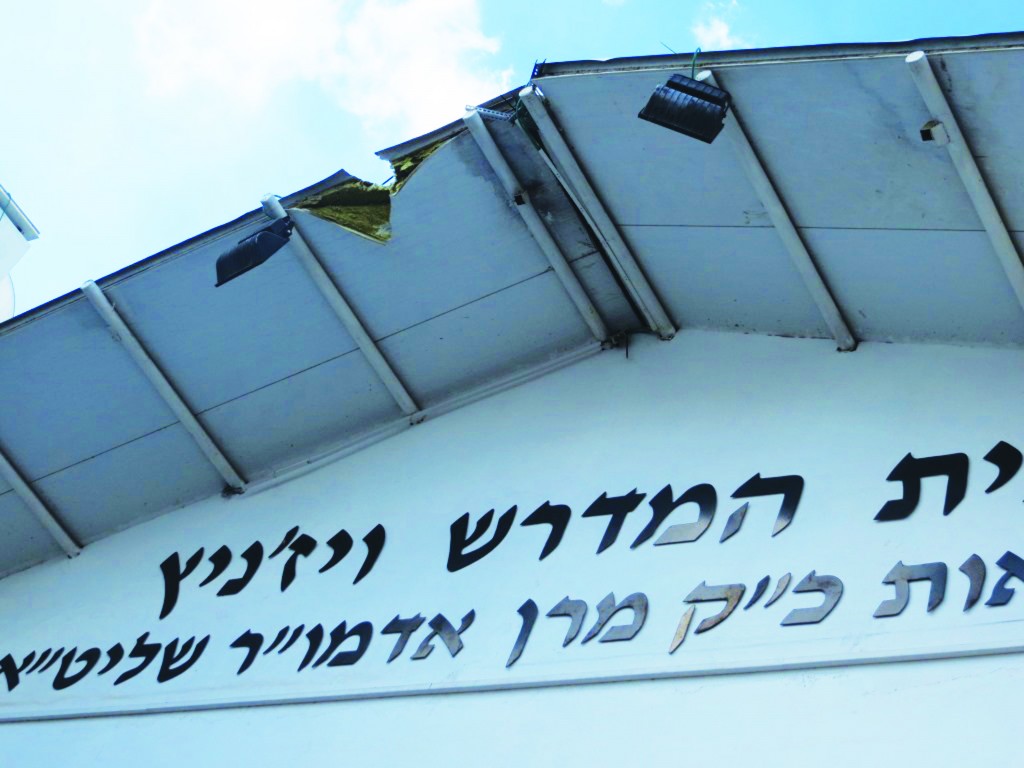 Fragments of a rocket fired from Gaza landed in central Bnei Brak on Wednesday morning during Shacharis. There were no injuries, but several people were treated for shock.

Some light damage was caused to the roof of the beis medrash of Harav Menachem Mendel Hager, shlita,  Vizhnitzer Rebbe, and rocket debris was found on the street in front of the building on the corner of Shlomo Hamelech Street and Ezra Street.

This was the second such incident in Bnei Brak this week. On late Monday afternoon, a Gaza projectile intercepted by the Iron Dome defense system over Kiryat Ono caused debris to fell into Petach Tikva from the rocket and fragments from the interceptor came down on the border between Bnei Brak and Ramat Gan, near the Coca-Cola factory.

B’chasdei shamayim, there were no injuries.