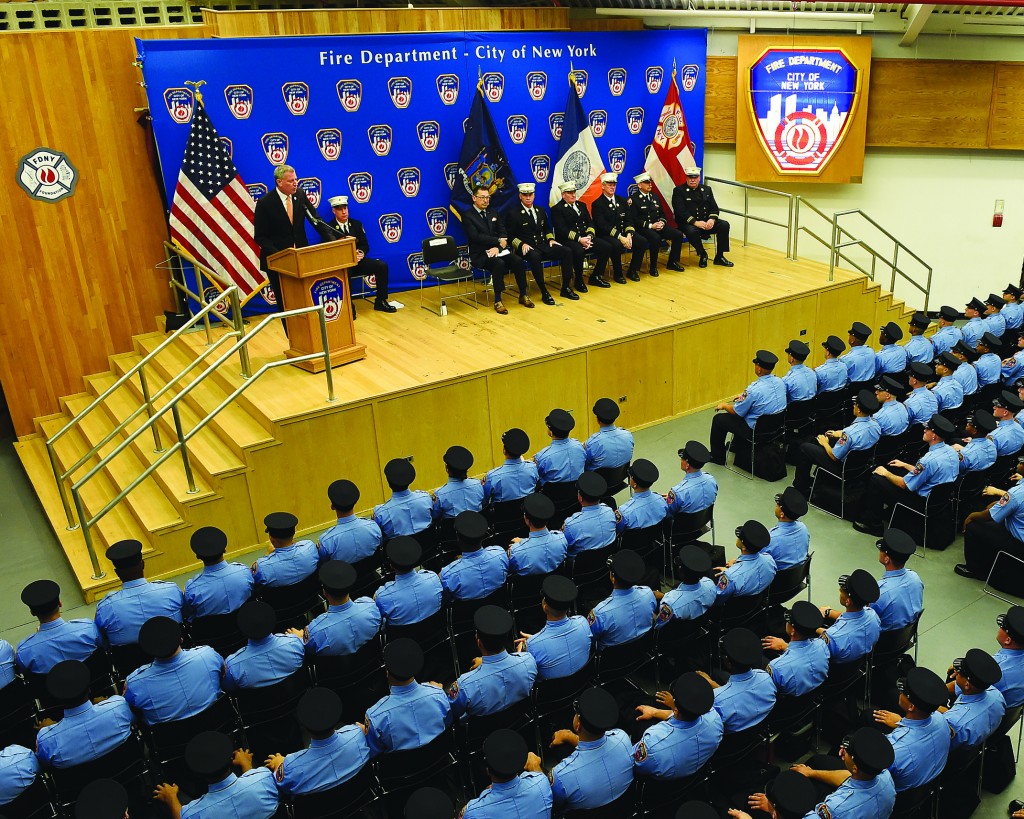 The city’s tabloid newspaper front pages next week are easy to imagine: a photo of a nightmarish traffic jam caused by a strike at the nation’s largest commuter railroad juxtaposed with a shot of Mayor Bill de Blasio sunning on an Italian beach.

Despite the potentially damaging political optics, the Democratic mayor appears set on embarking Friday on a 10-day Italian vacation in the face of a looming Long Island Rail Road strike which, if it happens Sunday, could paralyze portions of the nation’s largest city. The mayor had said he would return from his trip if a crisis arose but signaled this week that he believed his team could manage without him.

Some political consultants said the trip would look bad for de Blasio.

“If I were on his staff, and it looked like the strike was going to happen, I would tell him not to go,” said Jeanne Zaino, a political science professor at Iona College. “It’s going to look very bad, and he’s going to be hit really hard.”

The Daily News has offered a sneak peek of what could be in store for de Blasio: Its story on Tuesday about the impending strike was accompanied by the headline “Good luck on that, I’m off to Italy.”

The LIRR, which connects the city and Long Island and has 300,000 daily riders, is operated by a state agency, the Metropolitan Transportation Authority, meaning the ultimate political responsibility lies with Democratic Gov. Andrew Cuomo. But the impact in the city would be undeniable. Roads would clog, already crowded subway trains and buses would be even more packed and businesses with fewer customers or workers showing up could lose millions of dollars.

De Blasio said Monday that he was optimistic a deal would be brokered amid a feud over pay and contributions to pension and health care plans and that the MTA’s contingency plans were “very strong” even as the MTA’s top spokesman said the commute for most riders would be “a nightmare.”

The mayor downplayed the impact of a possible strike.

Those comments appeared tone-deaf to some critics, who noted that the workers who can’t afford to take vacations or whose jobs don’t allow for telecommuting are the working- and middle-class people de Blasio pledged to support during his victorious mayoral campaign last year.

“It’s perhaps among one of the most irresponsible choices a leader could make,” said Laurence Blank, a family court lawyer who commutes on the LIRR. “G-d help him if there are deaths on the highway because they’re too backed up from the strike or if an emergency can’t be addressed.”

De Blasio, his wife and their two teenage children are planning to visit his ancestral homeland, journeying to the towns his grandparents called home, meeting local officials and taking their first family vacation since early 2013.

But even before the LIRR labor talks broke down, the trip, funded in part by taxpayers, raised eyebrows. De Blasio has been in office only since January, and his vacation is scheduled to last longer than those of recent mayors.

His predecessor, independent Michael Bloomberg, never took a full week off, though he did frequently use his personal plane to escape for long weekends in Bermuda or London. Republican Rudy Giuliani also rarely took time off and said in a radio interview Tuesday that, “The mayor has got to be present when an emergency takes place.”

But some political observers said they believe the criticism is unwarranted.

“He’s entitled to time off, and being away is not that big of a deal,” said Joseph Mercurio, an unaffiliated political consultant. “Modern technology lets him stay in touch. Bad media coverage would be unfair.”

While some observers say de Blasio would provide a psychological boost by being in the city, others note there’s never a good time for the mayor of New York to take a vacation.

“Even so-called quiet days on the calendar of a mayor can burst into crisis at a moment’s notice,” said former mayoral candidate Anthony Weiner, who added de Blasio “may be wishing that he had access to Mayor Bloomberg’s fleet of aircraft in a few days.”