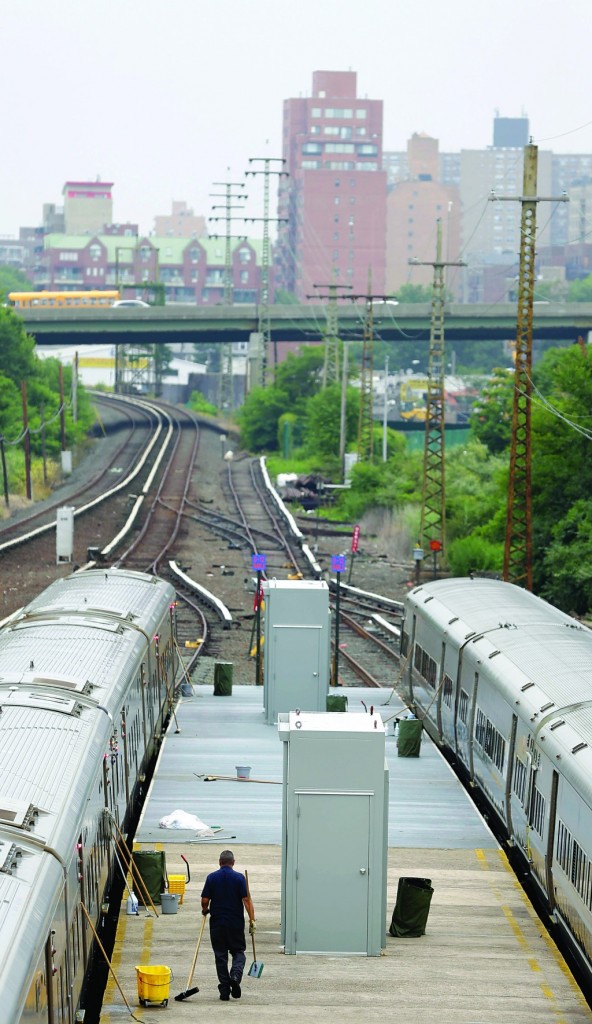 As a strike that would shut down the biggest U.S. commuter-rail system looms, New York Gov. Andrew Cuomo is seeking to ensure that the Long Island Rail Road labor dispute doesn’t damage his re-election bid.

“Winning big on Long Island means a landslide statewide for a Democrat,” said Larry Levy, executive dean at the National Center for Suburban Studies at Hofstra University in Hempstead. “One of the reasons he’s so popular is that people see him as someone who doesn’t stand on technicalities and gets the job done even if he has to break some legs.”

While a walkout on the LIRR, which carries 300,000 riders daily, could begin as soon as Sunday, cutting deals with organized labor has been a hallmark of the governor’s first term. In 2011, Cuomo got the state’s biggest public workers unions to agree to wage freezes after threatening firings. In April, he stepped into negotiations between the Metropolitan Transportation
Authority and New York City’s subway and bus workers as a strike was planned.

With the railroad, the Democratic governor faces legal limitations he didn’t have when negotiating with the transit employees, said William Henderson, executive director of the Permanent Citizens Advisory Committee to the MTA. LIRR workers are governed by the Railway Labor Act, a federal law that allows unions to strike under certain conditions.

“He has great powers of persuasion, but not a lot of legal power,” Henderson said in a telephone interview. “He can’t, as he could in the case of transit, order people back to work and say it’s state law that they can’t strike.”

However, he could force the MTA, as a state agency that runs the LIRR and whose chairman, Thomas Prendergast, was appointed by Cuomo, to give in to union demands. In 1994, when the governor’s father, Mario Cuomo, led New York state, the elder Cuomo used his power over the MTA to get it to accept union demands, ending a LIRR strike after two days in a pivotal election year.

The railroad’s 5,400 workers and the MTA have been locked in a dispute since their contract expired in 2010. President Barack Obama has appointed two mediation boards. Both proposed similar recommendations that would raise worker pay by 17 percent over six years.

The unions balked and negotiations ground to a halt. Cuomo dispatched Prendergast to Washington July 9 to meet the New York congressional delegation. Rep. Charles Rangel, a New York City Democrat, said after the meeting that Congress isn’t an option “at this point in time.”

In an emailed statement, Cuomo said his strategy in sending Prendergast was to prove to the unions that they’d get no help from Washington.

“The unions’ false belief that Congress would step in to mandate a settlement was a major impediment to any real progress,” Cuomo said. “It is now clear that the only path to resolution is at the bargaining table.”

If Cuomo can’t avert a strike, it’ll be up to the MTA to have a contingency plan. So far, it’s planning to run shuttle buses to Manhattan and has initiated a public awareness campaign that includes urging commuters to work from home instead.

More needs to be done, Edward Mangano, the Republican executive for Nassau County on Long Island, said at a July 9 briefing for reporters in Mineola.

“We don’t have a comfort level that this will be anything short of disastrous for our citizens,” Mangano said.