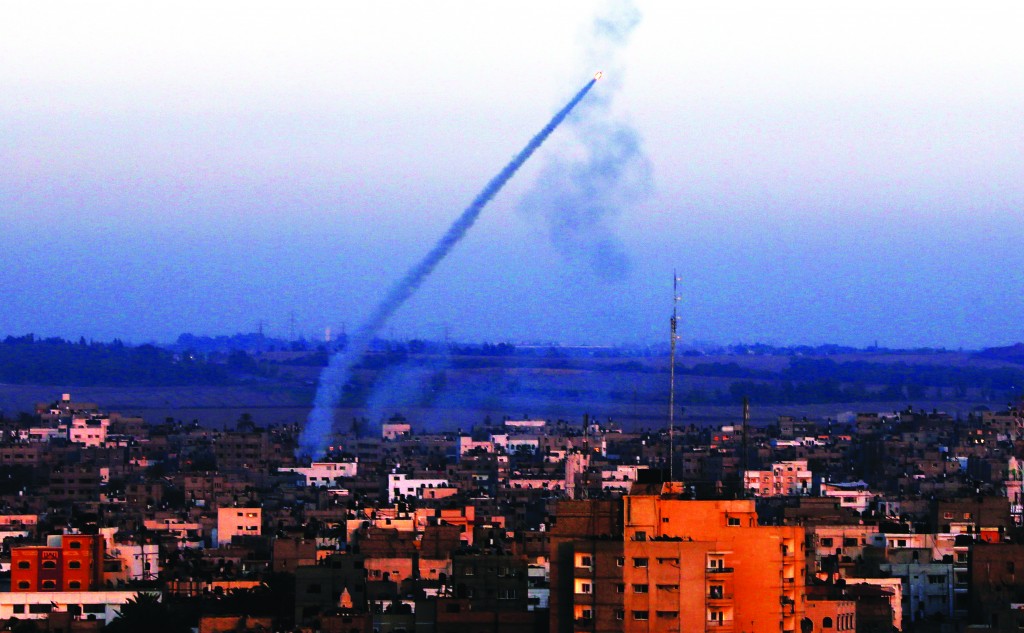 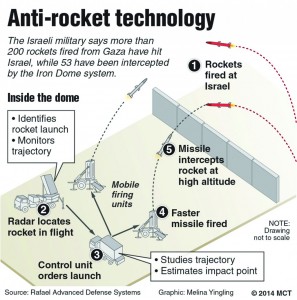 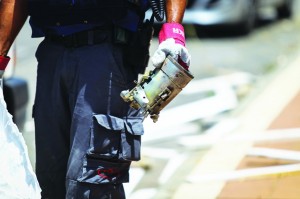 A day that was to be a day of ceasefire turned out to be yet another day of fighting.

The air war with Hamas resumed in fury on Tuesday afternoon after an Egyptian ceasefire initiative accepted by Israel was rejected by the Gaza terrorist organization, which fired over 120 rockets after the proposed truce was to begin.

Israel recorded its first fatality  from a direct hit since the start of hostilities over a week ago, as shrapnel from a mortar shell killed a man, 38, who had volunteered to distribute food to soldiers at the Erez Crossing. Another on the scene was lightly wounded and treated by Magen Dovid Adom personnel who had been touring the area and arrived almost immediately. Tragically, despite their best efforts, the man died of his wounds later at Barzelai hospital in Ashkelon.

The ceasefire, or mutual “de-escalation” was to go into effect at 9 a.m., but it was completely one-sided from the beginning. While the IDF held fire, Gazan terrorists continued to pummel Israel with one rocket volley after another, from the south to Zichron Yaakov in the north.

The Iron Dome anti-missile system intercepted nine of the Hamas projectiles Tuesday, including two over the Tel Aviv area, and the rest caused no damage or casualties.

Hamas officials had reportedly been debating whether to agree to the truce, but by early afternoon, it became clear that they had in effect rejected the Egyptian proposal, and the IDF was ordered to resume Operation Protective Edge, Day 8.

Prime Minister Binyamin Netanyahu said in broadcast remarks late on Tuesday that Israel had no choice but to “expand and intensify” its campaign against Hamas, though, once again, he carefully avoided any mention of an incursion on the ground.

Approximately 40,000 reserve soldiers have been mobilized and remain poised in the sweltering heat near the border with the Gaza Strip.

Anyone who wondered why Israeli leaders waited six hours while the other side fired its rockets and mortars at will, had their answer from Secretary of State John Kerry by the end of the day:

“I cannot condemn strongly enough the actions of Hamas in so brazenly firing rockets in multiple numbers in the face of a goodwill effort to offer a ceasefire, in which Egypt and Israel worked together, that the international community strongly supports,” Kerry told reporters in Vienna on Tuesday morning.

Kerry accused Hamas of “purposely playing politics” by continuing the rocket fire, using innocents as “human shields… against the laws of war. … And that is why they are a terrorist organization,” Kerry added.

The secretary called off a trip to Cairo on Tuesday when Egypt intervened to propose the ceasefire, to be followed by negotiations within 48 hours.

“Secretary Kerry has been deeply engaged in conversations with Prime Minister Netanyahu, Egyptian government officials and President Abbas throughout this difficult period, and the United States remains committed to working with them and our regional partners to find a resolution to this dangerous and volatile situation,” State Department spokeswoman Jen Psaki said.

Egyptian, American and European officials continued to work intensively through the day to effect a ceasefire, but to no avail.

Despite the resumption of retaliatory raids on Gaza, Israel let it be known that it would return to the ceasefire if Hamas would halt its attacks as of Tuesday night.

Netanyahu, whose security cabinet voted 6-2 earlier on Tuesday to accept the truce, had cautioned that Israel would respond strongly if rockets continued to fly.

He said he expected the “full support from the responsible members of the international community” for any intensification of Israeli attacks in response to Hamas spurning a truce.

“We still have the possibility of going in [to Gaza], under cabinet authority, and putting an end to (the rockets),” Amos Gilad, a senior Israeli defense official, said.

Hamas said it would not agree to a ceasefire unless Israel ended its blockade of Gaza and  Egypt reopens the Rafah crossing with Gaza, imposed after the military ousted President Mohammed Morsi, a Muslim Brotherhood member, a year ago.

The Egyptian proposal made no mention of Rafah or when restrictions might be eased.

Eilat was the target of rocket attacks on Tuesday, one of the rockets landing in a building parking lot.

Reuters said that they were launched by Islamist terrorists in Egyptian-controlled Sinai.

MDA said that three people were lightly injured from glass shards and were taken to the Yoseftal Hospital in Eilat. The injured included a woman in her 60s and a man and a woman in their 20s. Seventeen other people were treated for shock.

Responding to a question presented to him in an interview broadcast by the Palestinian Authority, Khreisheh said:

“Please note,” he added, “that many of our people in Gaza … said that the Israeli army warned them to evacuate their homes before bombardment. In such a case, if someone is killed, the law considers it a mistake rather than intentional killing, because (the Israelis) followed the legal procedures.”

By contrast, Khreisheh said that Hamas does not warn civilians before firing on them and by doing so is committing a war crime: “As for the missiles launched from our side, we never warn anyone about where these missiles are about to fall, or about the operation we carry out.”

Given these facts, the envoy dismissed the prospects of pressing charges against Israel in international courts: “Therefore, people should know more before they talk emotionally about appealing to the ICC,” the International Criminal Court at The Hague against Israel.