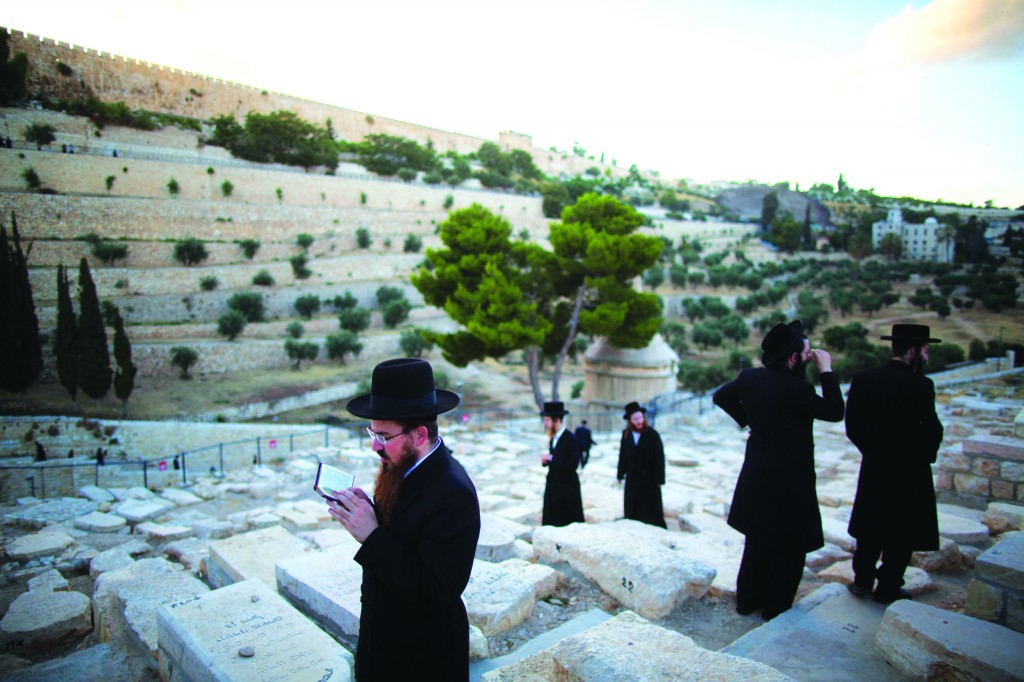 As rockets rained on major cities and after a tense standoff with rioting Palestinians only days earlier, thousands gathered Tuesday on Har Hazeisim to mark the yahrtzeit of the revered Ohr Hachaim hakadosh.

Although a year earlier visitors were pelted with rocks, that did not deter many more from coming this year to be mispallel for the security of the yishuv, thanks to efforts by the International Committee for the Preservation of Har Hazeisim.

Yanky Bichler, who represents the ICPHH in Israel, enlisted the cooperation of Eli Bin, the director of Magen David Adom and Yosi Perienti, the commander of the Israeli Police in Yerushalayim, to help see the event through without incident.

“It was important to demonstrate to the Jewish world that Har Hazeisim was no longer abandoned and that at a time like this when Jews wanted to pour their hearts out at the kever of the Ohr Hachaim hakadosh that they do so in complete safety,” said ICPHH Chairman Avrohom Lubinsky. He noted that in addition to the thousands who came to the tziyun of the Ohr Hachaim on his yahrtzeit (the 15th of Tammuz), his kever is among the most visited on Har Hazeisim.