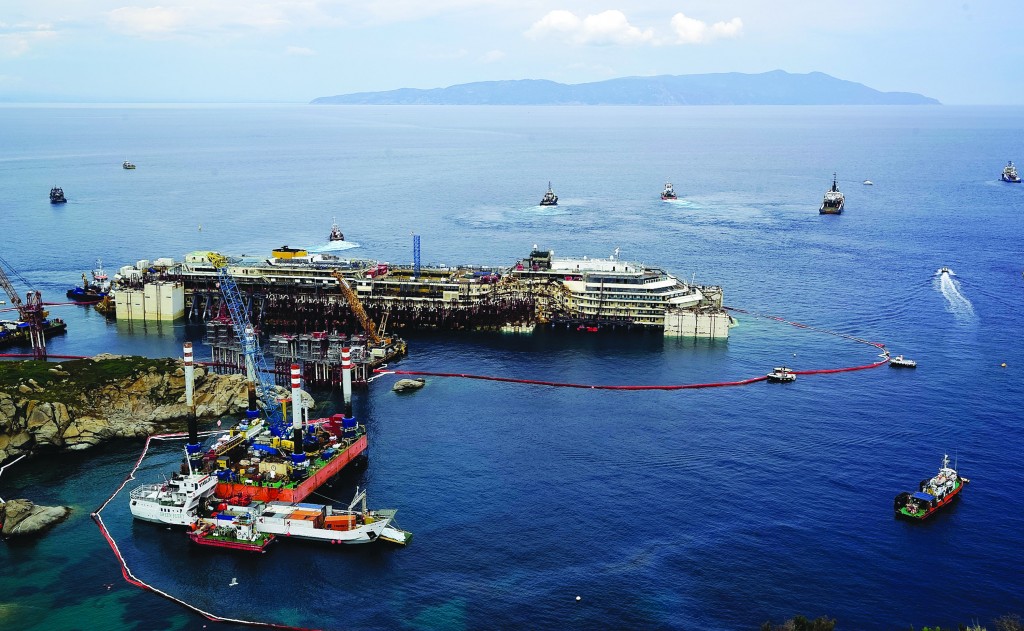 The shipwrecked Costa Concordia was successfully refloated Monday in preparation to be towed away for scrapping, 30 months after it struck a reef and capsized, killing 32 people.

Authorities expressed satisfaction that the operation to float the Concordia from an underwater platform had proceeded without a hitch. Technicians later shifted the massive cruise ship some 30 meters (yards) before ending the day’s operations.

“Another day, and the worst is over,” said the head of the salvage operation, Nick Sloane.

The entire operation to remove the Concordia from the reef and float it to Genoa, where it will be scrapped, will cost a total of 1.5 billion euros ($2 billion), Costa Crociere SpA CEO Michael Tamm told reporters.

The heavily listing ship was dragged upright in a daring maneuver last September, and then crews fastened huge tanks to its flanks to float it. Towing is set to begin July 21. It’s about 200 nautical miles to Genoa and the trip is expected to take five days.

Concordia’s Italian captain is being tried in Tuscany for manslaughter, causing the shipwreck and abandoning ship before all were evacuated.