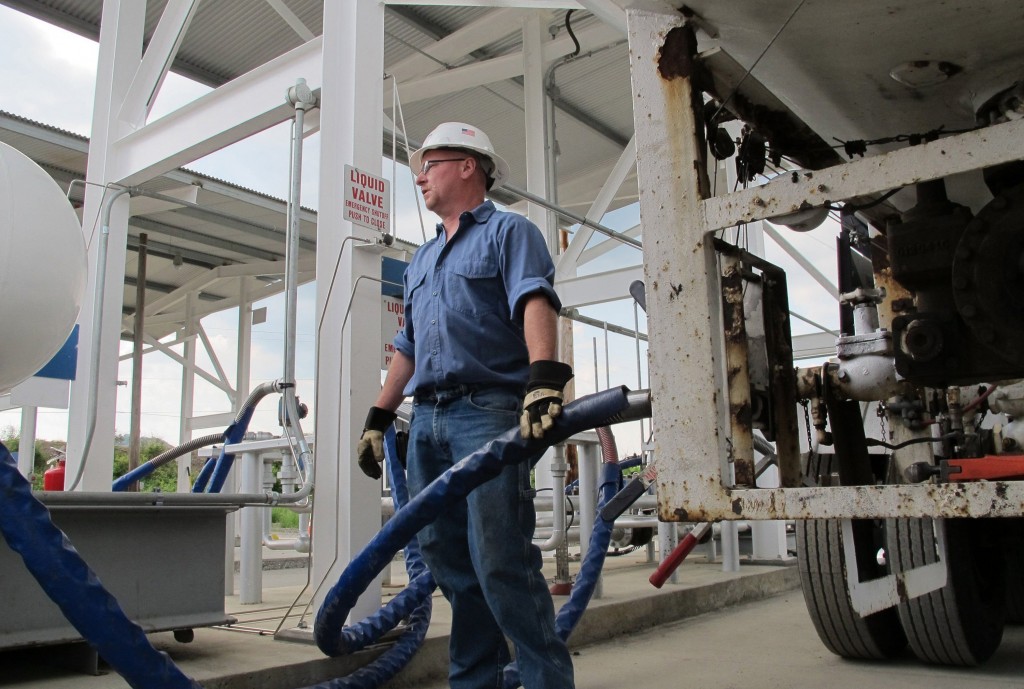 America is awash in propane, a byproduct of booming oil and natural-gas production. Yet getting it to markets at home and abroad is challenging and controversial.

Long a niche in the energy sector, propane today is generating interest. Record exports and supply disruptions this past winter have refocused attention on propane, after prices went through the roof for consumers, businesses and farmers alike.

Congress and the Obama administration are studying a possible strategic propane reserve, to function like the ones for crude oil and home-heating oil. Efforts to create additional private-sector propane storage are resisted at the local and state levels.

“If they could do it with heating oil, they could certainly do it with propane,” said Andrew Heaney, chief executive of Propane.pro, a national online marketplace that connects buyers and sellers of residential propane. “This is a vital fuel type, and there is a real danger of having another shortage. … It just makes sense to put some kind of buffer into the system. It’s just common sense. It’s an insurance policy against disaster.”

About 50 million homes use propane for winter heating, water heaters, stoves and other appliances. Far from being a winter product used just in homes across the Midwest or New England states, propane has many farm and commercial uses. California, Florida, Illinois and North Carolina are among the largest users of propane.

America’s ongoing energy boom has meant a rapid rise in propane production. Propane is a hydrocarbon byproduct of the cleaning process in natural-gas production and of petroleum refining.

Because of its ready availability and a growing global demand for it, drillers in such places as Texas, North Dakota, Ohio and Pennsylvania are increasingly producing liquefied petroleum gases, namely propane and butane.

The supply of LPG exceeds the American demand for it. Companies are racing to export the excess to Latin America, Europe and Asia. New export terminals are planned for such places as Beaumont, Texas, and Longview, Wash.

Despite the boom, homeowners across the nation either couldn’t get propane last winter or paid dearly for it. Facing a national supply crisis in February, federal regulators intervened, ordering pipeline operators to give priority to propane shipments to markets where some residents were without heat.

The winter crisis prompted a May 1 Senate hearing, triggered Energy Department studies and sparked calls for such measures as banning exports and creating a strategic reserve like those for oil, begun in 1974, and home-heating oil, begun in 2000.

“The macro situation is that there are still no restrictions on export of propane, no controls on export of propane. The government has no idea how much propane there is in the country until it’s too late,” Heaney said, arguing for a strategic reserve. “What we saw last winter was an absolute disaster. The public is no less exposed at this point than it was at the beginning of last winter.”

“The real culprit is storage,” said Joe Rose, president of the Propane Gas Association of New England, arguing that whether it’s through the government or the private sector, more propane must be set aside over the lower-use summer months to assure sufficient supplies during the winter.

“We certainly felt it was a natural disaster, like a hurricane or tornado, and that people should not be profit-taking,” said Ahrens, whose state uses propane on farms and to heat 1 in 10 homes.

“If you put a dollar amount on all the pain and suffering … last year, you might be able to support some sort of government purchase of propane through the summer to build those inventories.”