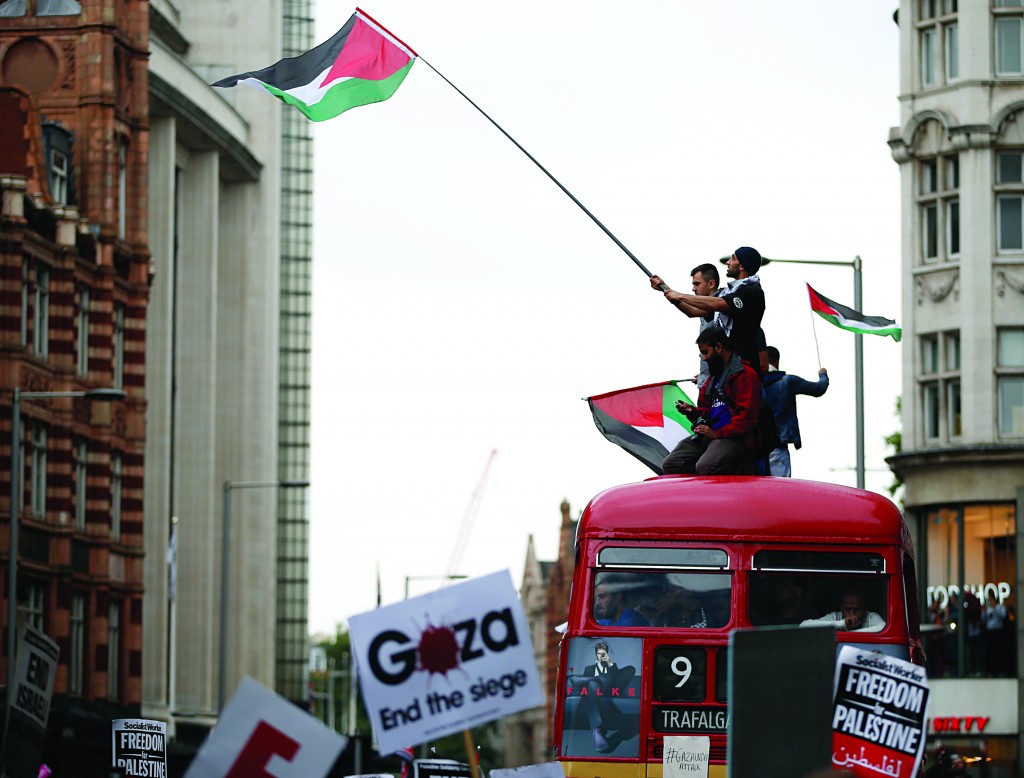 Pro-Palestinian protesters tried to force their way into a Paris synagogue Sunday with bats and chairs, then fought with security officers who blocked their way, according to police and a witness.

Prime Minister Manuel Valls said two Paris synagogues had been targeted by unspecified violence that he called “inadmissible.” In a statement, he said, “France will never tolerate using violent words or acts to import the Israeli-Palestinian conflict on our soil.”

A police spokeswoman said
the Don Isaac Abarvanel synagogue in eastern Paris was targeted during a service, and people were blocked inside while police pushed protesters back. The spokeswoman said all those inside left safely by Sunday evening.

Aline Le Bail-Kremer watched the incident unfold from her window across the street. She said protesters came from two directions and converged on the synagogue, grabbing chairs from sidewalk cafes and wielding bats as they tried to push past security guards.

Some 150 people were inside for a ceremony honoring three Israeli teens recently killed, said Le Bail-Kremer, a representative of anti-racism group, SOS Racisme.

In Germany, police allowed an anti-Israel protester to climb inside a police car and shout slogans including “child murderer Israel,” through a police megaphone, a spokeswoman for Frankfurt’s police said Sunday.

Police let the protester use the megaphone during a Free Gaza demonstration because he had offered to calm down a protest that had turned violent, spokeswoman Virginie Wegner told The Associated Press.

“We as police had come up spontaneously with this unusual method and he abused it — we didn’t expect that,” Wegner said, adding that police were investigating the incident. “Police are neutral during protests.”

Instead of calming things down, the protester — whose identity was not revealed — shouted anti-Israel slogans in German and Arabic in downtown Frankfurt. A widely circulated video shows a crowd following the police car, cheering and repeating the chants.

More than 2,000 people participated in the Frankfurt protest, many waving Palestinian flags and wearing T-shirts calling for a boycott of Israeli products.

The head of the Central Council of Jews in Germany, Dieter Graumann, condemned the incident.

“I’m shocked that a German police car was used to spread hatred and agitation,” Graumann told the AP. “It was a big mistake that the police let themselves be used for this.”