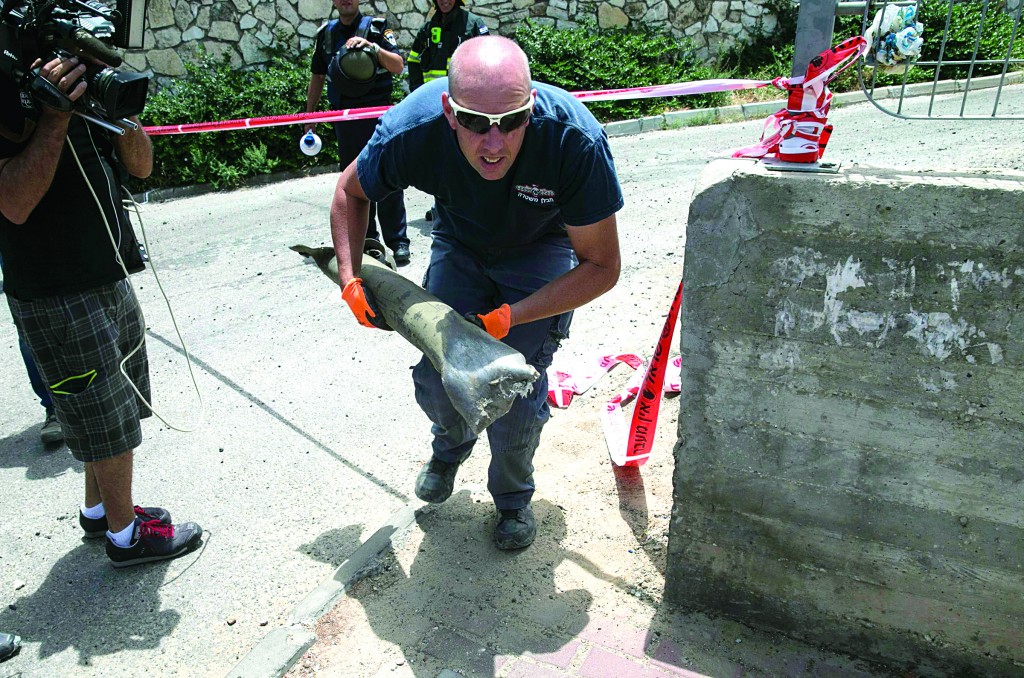 Israel pressed on with Operation Protective Edge on Sunday, despite a noticeable letup in the intensity of the rocket barrage from Gaza.

This has been happening while Israel received more and more diplomatic overtures from various directions hinting clearly that Hamas would like to arrange a
ceasefire. However, Israel has turned away all contacts, saying it will not call off its military action until Hamas calls a halt to its missile and rocket attacks and commits unconditionally to returning to the ceasefire arrangement put in place after Operation Pillar of Defense.

Meanwhile, the IDF completed the mobilization of 40,000 of the 50,000 reserves it was authorized to call up and has readied itself for a ground offensive on short notice.

It appeared that the aim of the senior civilian and military echelons is not to destroy Hamas but to restore the status quo and protect the Israeli population. It is reasonable to expect that Israel will seek a weakened Hamas without the capacity for attack but with enough strength to keep order in Gaza.

Hamas has been attempting to create a victorious image, but Israeli defenses have been too strong.

The dilemma facing Israel is what to attack and when. The desire is to avoid harming those who are not involved in the conflict. Any action which might harm innocent civilians requires a specific authorization from a senior officer. According to international law, it is permitted to cause civilian casualties within certain limits in order to combat terrorists; but the IDF is doing all it can to avoid it as much as possible.

On Sunday, there was a decrease in the number of projectiles launched. But it was not significant enough to signal a definite trend, and it may simply be that Hamas is taking a slight respite.

Israel has launched more than 1,350 air strikes since the campaign began, military spokesman Lt. Col. Peter Lerner said Sunday. This compares with a total of 1,200 during Operation Pillar of Defense.

Palestinian terrorists have launched some 860 rockets at Israel since the start of the current conflict, including 130 in the last 24 hours.

Gazan rockets reached almost as far as Haifa on Sunday, and two were brought down by the Iron Dome over Tel Aviv. Warning sirens sounded in Hadera, Zichron Yaakov and Binyamina, south of Haifa. Shrapnel from a rocket intercepted over Rishon Lezion fell into the city.

On Sunday afternoon, a 16-year-old was seriously wounded in the chest by shrapnel from a Hamas rocket that struck Ashkelon and taken to Barzilai hospital in the city. Ironically, he was running for cover in a Magen Dovid Adom bomb shelter when the rocket landed in front of him, just a few yards from the shelter.

A man in his 50’s was also lightly hurt in the same attack, and several people were treated for shock.

Magen Dovid Adom reports that its personnel have treated 238 injured since Operation Protective Edge began a week ago.

Earlier, at 6:05 a.m., a 70-year-old woman was hurt while rushing to safety in an air raid. She was taken to Wolfson hospital in Holon. In a similar incident just five minutes later, a 75-year-old woman in Rishon L’Tzion slipped on the way to a shelter and was taken to a hospital. At about the same time, paramedics were dispatched to help a 65-year-old woman who fell during the air raid and suffered bruises to her face and hands.

About 4:00 p.m., sirens were sounded all across the greater Tel Aviv area, in the Sharon plains and in the Western Galil. Iron Dome intercepted two rockets that were fired at Tel Aviv. One rocket fell in an uninhabited area near Nahariya. So far, no injuries or damages were reported.

Magen Dovid Adom counted 42 people who required treatment for shock from the attacks, in Ashkelon, Holon, Bat Yam and elsewhere.