National No Iran Breakthrough With Kerry In Vienna
National 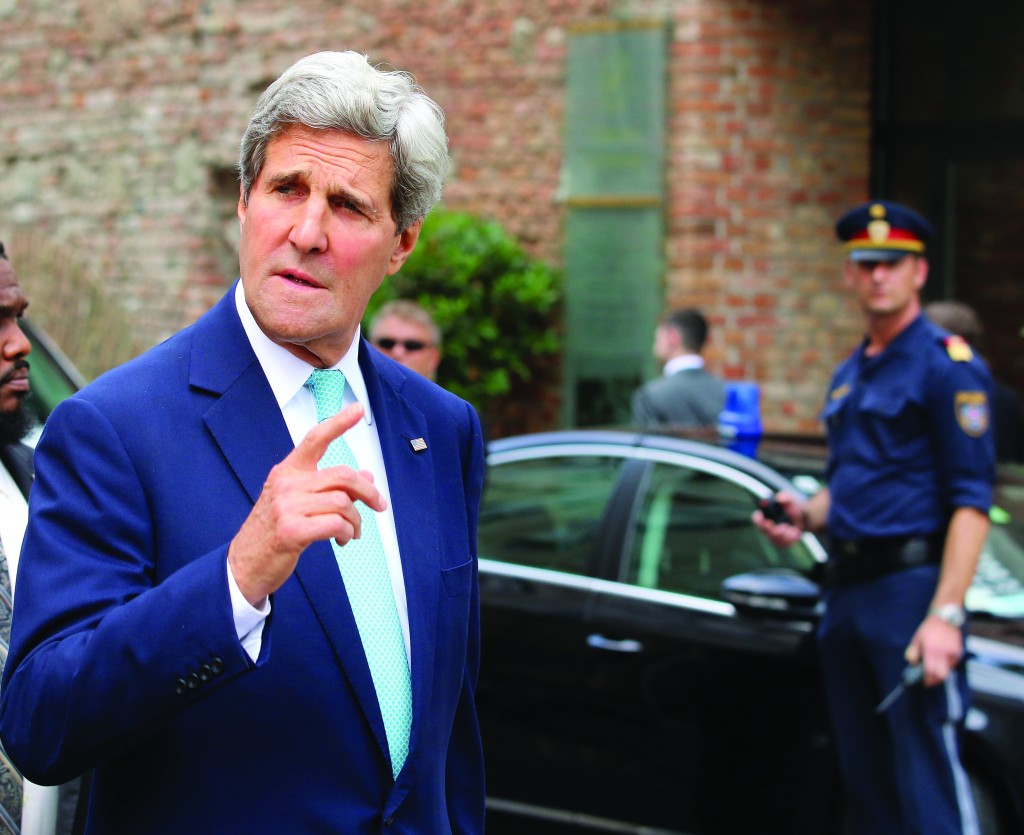 Joint efforts by Secretary of State John Kerry and three other Western foreign ministers failed Sunday to advance faltering nuclear talks with Iran, with the target date for a deal only a week away.

“There has been no breakthrough today,” said British Foreign Secretary William Hague after meetings with Kerry and the foreign ministers of France, Germany and Iran.

The trip gave Kerry a chance to ease an espionage dispute with Germany. After meeting with German Foreign Minister Frank-Walter Steinmeier, both stressed the importance of their cooperation in solving global crises, yet offered little indication they have fully mended ties.

But the dispute over Iran’s enrichment program appeared to be defying the Western foreign ministers’ combined diplomatic muscle.

“There is a huge gap” over enrichment, said Hague, in comments echoed by the other foreign ministers.

Kerry and Hague stayed on for another day of diplomacy. Still, the dispute and other differences strongly indicated that six world powers and Tehran will need to continue negotiations until July 20 and could decide to extend their talks past that informal deadline for a deal.

“Obviously we have some very significant gaps still, so we need to see if we can make some progress,” Kerry told reporters before a meeting with European Union foreign policy chief Catherine Ashton, who is convening the talks.

“It is vital to make certain that Iran is not going to develop nuclear weapons, that their program is peaceful. That’s what we are here trying to achieve.”

Steinmeier said he and other Western foreign ministers had made clear in meetings with Iranian officials that “the ball is in Iran’s court.”

“It is now time for Iran to decide whether they want cooperation with the world community or to stay in isolation,” he told reporters.

Kerry arrived in Vienna after a diplomatic bounce in Afghanistan, where he persuaded rival presidential candidates to agree to a full audit of their recent runoff election. They also agreed to a power-sharing arrangement.

Iranian hardliners oppose almost any concession by moderate President Hassan Rouhani’s government. In the United States, Republicans and Democrats have threatened to scuttle any emerging agreement because it would allow Iran to maintain some enrichment capacity.

An interim deal in January effectively froze Iran’s program, with world powers providing sanctions relief to Tehran of about $7 billion. The two sides also agreed to a six-month extension past July 20 for negotiations to reach a comprehensive deal if necessary.

Steinmeier was more direct. Calling good bilateral relations “indispensable,” he acknowledged recent “difficulties” and urged that relations “revive on the basis of trust and mutual respect.”