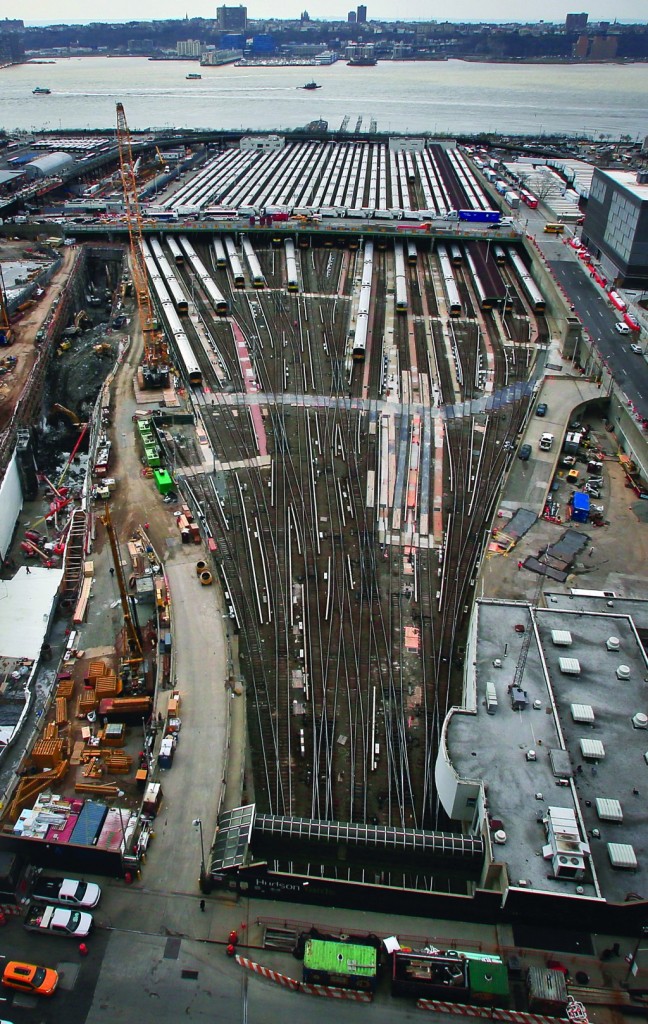 It was once a gritty stretch of Manhattan known for rail yards, warehouses and aging industrial buildings, so desolate it was dubbed “The Wild, Wild West.”

Now, one of the nation’s biggest private construction projects is transforming a stretch of Manhattan’s West Side into a cluster of 20 new buildings — 17 of them high-rises — so tightly packed that it has earned a new, not always complimentary, nickname: Kong on the Hudson.”

“This is going to be the new heart of New York,” says Michael Samuelian, a project manager for the $20 billion Hudson Yards.

This development and the adjacent $4.5 billion Manhattan West complex comprise the city’s most ambitious private real estate ventures since Rockefeller Center went up in the 1930s.

When fully completed in 2024, the two projects will offer more than 22 million square feet of space, including about 6,000 residential units — more footage than the rebuilt World Trade Center in lower Manhattan.

That is being accomplished, in part, through a feat of engineering: the construction of massive concrete platforms that allow the buildings to rise above and around active railroad tracks and rail yards.

“This is what keeps me awake at night,” says Dennis Friedrich, CEO of Manhattan West developer Brookfield Office Properties, as he stands by “The Launcher” — a $7 million, Italian-made hoisting machine created to lift 16 bridge-like concrete spans into place for the $300 million platform.

Each of the 240-foot spans — weighing about 2,400 tons, or the equivalent of 187 city buses — is inched into place in the middle of the night when train traffic is sparse.

Construction on Manhattan West’s first, 65-story office tower will start after the platform is finished by year’s end. Hudson Yards’ wider platform relies on more traditional technology, requiring 253 columns to hold it up.

While the platforms are strong enough to support the weight of newly planned parklands and art-filled public spaces, the new high-rises themselves will rest on load-bearing steel columns planted into Manhattan bedrock.

The plan for Hudson Yards, occupying an area between 30th and 34th streets bordered by Tenth Avenue and the West Side Highway, features 16 buildings — 14 of them skyscrapers. Its tallest building — an 80-story skyscraper with an outdoor observation deck higher than the open-air one at the Empire State Building — will be home to the corporate headquarters of Time Warner by 2019.