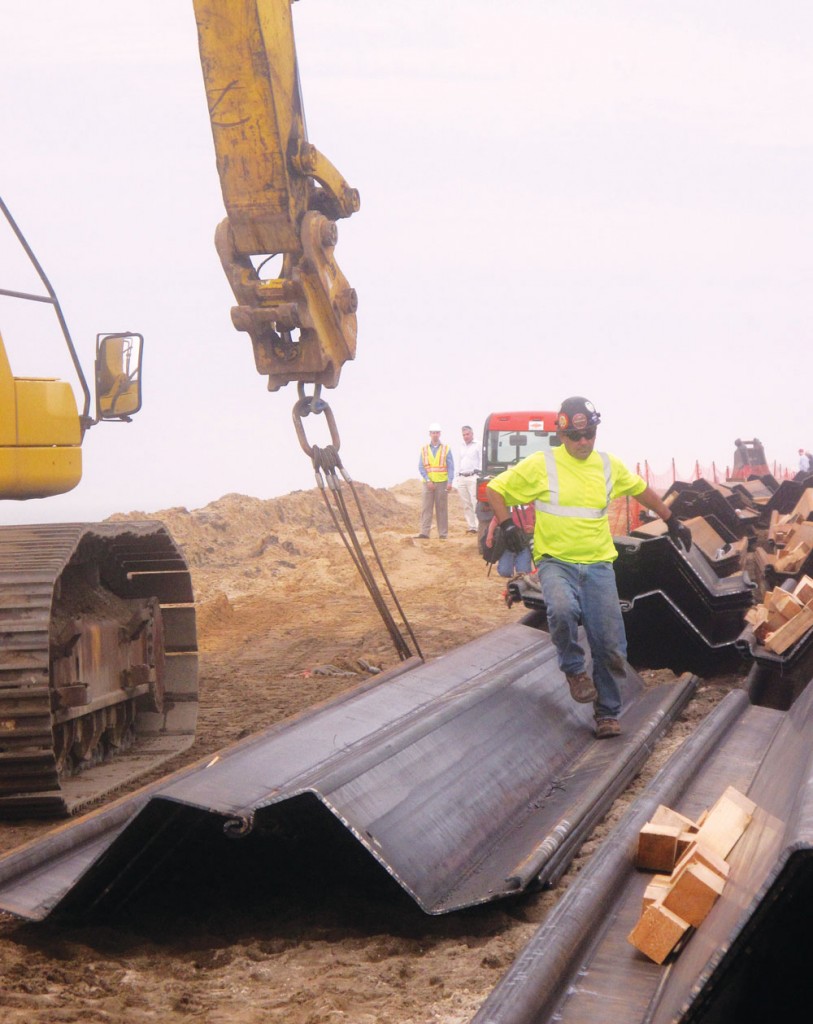 Two wealthy New Jersey shore towns that were among the hardest-hit by Superstorm Sandy nearly two years ago began building a 4-mile-long steel wall Thursday, an expensive effort that the state says is needed to protect the communities but that some residents and environmentalists oppose.

Officials watched Thursday morning as the work began at a point where the Atlantic Ocean tore through the sand and cut a channel on the other side of the barrier island the communities share, destroying a major highway and part of a crucial bridge during the Oct. 29, 2012, storm.

The steel wall will be buried in sand and span the length of Mantoloking, where virtually all of its 521 homes were damaged or wiped off the map, and the oceanfront section of Brick Township, its neighbor to the south, where gas-fed fires burned much of what Sandy did not wash away.

The 45-foot-long steel sheets will be driven 30 feet into the ground and eventually covered by sand, which will form a dune system 22 feet above sea level.