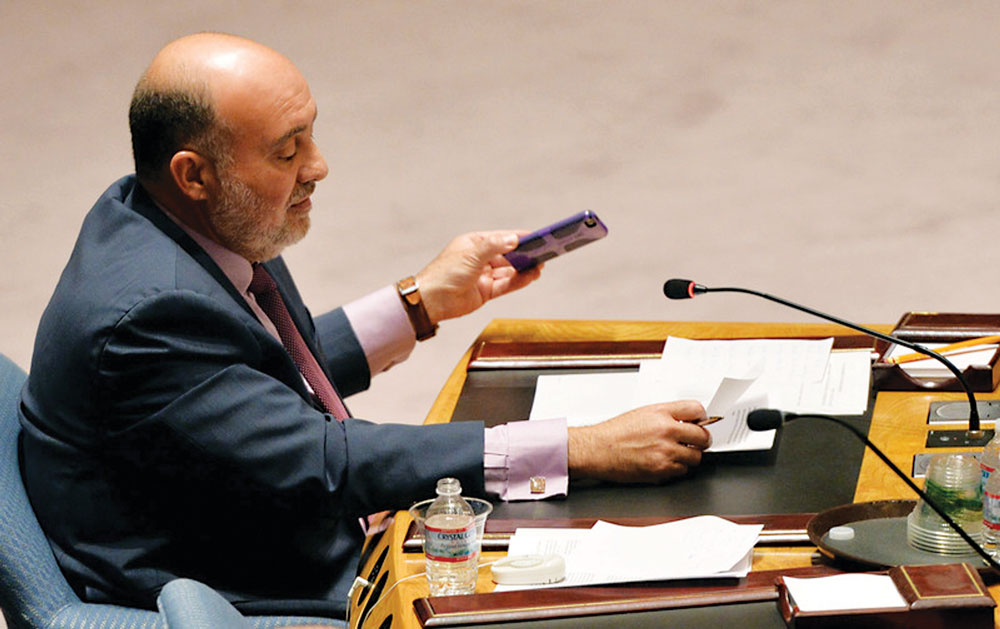 As Israel intensified its military offensive on Gaza terrorists on Thursday, diplomatic pressure from the international community to de-escalate also intensified.

The United Nations Security Council convened Thursday for a special session, at the request of the Arab delegates, to condemn and try to halt the IDF’s Operation Protective Edge.

U.N. Secretary-General Ban Ki-moon, who briefed the Security Council on the crisis, called it “one of the most critical tests the region has faced in recent years. Gaza is on a knife-edge. The deteriorating situation
is leading to a downward spiral which could quickly get beyond anyone’s control,” he told a news conference.

Efforts to calm the region have been global. In Washington, the State Department said Kerry spoke by phone with Netanyahu and planned to talk to Abbas to urge both sides to de-escalate the crisis.

Israeli Prime Minister Binyamin Netanyahu confirmed he spoke to Kerry, Ban and German leader Angela Merkel. “Today I spoke with several world leaders. I appreciated their expressions of strong support for our right and our duty to defend ourselves, and this is what we will continue to do,” he said.

Netanyahu has repeatedly said that once the rockets stop, the IDF will reciprocate. But the rockets haven’t stopped, and as he had warned, the Israeli military offensive has been stepped up.

At the Security Council, where Israel has historically been the world’s punching bag, Israel hit back on Thursday.

In a dramatic moment that will be long remembered, Israel’s ambassador Ron Prosor suddenly played the piercing, rising and falling, 15-second air raid siren that has sent Israelis running for cover night and day for the past week.

Prosor told the council that Hamas is “intentionally and indiscriminately” threatening 3.5million Israelis and “no nation, no people and no government could tolerate this.”

Egypt said it spoke to both sides about ending the violence. The office of Egyptian President Abdel-Fattah el-Sissi said he held “extensive contacts with all active and concerned parties” to end the fighting.

Egypt negotiated a cease-fire that ended the 2012 fighting. But the change in leadership in Cairo, from the Muslim Brotherhood to the election of el-Sissi, which is notably hostile to Hamas, could mean that Egypt has less leverage than in the past.

As part of a diplomatic offensive, Foreign Minister Avigdor Lieberman on Thursday sent a letter to his counterparts around the world explaining Israel’s position, and highlighting the restraint it has practiced in the face of terrorist provocation.

Israel, said Lieberman, has “shown great restraint prior to this operation. Our intention was to restore the calm without a major military operation. However, Israel’s repeated efforts to achieve calm were met with increased rocket fire by what is becoming a Hamas terrorist state.”

Therefore, he wrote, “Israel launched an operation of self-defense, “Protective Edge,” on July 7th, to counter these attacks, to defend our citizens and secure for them a life without constant threat. Although we are not interested in escalation, we will do whatever is necessary to defend our citizens.”

A certain irony was noted in that Lieberman has until now been a high-profile advocate of sterner security measures, including a proposed retakeover of Gaza, and ostensibly ended his party alliance with Netanyahu because of the latter’s overly moderate policy.