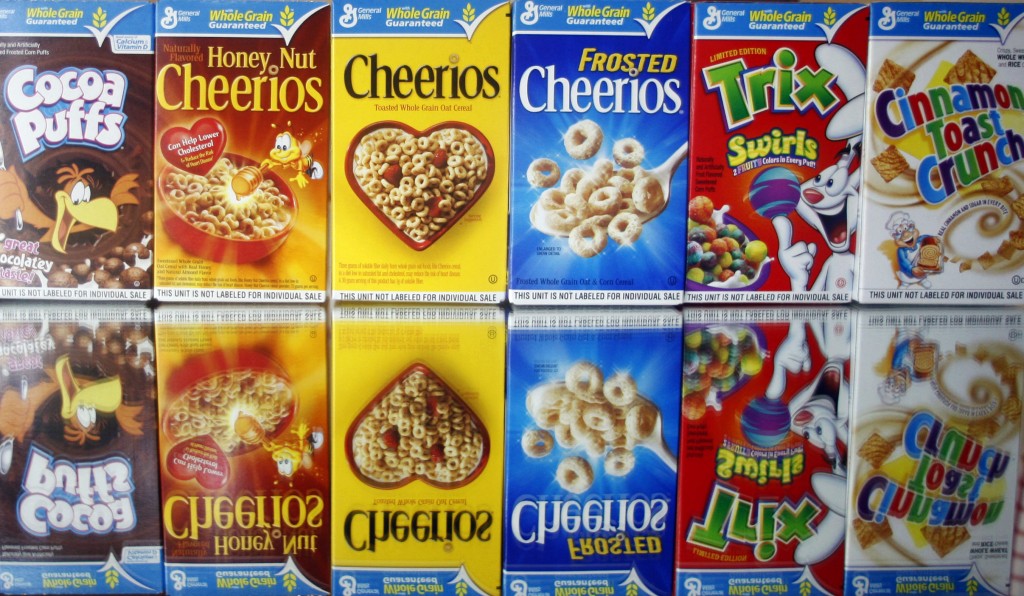 General Mills hopes a pinch of cinnamon and a dash of fiber will be a recipe for stronger sales.

The Minneapolis-based company is doing things like adding more cinnamon to its Cinnamon Toast Crunch cereal and rolling out fiber-packed “better for you” cookies to boost the performance of its brands, which include Pillsbury dough, Betty Crocker baking mixes and Progresso soups.

General Mills executives sat down with The Associated Press this week to discuss these and other ways the company is trying to increase sales, which were essentially flat in its last fiscal year.

The company, which last month announced a cost-cutting plan that will include a review of its manufacturing plants, is working to adapt its offerings as it grapples with the changing eating habits of Americans.

The surging popularity of Greek yogurt in recent years, for instance, blindsided the company’s Yoplait yogurts. And the move toward foods that people think are fresher has hurt Hamburger Helper, which last year was renamed “Helper” in a nod to people who prefer chicken.

Here are some insights executives shared with AP ahead of the company’s investor day in New York City:

General Mills is entering the cookie aisle for the first time with a “better-for-you” cookie. Its new Fiber One cookie has 5 grams of fiber and 120 calories. A Pepperidge Farm chocolate chip cookie, by contrast, has no fiber and 140 calories.

Food makers have been adding nutritional benefits — particularly fiber and protein — to a wide variety of products, to ease the guilt often associated with snacking. Fiber One, for instance, started as a cereal but has since expanded to a variety of snacks, including brownies and, more recently, a blueberry streusel bar.

Reminding People Why They Love Cereal

General Mills is adding more cinnamon to Cinnamon Toast Crunch cereal and reformulating Trix cereal to make them taste fruitier. The tweaks will be broadcast in ads this summer.

It sounds simple, but the strategy apparently works. Last year, General Mills said it was able to boost sales of Cocoa Puffs by touting their more chocolatey taste.

Still, overall cereal sales in the U.S. have been sluggish in recent years, with people increasingly turning to alternatives like Greek yogurt and breakfast sandwiches from fast-food chains.

Cereal in China: Not a Thing Yet

Figuring out how to get the Chinese to love a bowl of cold cereal in the morning is turning out to be a difficult task.

The problem is that the typical breakfast in China is warm and savory, said Chris O’Leary, chief operating officer for General Mills’ international division. Therefore, he said that cereal in China is “not a top priority” for General Mills at the moment, but the company still hopes to crack the market one day.

For now, O’Leary said General Mills has switched to testing in select markets in China, rather than trying to tackle the country as a whole. Without providing details, he said the company is selling a version of Cheerios in those markets.

General Mills executives say convenience stores are turning to packaged foods and drinks as a way to make up for the steep declines in cigarette sales over the years.

Therefore, the company is hoping to capitalize by developing products specifically for convenience stores. In Iowa, for instance, it recently tested ready-to-eat Pillsbury cinnamon rolls that come four to a package for about $2. Bethany Quam, president of the company’s convenience & foodservice unit, said the idea is to make foods portable and easy to eat on the go: She noted that 60 percent of the food purchased at convenience stores gets eaten within 15 minutes in the car.