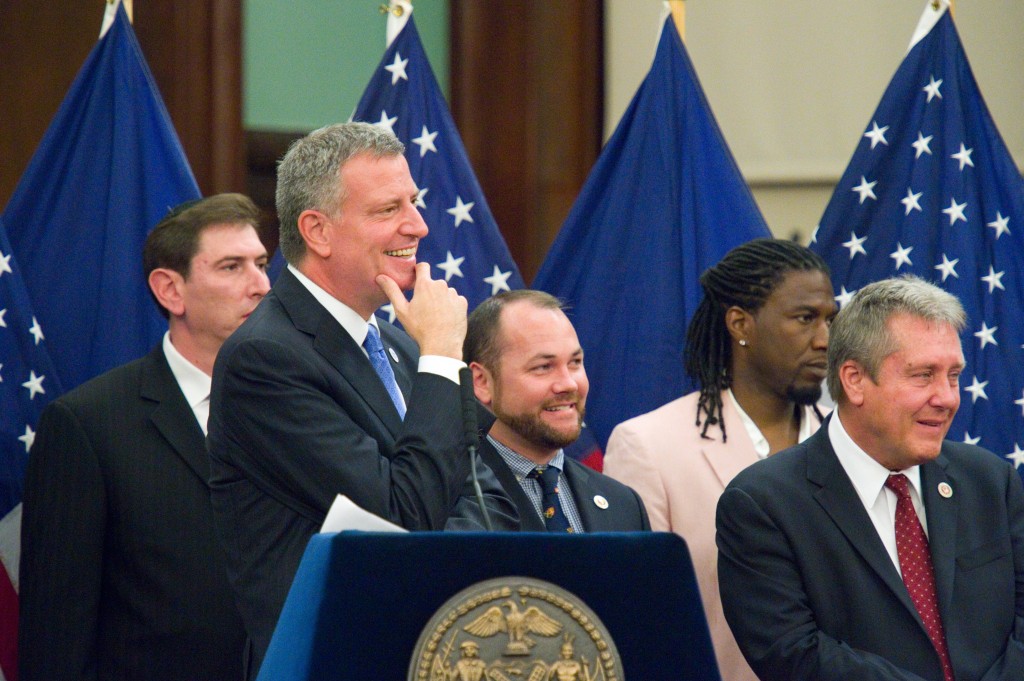 Councilman David Greenfield, a Democrat representing the area, sponsored the bill that passed the City Council two weeks ago naming the portion of 50th Street between 14th and 15th avenues “Weissmandl Way.”

Greenfield called Harav Weissmandl “an incredibly brave individual who dedicated many years of his life to saving countless Jews from mass deportation during the Holocaust.”

A ceremony to unveil the new street name and to install a permanent street sign will be announced later this summer.

Harav Weissmandl, who was niftar in 1957, dedicated his life to saving Europe’s Jews by leading the Working Group in its attempt to delay the mass deportation of Jews. He later reestablished the Nitra Yeshivah in New York.

“Weissmandl Way” joins a list of 62 other streets, boulevards and public places across the city named on Wednesday to honor people or army units, including for some who lost their lives in the terror attacks of Sept. 11, 2001.

“No city cherishes its streets more than New York,” de Blasio said. “…And to have a street named after you is one of our highest honors. The people and the entities that we recognize today will now be a permanent part of our city.”