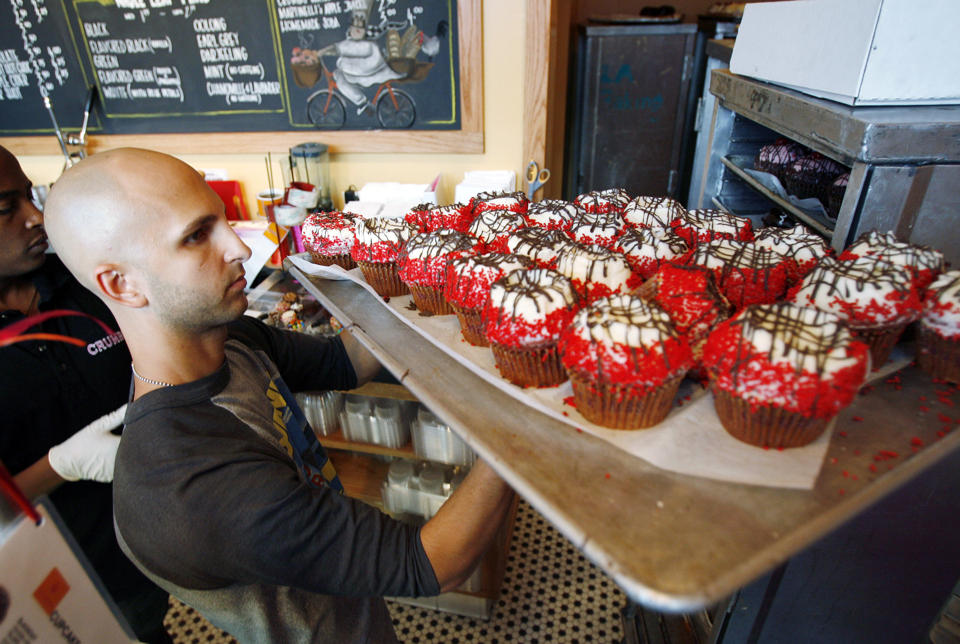 It turns out that being a one-hit wonder is risky.

When Crumbs, the New York City-based chain that built its business around cupcakes, shuttered several dozen of its remaining locations on Monday, it seemed like an abrupt ending for a company that opened a decade ago to ride the wave of popularity of the sugary treat.

But Crumbs’ rise and fall isn’t surprising when considering the company’s dependence on a fad. In fact, it’s the latest cautionary tale for businesses that devote their entire menus to variations of a single product.

— Krispy Kreme, for instance, expanded rapidly in large part on the passionate following of its doughnuts. But sales started declining, and the company ended up closing some locations. Last year, restaurant-industry researcher Technomic said Krispy Kreme had 249 locations, down from 338 a decade ago. The chain has broadened its menu more recently. Executives at Krispy Kreme, which celebrates its 77th anniversary later this week, weren’t available for comment.

— A similar fate befell Mrs. Fields, which is known for its cookies. The chain has suffered in part because of the ubiquity of places that sell cookies, and it was down to 230 stores last year, from 438 a decade ago.

— TCBY had 355 stores last year, down from 1,413 a decade ago. Part of the chain’s problem is the competition, given the proliferation of frozen-yogurt places. A representative for the parent company of Mrs. Fields and TCBY wasn’t immediately available.

Companies that only offer one item can fall victim to a number of risks. For one, trendy products tend to attract competition from big and small players that want to jump on the bandwagon. For instance, Starbucks and Cold Stone Creamery have been trying to capitalize on the cupcake trend with cake pops and ice cream cupcakes, respectively.

Being beholden to a single item also makes companies more susceptible to customers’ whims and changing tastes. There’s always a new fad. Frozen yogurt. Chopped salads. Freshly squeezed juices. Entrepreneurs may be eager to open stores selling these products, but there’s always the danger that fickle customers will move on to the next thing.

To combat the risks, many chains diversify their menus. And several have prospered by moving beyond their flagship products.

Dunkin’ Donuts, for instance, has been pushing aggressively into specialty drinks and sandwiches, with a focus on boosting sales after its morning rush hour. And Starbucks has introduced a range of new foods and drinks in its cafes, including premium bottled juices and salad boxes. The coffee chain even plans to expand wine and beer offerings in evenings to as many as 1,000 locations over the next several years.

The chain, which opened in 1996, has endured while many of the cupcake shops that opened up in its wake — including Crumbs — focused on just cupcakes. That’s in part because Magnolia, which now has seven U.S. locations, offers a variety of desserts, including cakes, pies, cookies, brownies and banana pudding.

Sara Gramling, Magnolia’s spokeswoman, said the company is learning about the dangers of focusing too heavily on one product, as well as expanding too quickly.

“We’ll be mindful of those lessons,” she said.

Still, some chains manage to persevere by carving out a niche where there aren’t many competitors; Auntie Anne’s and Cinnabon have expanded locations over the years.

As for Crumbs, the company noted in a statement late Monday that it was evaluating its “limited remaining options.” That will include a Chapter 7 bankruptcy filing. Crumbs did not provide comment beyond its statement.