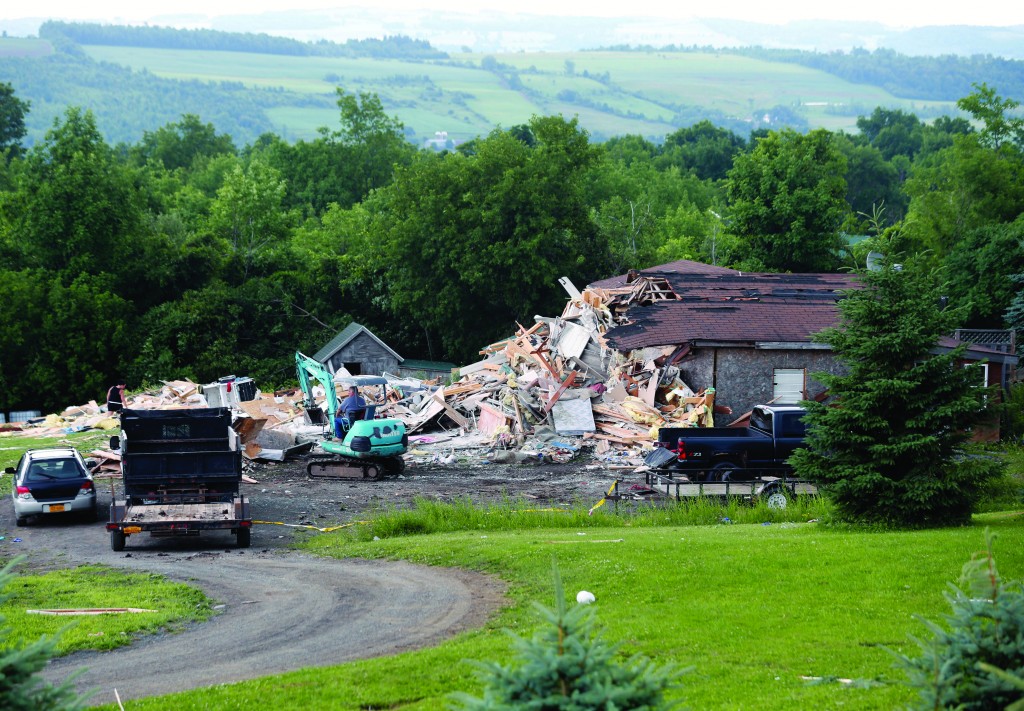 Residents of this rural central New York town on Wednesday picked through debris from homes battered by a deadly tornado, and utility crews worked to restore power in several Eastern states hit by severe storms.

In all, five people died Tuesday as strong thunderstorms blew down buildings, trees and utility lines and left hundreds of thousands without power into Wednesday. Barbara Watson, the meteorologist leading the weather service survey team in New York, said a tornado in Smithfield churned winds of at least 100mph and certainly reached undetermined higher speeds.

Gov. Andrew Cuomo said several other central and northern New York counties were damaged but added it was “nothing like what happened here in Madison County.”

The scene of the devastation was the latest Cuomo has visited in his nearly four years in office, during which the state has been hit by hurricanes, severe flooding and several damaging tornadoes. He attempted to attribute the natural disasters to “a pattern of extreme weather,” or climate change.

“We don’t get tornadoes in New York, right?” he said during a news conference in the town public works garage. “Anyone will tell you that. Well, we do now.”

Nearly 44,000 utility customers in central and northern New York were still without power at midday Wednesday.

In Lakewood, N.J., more than 2,000 JCP&L customers were reported without power due to a brief storm which passed through the area. Most of the power outages are in the West Gate area. The storm also took down several trees in Lakewood, including one which landed on a vehicle; nobody was injured.

The company is reporting about 40,000 customers without power throughout the state.