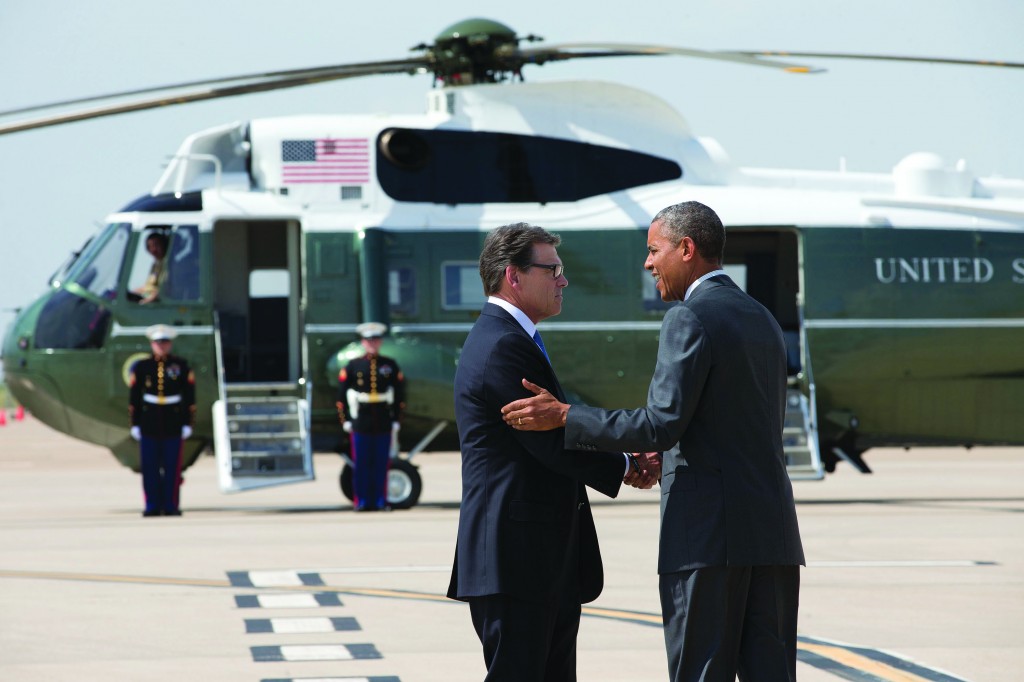 Tens of thousands of children streaming from chaotic Central American nations to the U.S. border have overwhelmed the government’s ability to respond, senior Obama administration officials testified Wednesday as they urged senators to agree to the president’s emergency spending request for the crisis.

But as President Barack Obama traveled to Texas, Republican opposition hardened to his $3.7 billion request, leaving any solution unclear. At the same time, the political pressures on the president appeared to grow from all sides, as Republicans denounced him on the Senate floor, and even some Democrats began to join GOP demands for him to visit the U.S.-Mexican border — calls the White House continued to reject.

Obama met with local leaders late Wednesday on the immigration situation — but in Dallas, not at the border. He also met with Republican Texas Gov. Rick Perry, who has prodded him to visit the border.

In Washington, Sen. John McCain (R-Ariz.), who has supported Obama’s stalled quest to remake the nation’s immigration laws, said he could not support the president’s spending request.

“I cannot vote for a provision which will then just perpetuate an unacceptable humanitarian crisis that’s taking place on our southern border,” McCain said on the Senate floor, where he was joined by fellow Arizonan Jeff Flake and Texas Republicans John Cornyn and Ted Cruz. They took take turns blaming Obama’s policies for causing the border situation, contending that his efforts to relax some deportations have contributed to rumors circulating in Central America that once here, migrant kids will be allowed to stay.

“Amnesty is unfolding before our very eyes,” Cruz said.

In the House, Speaker John Boehner was noncommittal about bringing the spending measure to a vote.

“If we don’t secure the border, nothing’s going to change. And if you look at the president’s request, it’s all more about continuing to deal with the problem,” Boehner told reporters.

Meanwhile immigration advocacy groups attacked the spending request from the left, saying it was overly focused on enforcement. A group of civil liberties organizations filed a lawsuit in Seattle against the Obama administration, arguing that the federal government is failing to provide the minors with legal representation.