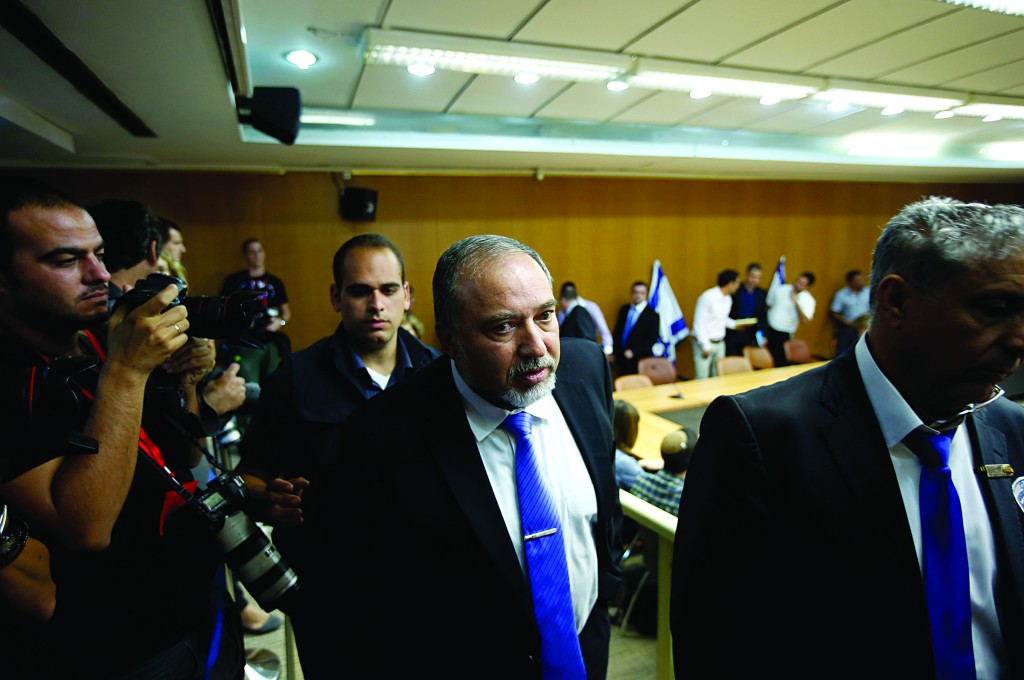 A furious dispute between Prime Minister Binyamin Netanyahu and Foreign Minister Avigdor Lieberman over how to handle the current security crisis in the south has provided the final impetus to undo their Likud-Beiteinu merger, a break that has been coming for months.

Lieberman announced on Monday that his Yisrael Beitenu party would go its own way, though it would not leave the government coalition. The joint list controlled 31 seats in the 120-member Knesset. Now Likud will have just 20 seats. With 11 seats of his own, Lieberman could potentially deprive the coalition of its 68-seat majority if he decides to leave.

“Differences between the prime minister and me have lately become substantial and fundamental,” Lieberman said at a news conference, referring to his advocacy of a more aggressive policy toward Hamas, including a proposed retakover of Gaza, in contrast to Netanyahu’s current restraint.

Impatience over the government’s handling of the crisis in which southern Israel faces barrages of rockets every day was given high profile.

“A situation in which a terrorist group has hundreds of rockets which it can decide any moment to use is intolerable,” Lieberman told the media. “There have been suggestions that we wait … but I don’t know what we’re waiting for.”

Lieberman acknowledged there had been a “heated debate” over the handling of the situation, but gave no details.

He also candidly admitted the two-party merger had never really merged. “The truth is this alliance did not work in the election or after it,” Lieberman said, though adding that he would remain a “loyal coalition partner.”

Yisrael Beitenu and Likud ran together as a joint list in elections last year, but the alliance did not fare as well as expected at the polls.

Coalition chairman Yariv Levin (Likud) was critical of Lieberman’s decision and said it would only help Likud in the next election.

“Even though both parties knew we would not be running together in the next election, he should have displayed responsibility and tried to continue working together in the current Knesset, rather than engage in petty politics during such a complex time.”

Levin expressed confidence that the move would result in Likud gaining voters at Yisrael Beitenu’s expense, since there were many Likud supporters who did not vote for the party in the last election because of its alliance with Yisrael Beitenu.

A Likud source downplayed the development, telling Haaretz newspaper that “the maneuver is not something to get excited over. Lieberman needs to rehabilitate his crashing poll numbers, and he has to distance himself from Netanyahu to regain his popularity.”

Reports have surfaced of brutal infighting at a cabinet meeting this week, in which Netanyahu accused those who criticize him and fan the flames of violence of acting irresponsibly for political reasons, according to sources quoted in Haaretz.

Lieberman shot back at Netanyahu: “You were the one who held a press conference after the kidnapped [teens’] funeral and before the cabinet and only spouted slogans without backing them up.

“You promised to deal a harsh blow on Hamas but nothing came of it and they continue to shoot at citizens.”

Netanyahu angrily rebuked him, saying, “You should first come to cabinet meetings, and only then talk in the media about policies.”

Still, Lieberman tried to smooth things over to keep the coalition going, at least for the present: “I am not attacking the prime minister — he has the right to his views. I see matters differently and I don’t hide it,” Lieberman said.

Predicting doom for the coalition, Herzog declared, “This is a government that has frozen its dealings and thus is on the verge of complete dissolution.

“After expressing his lack of confidence in the prime minister, Lieberman should have left the government at once. I also suggest that Tzipi Livni and Yair Lapid leave the government and join us for a great political move that would provide the public with an alternative path.”