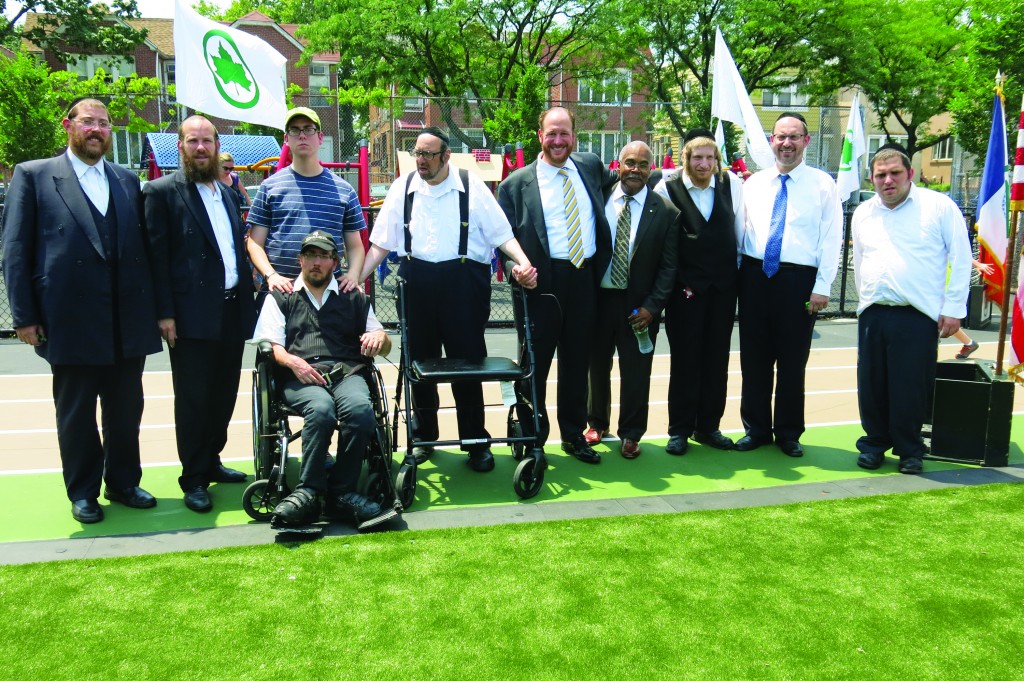 The Orthodox neighborhood with one of the densest population of children in the city on Tuesday welcomed the new park to the neighborhood at a ribbon- cutting ceremony in the rear of P.S. 192 on 47th and 48th Streets and 18th Avenue.

Councilman David Greenfield and State Senator Simcha Felder, both Democrats who represent the area and who obtained funding for the multi-million dollar project, were joined by Brooklyn Parks Commissioner Kevin Jeffrey, and P.S. 192 Principal Liset Issac.

“We have literally turned a wasteland into a beautiful new park,” Greenfield said.

“For many years, the standard joke was that Boro Park didn’t have any parks,” Felder said. “Today … this park promises to be one of the best in the City.”

Some of the park’s amenities include a running track, tennis court, basketball hoops, a tot lot, an area for 5- to 12-year-olds and a play area specially designed to accommodate children in wheelchairs. Maps and games are painted on the asphalt.

Students at P.S. 192 will use the park during school hours, and the public will have complete access to it after school and on weekends and holidays until dusk.

In a press release Tuesday, Greenfield said he is working on renovating every single park and playground in his district, including Gravesend Park, which is known as the 18th Avenue Park, and Friends Field.