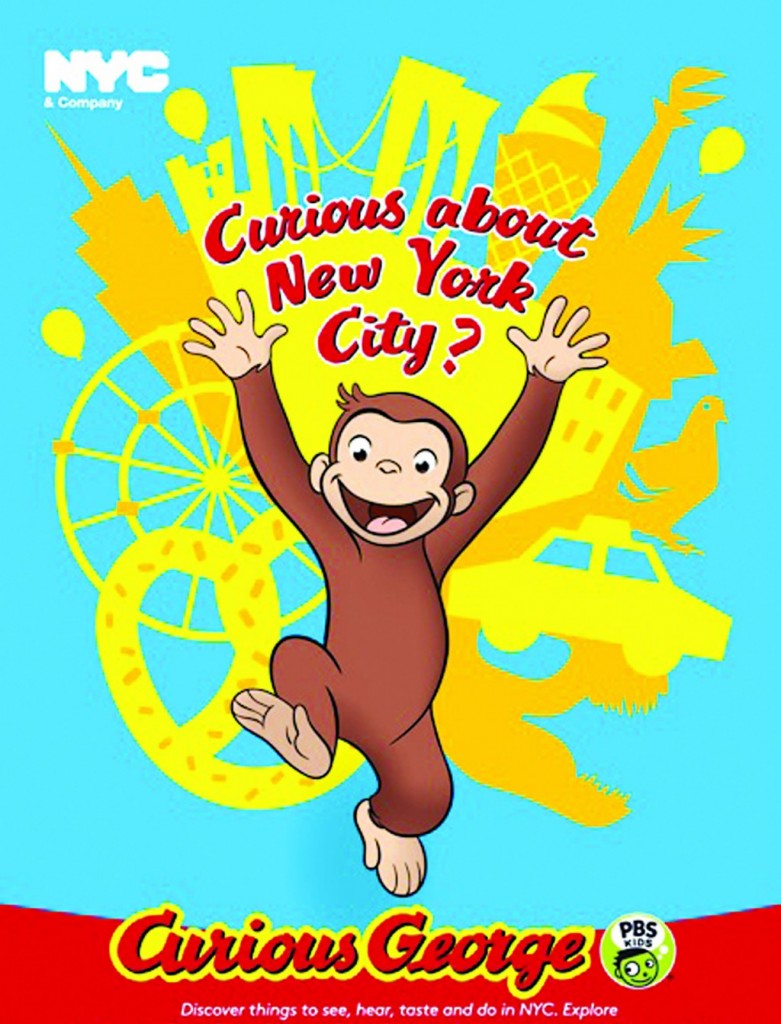 The popular children’s book character Curious George wants families to explore New York City. For the next year, the adventurous monkey will promote the city as a family-friendly destination as an official ambassador for the city’s tourism and marketing organization, NYC & Company announced on Tuesday.

Since the ambassador program launched in 2009, family visitation has grown by 26.5 percent, about 30.8 percent of the total number of city visitors.

The campaign includes travel material and guides to beaches, zoos and museums, including the Louis Armstrong House Museum and the New York Transit Museum. It’ll be featured in bus shelters and taxi commercials and promoted in regional markets like Baltimore, Boston and Philadelphia.