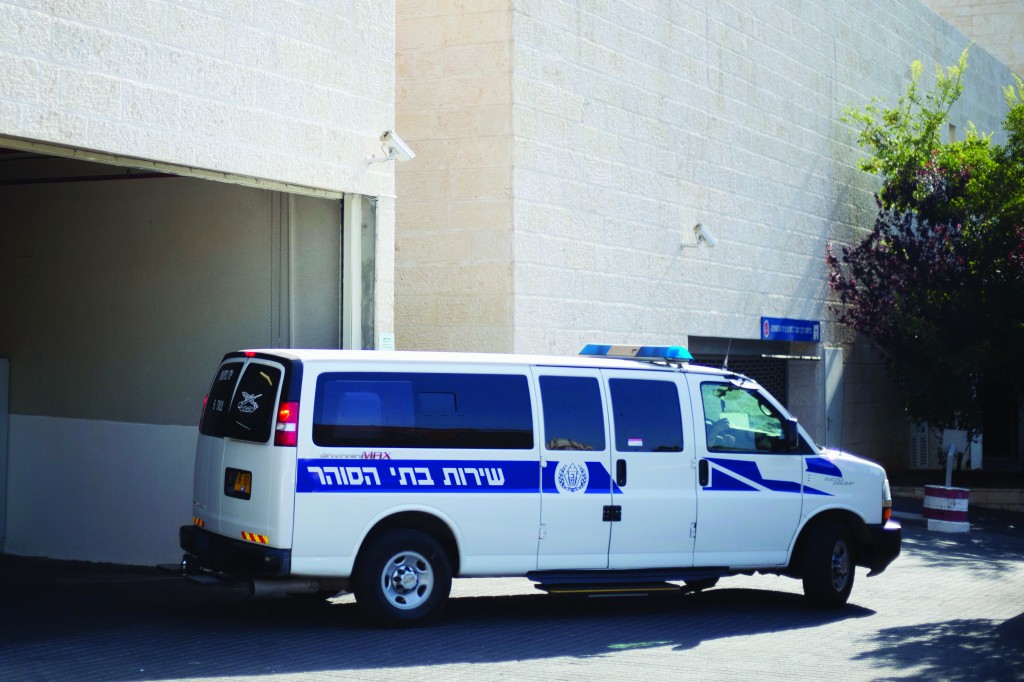 One of the six Jewish suspects arrested on Sunday in the brutal murder of 16-year-old Mohammed Abu Khudair has confessed to the allegations and incriminated his fellow suspects, according to police sources.

However, some of the details in the case which has provoked Palestinian riots in Yerushalayim and elsewhere were unavailable as of Sunday night due to a court-imposed gag order. In the meantime, a Petach Tikva court ruled that five of the suspects be held an additional eight days, and one of them for five days.

Some of the suspects are minors, under the age of 18, the others are 18 to 22, and they reside in Beit Shemesh, Beitar Illit and one of them is from a community in Shomron. Police interrogators indicated that they were not part of a terror underground, but a small group acting on their own.

There were reports from Palestinian sources that the same group had attempted but failed to kidnap the younger brother of Mohammed Abu Khudair the day before the crime was committed.

Those representing the accused in court said that they have yet to be permitted to meet with legal counsel and that some of them had been subjected to violence during the arrest, to the extent that hospital treatment was needed for their injuries.

Israeli Prime Minister Binyamin Netanyahu sent his condolences to the Abu Khudair family and pledged that “the perpetrators of this horrific crime will face the full weight of the law. I know that in our society, the society of Israel, there is no place for such murderers. And that’s the difference between us and our neighbors. They consider murderers to be heroes. They name public squares after them. We don’t. We condemn them and we put them on trial and we’ll put them in prison.

“We do not differentiate between the terrorists and we will respond to all of them, wherever they come from, with a firm hand. We will not allow extremists from wherever they come to ignite the region and shed more blood,” he said.

Netanyahu’s remarks were made on Sunday during a visit to Nof Ayalon where the families of Naftali Frankel, Gilad Shaar and Eyal Yifrah were sitting shivah for their murdered sons, Hy”d. The prime minister reiterated his commitment to find those guilty.

“The State of Israel is a country that abides by, and enforces the law, and will continue to take determined action against all those who violate the law. I ask that everyone show responsibility and work to prevent further disturbances.”

Aharonovitch continued: “This was a shocking and unacceptable act which any sane person … must strongly condemn.”

The killing has inflamed the Arab population and violent protests spread over the weekend from Yerushalayim to Arab towns in northern Israel. Hundreds of people threw rocks and fire bombs at police officers who responded with tear gas and stun grenades, according to the Israeli police. They said 22 Arab Israelis were arrested in clashes.

Following the funeral on Friday, police spokesman Micky Rosenfeld said 13 officers were wounded, six of whom were treated for light wounds at a local hospital. He said more than 20 arrests were made during the riot.

Rosenfeld noted that, despite a tense atmosphere, there were no serious incidents outside al-Aksa Mosque, which was heavily patrolled by police as thousands of Muslims gathered there.

While the streets of the capital were quieter on Sunday, there were incidents in the north. Police said Monday that around 100 protesters rioted in Nazareth, Israel’s largest Arab city, throwing rocks at security personnel. Fourteen people were arrested.

Police reported that three Palestinians carrying valid work permits were set upon by a crowd in Hadera who then fled, evading arrest.

The protests were less violent than the days before, which saw rioting in the towns of the Triangle in the Central District, where a Jewish motorist was pulled from his car which was then set on fire, The Jerusalem Post reported.

Police said a Jewish woman was attacked and lightly wounded early Sunday by a group of Palestinians in the Old City of Yerushalayim. Her husband fired his weapon and the attackers fled.

Arab rioters broke into the dining room of the Diaspora Yeshiva on Har Tzion during Leil Shabbos. B’chasdei Shamayim, they were not armed except for rocks, and soon withdrew without harming anyone. The yeshivah has had peaceful relations with the local population, and this was the first incident of its kind.

On Erev Shabbos, notices were posted calling on residents of Ramat Shlomo in Yerushalayim to be on alert during Shabbos, with weapons and cell phones nearby in case of Arab attacks.

The chareidi neighborhood borders Shuafat, and as residents were saying, “only the police stand between us and the rioters.”