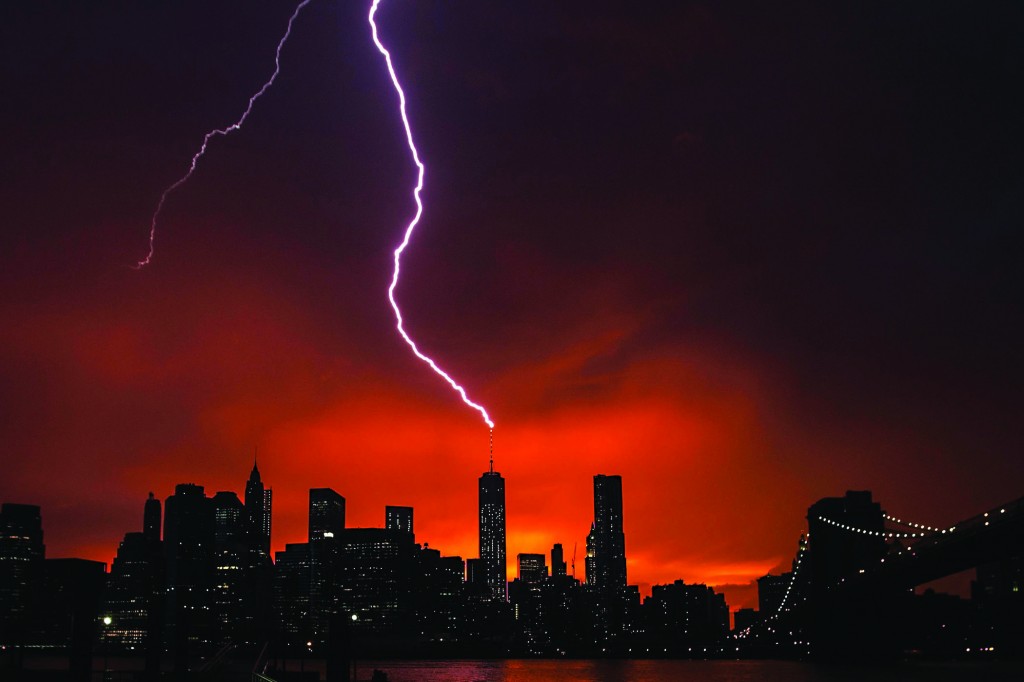 A facade inside an underpass of the Brooklyn Bridge collapsed Wednesday evening during a thunderstorm. But a New York City Department of Transportation official said there was no structural damage to the iconic bridge.

The facade collapse happened
just before 8 p.m. on the Brooklyn side of the bridge during a passing thunder shower. Five people suffered minor injuries when a roughly 25-foot wide section of facade came crashing down.

Completed in 1883, the Brooklyn Bridge is one of the oldest suspension bridges in the nation. It carries roughly 150,000 vehicles and pedestrians daily.