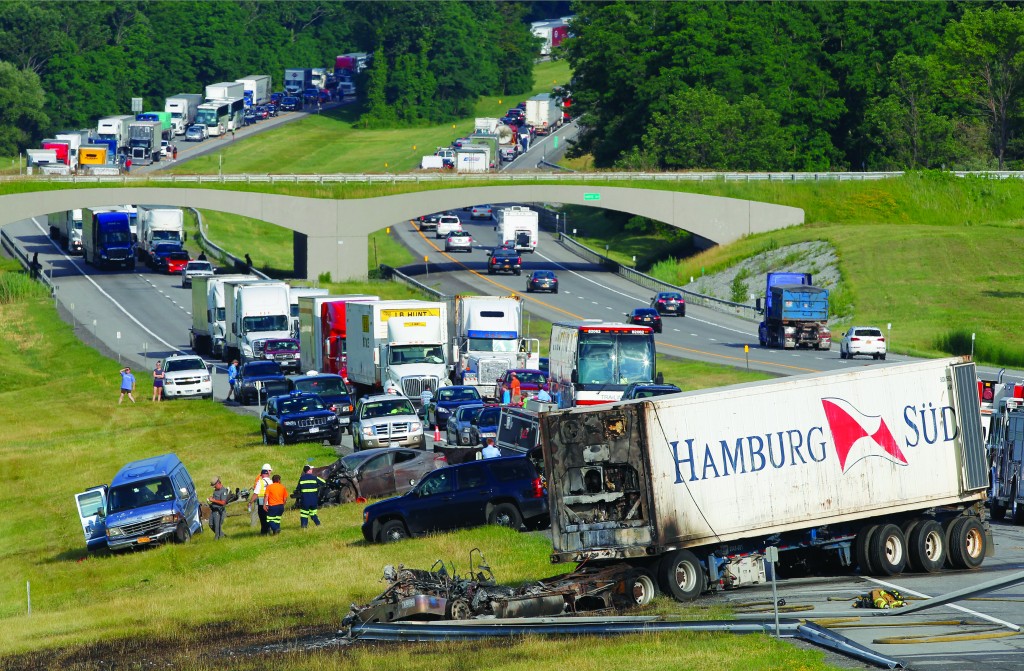 State police released the names of two men killed in a five-vehicle accident on the Thruway on Monday. Michael Pehrson, 51, and Christopher Rheinheimer, 25, were in a pickup truck and died at the scene.

Police say the wreck was touched off when a truck traveling east crossed the center median and hit the pickup head on. A tractor-trailer then hit a piece of damaged guardrail that punctured the fuel tank and set the truck ablaze. A vehicle behind that truck hit debris and spun into a fifth car.