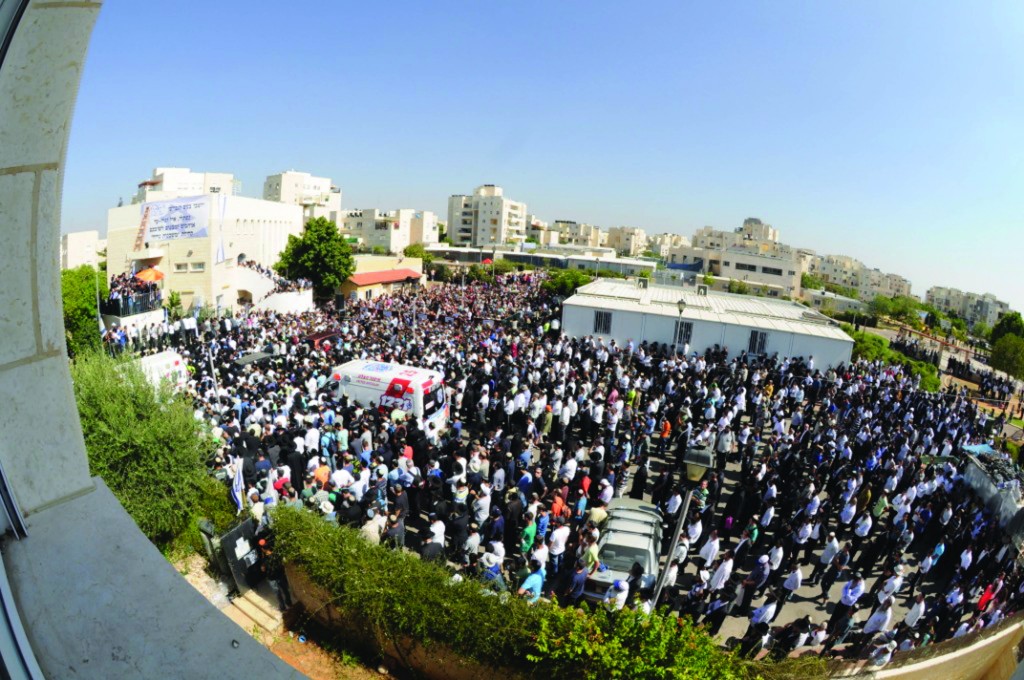 It didn’t end the way we’d hoped. We davened with everything we had that the boys should walk through the door and hug their mothers. We asked, we pleaded, we cried — all of us, everywhere — and the answer was no.

Does that mean we have a crisis of faith? Not at all. The Chazon Ish explains that bitachon doesn’t mean believing that everything will turn out as we’d like it to. After all, not everyone who is ill recovers, despite our most heartfelt tefillos and good deeds. Rather, it is the belief that everything that happens in the world is the result ofHashem’s decree.

Moreover, everything Hashem does is ultimately for our good, even if we, with our limited vision, can’t see how.

In this particular case, R”l, as Mrs. Rachel Frankel — mother of  Naftali, Hy”d, pointed out, the fact that the boys were found only 18 days after their disappearance is chasdei Hashem. The head of the Gush Etzion field school whose men found the grave stated clearly that it was Hashgachah; it was like finding a needle in a haystack.

The unknown status of the boys could have lasted for decades, as it has in the case of Zecharya Baumel, Yehuda Katz and Zvi Feldman, who went missing in the battle of Sultan Yacoub in 1982, and Ron Arad, the Israel Air Force navigator whose plane was downed over Lebanon four years later.

The terrorists’ cruelty knows no bounds, and they would have gladly kept the families in the dark for years, suffering in agonizing uncertainty, even when the killers had nothing to gain by it. Certainty, even when it snuffs out hope of a happy ending, allows for closure. It gives the families a grave to visit, a chance to be comforted, and, with Hashem’s help, the opportunity to heal.

The families can take comfort in the knowledge that their sons have been catalysts in bringing about a surge of unity the likes of which hasn’t been felt in a long time. Ezra Shaar, the grandfather of Gilad, Hy”d, even in his grief, articulated the central message for Am Yisrael from this point forward: “Our strength is our unity, our unity is our strength.”

Third, the tefillos and good deeds of the past 18 days didn’t go to waste. They apparently weren’t capable of tilting the scale for these three boys at this time, but Chazal tell us that they will be applied to others in need of a yeshuah, perhaps at some other time. Am Yisrael’s “bank account” of zechuyos has been enriched by huge deposits that will serve us in good stead.

Finally, the events of recent days have crystallized the difference between good and evil, light and darkness, Am Yisrael and its enemies. Mrs. Frankel made the point that the boys had become “poster children” for goodness and decency, as contrasted to the pure evil of the terrorists.

The Klausenburger Rebbe, Harav Yekusiel Yehudah Halberstam, zy”a, who lost his kehillah and 13 of his children during the Holocaust, told the following story (it is recorded in the book Lapid Ha’eish):

One day in the labor camp, when we stood at the top of one of the houses, we were suddenly drenched in a powerful downpour. The resha’im pushed us to keep going, insisting that we continue our work at the same pace. It was almost inhuman for us to keep going.

At that point, one of the oppressors turned to me and shouted, “Will you continue to say ‘You have chosen us’ and rejoice as a member of the am segulah?”

And I answered him on the spot that in fact I had never previously said it properly, but from then on would be able to say “You have chosen us from all the nations” with more intense kavanah and joy … for if it had not been that “You have chosen us from all the nations,” then I would have become like the enemy. And it is better for me to remain in my current condition than to be like one of them, chas v’chalilah; mah tov chelki!

We emerge from this tragic period, culminating in the burial of the three Kedoshim, with our faith not only intact but strengthened, our unity bolstered, and our “national treasury” of zechuyos enhanced.

The challenge is to heed the request of the parents and keep moving forward. As Mrs. Frankel told a group of youths at the Kosel a few weeks ago, no matter how things turn out, “Stay together.”

We must remember that, whatever our differences, we are all part of this one Am Hanivchar, and that the real enemy is out there, not in our camp.

May the families be comforted among the mourners of Tzion.