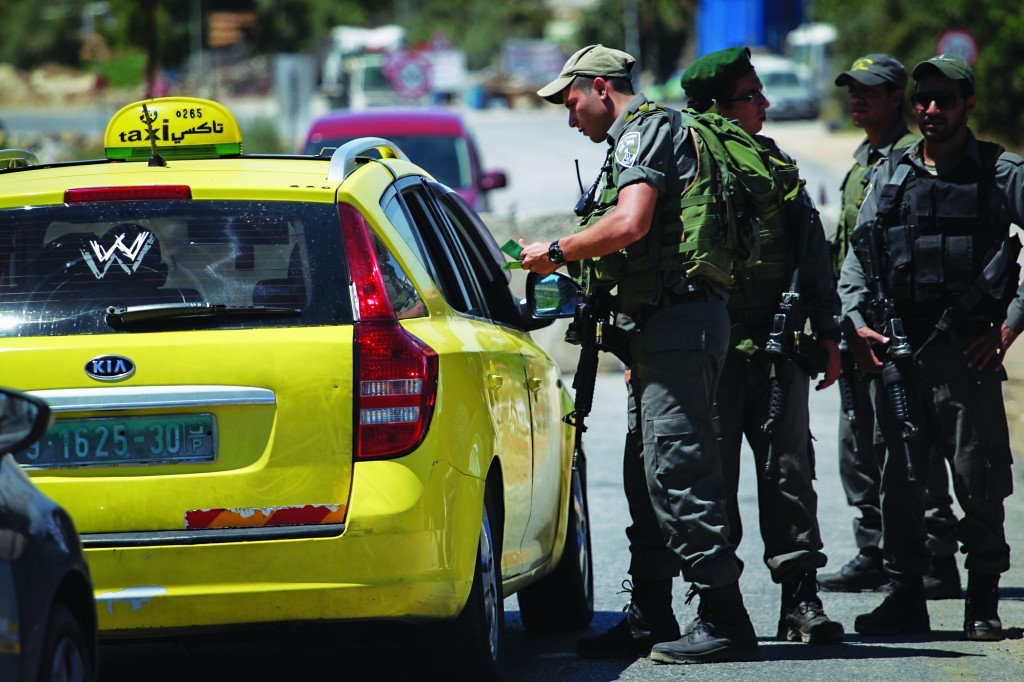 Prime Minister Binyamin Netanyahu held an impromptu press conference last night before entering a cabinet meeting in Tel Aviv. He made several statements, which were characterized by their restraint, regarding Israel’s plan of action.

“This evening we buried our boys — Naftali, Gilad and Eyal, may G-d avenge their blood.

“The entire nation supports the families and the entire nation is united in our struggle against murderous terrorism. We are fighting it decisively and with determination.

“We have three tasks:

“First, to reach the murderers and all those who participated in the kidnapping. Whoever was involved in the kidnapping and the murder will bear the consequences. We will neither rest nor slacken until we reach the last of them and it does not matter where they will try to hide. We will reach them all even if it takes time. This is our first goal and it will be carried out.

“Second, we must vigorously strike at Hamas members and infrastructures in Yehudah and Shomron. We have already arrested hundreds of Hamas activists. We have closed dozens of institutions. We have demolished homes. We are still active.

“Third, we must act against Hamas in the Gaza Strip. Hamas is continuing to encourage the abduction of our citizens and it is directly responsible for firing rockets and mortars at our territory, including in the past few hours. The IDF has been active in recent days against Hamas targets in the Gaza Strip and here as well we are still active. If need be, we will expand the campaign.

“Anyone who thinks that they can achieve anything by using terrorism against us will continue to be mistaken and will achieve the opposite results.

“Hamas is responsible. Hamas will pay and Hamas will continue to pay. We are acting with determination, sagacity and responsibility with the top consideration — of myself, the Defense Minister and the Chief-of-Staff — being to ensure the security of Israel’s citizens.”

Defense Minister Moshe Yaalon also made a statement. “We are continuing to strike at Hamas. We will pursue the murderers until we lay our hands on them. Concurrently, the operation against in Hamas in Yehudah and Shmoron has not been completed and we will continue to target the organization wherever it is.

“We will continue to retaliate for rocket fire from the Gaza Strip, but now is the time to act with wisdom, to think with our heads, not with our stomachs,” Yaalon said.

Chief of General Staff Benny Gantz gave the final statement. He said that in the past two weeks the IDF has searched thoroughly for the three boys and, like all of Am Yisrael, is pained by their murder.

“The action in the field over the past two weeks was constant, broad, determined and painful for our enemies while wise on the operational front. We will not allow the southern region to be cast into an intolerable reality, and therefore, we will continue to follow the political establishment’s directives and take any action necessary.”