Regional A Man, a Plan, a Log, a Chainsaw: Bear Sculptures
Regional 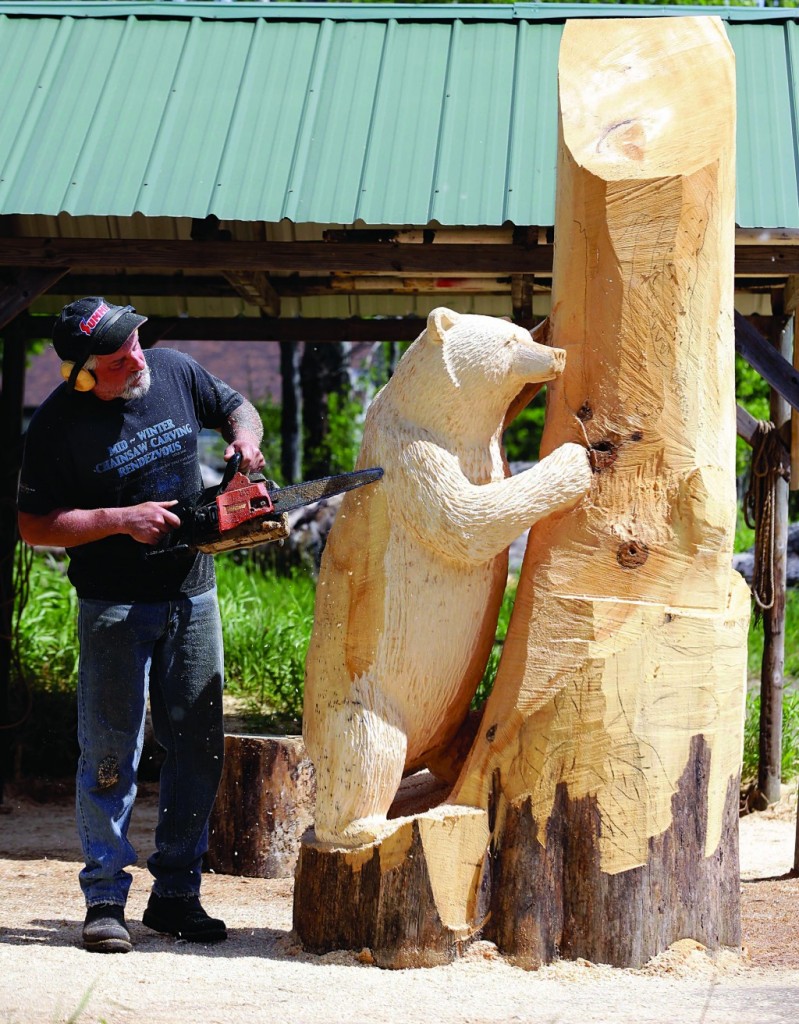 At his home just south of New York’s Adirondack Mountains, Tyoe carves soaring eagles, grizzled mountain men and wolves from white pine. But he mostly carves bears, his specialty. Tyoe earns a living as a chainsaw artist, turning big logs into improbably fluid sculptures with nothing more than a tool that some use to cut firewood.

On a recent day, Tyoe worked on his rural property transforming a phone booth-sized piece of white pine into a woodland scene of a mama bear reaching for a honeycomb in a tree trunk with her cub at her feet. Over the whine of a two-stroke engine, Tyoe carefully zigzagged his saw tip to create the texture of the mama bear’s fur.

“I try to be realistic, a lot of details, correct proportion, anatomy, bone structure, posture,” he said during a break.

Bears are to chainsaw art what bowls of fruit are to amateur still-life painters: a lot of people try their hand at it with varying degrees of success.

“Bears always fascinate people. I mean, if I could have a real bear for a pet, even, for a model, for inspiration, I would,” Tyoe said. “But it wouldn’t be the right thing to do — for the bear.”

Chainsaw art has been growing in popularity and Tyoe is among more than 100 artists nationwide who make it a full-time occupation, said Milton Lowden, who runs the chainsawsculptors.com website from Iron River, Mich. Lowden, whose site lists artists who take commissions from Arkansas to Azerbaijan, said Tyoe is the rare artist who sculpts solely with chainsaws, avoiding other tools for detail work.

“He and a few others are purists that way, and that’s what sets them aside,” Lowden said.

Tyoe can turn out hundreds of thigh-high bear statues a year that sell for $225 and up. He doesn’t even need to plan them out.

“I just use my imagination,” he said. “No sketching. Stand up a piece of wood and visualize what I want and start on the tip of the nose.”

Larger, commissioned “masterpiece” sculptures like the woodland scene of the mama bear and her cub take weeks to complete and cost around $3,500. It is headed for a private home.