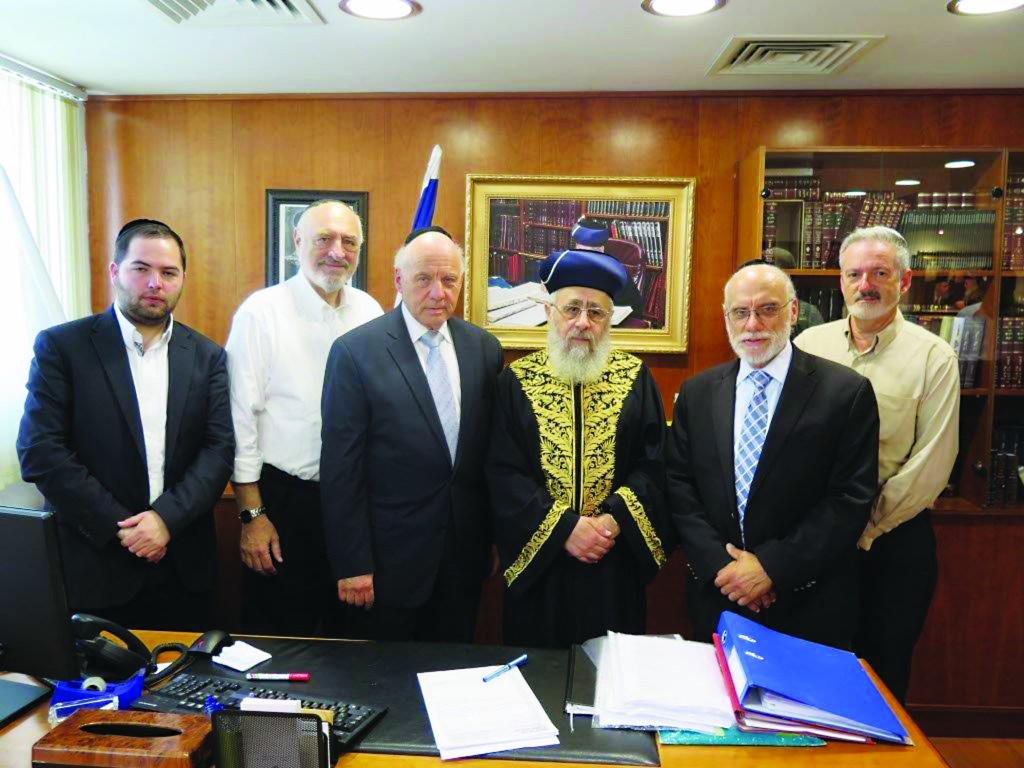 Har Hazeisim will be part of a far-reaching program to improve security and encourage development in East Yerushalayim, it was announced by Avrohom Lubinsky, Chairman of the International Committee on the Preservation of Har Hazeisim (ICPHH). Mr. Lubinsky and his brother Menachem, as well as Committee member Dr. Paul Rosenstock, recently returned from a series of high-level meetings in Israel on plans for the future of Har Hazeisim. They were joined by Harvey Schwartz and Jeff Daube, heads of the Israeli section of the ICPHH.

Avrohom Lubinsky is returning to Israel this week to participate in a tour of Har Hazeisim by Knesset members and high- ranking police officials to be led by MK Miri Regev, Chair of the Knesset’s Interior Committee. The tour, which was originally to have taken place earlier this month, was postponed due to the kidnapping of the three yeshivah students. Following the tour, MK Regev will hold hearings in the Knesset on the security situation on Har Hazeisim.

The Knesset tour and hearings comes on the heels of the Cabinet’s approval of a major new allocation of some NIS 300 million for the security and development of East Yerushalayim in the next five years, including Har Hazeisim. Some of the security projects that will directly benefit Har Hazeisim include the construction of a new police station (Marchev Kedem), the addition of as many as 75 officers to patrol East Yerushalayim, the installation of 500 additional cameras (to the 137 already positioned on Har Hazeisim) and many other projects.

In a meeting with the ICPHH, Jerusalem’s Mayor Nir Barkat outlined an ambitious new transportation program for Har Hazeisim which will include a new line of the Light Rail and a cable car. The ICPHH is also working with the government on the construction of a major Visitor’s Information Center as well as shul on Har Hazeisim. “In the next few years, Har Hazeisim and its environs will be transformed into a major tourist area for world Jewry, preserving its kedushah and importance as a historic landmark to 3000 years of Jewish history,” said Mr. Lubinsky. He added: “Thanks to Minister Yitzchak Aharonovich (Internal Security) and other government leaders, there has been a dramatic improvement in security over the last few weeks.”

Mr. Lubinsky also revealed that, for the first time, a new section of the cemetery will be built by a private developers group that will include more than 6,000 new graves.