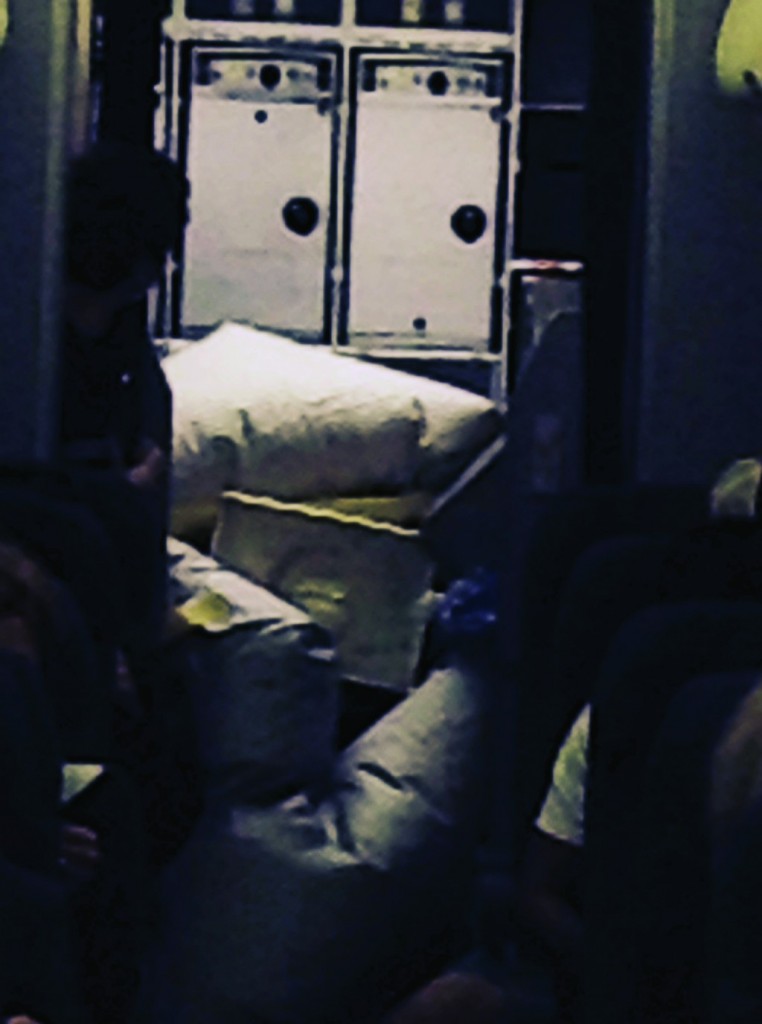 The emergency slide that deployed midway into a United Airlines flight from Chicago to Orange County, Calif., on Sunday could have squished a passenger or crew member against a wall, but there’s virtually no chance it could have forced the jetliner’s cabin doors open, aviation experts say.

Flight 1463 left Chicago O’Hare International Airport about 8:30 p.m. Central time and was due to land at John Wayne Airport a few hours later. But when the Boeing 737’s emergency slide at the rear of the cabin unexpectedly began to inflate as it cruised at 38,000 feet over the Midwest, the pilot diverted the flight to Wichita, Kansas.

Passengers said they feared the worst as the flight crew realized what was happening.

There “was a hiss and they just had a panicked look,” passenger Diane Modini told station KCWH. “They quickly took the carts and ran to the back of the plane. The whole back cabin where they sat was full of the chute.”

But unless someone was back there when the chute deployed — possibly injuring or pinning them against a wall as it rapidly inflated — there was no real immediate danger, said Douglas Moss, a commercial airline pilot and owner of AeroPacific Consulting.

“In terms of it actually rupturing the bulkhead or the skin and having the plane decompress, that is extremely unlikely,” Moss said. “Other than the immediate danger of it activating, once that was done, there’s no real concern.”

The pressure inside the cabin, in part, is what keeps the doors sealed, Moss said. United Airlines officials told the Los Angeles Times on Monday that there was no loss of cabin pressure during the flight.

The flight had 101 people on board, including 96 passengers, and landed safely, United Airlines officials said. Whatever caused the slide to inflate has yet to be determined. The jetliner is being ferried to one of the airline’s maintenance bases for a closer look, a United spokeswoman said.

Several passengers posted photos online of the slide filling the cabin, with one passenger calling it the “scariest flight of all time.”

Another passenger said the plane was on the ground within 20 minutes of the chutes deploying.

The passengers were given hotel accommodations in Kansas for the night and boarded another flight Monday morning. They landed in Orange County just after noon.