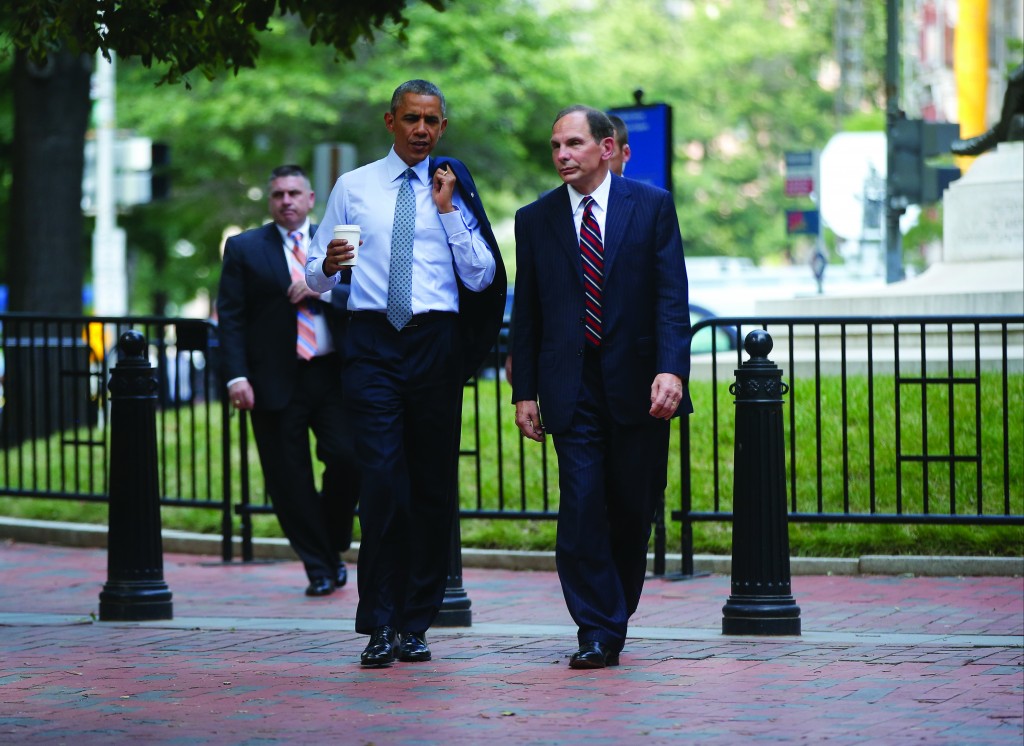 President Obama sought to turn the page Monday on a humiliating chapter in the history of the Veterans Affairs Department, tapping former Procter & Gamble CEO Robert McDonald to take over the sprawling agency.

A former Army captain, McDonald would bring a blend of corporate and military experience to a bureaucracy reeling from revelations of chronic, system-wide failure and veterans dying while on long waiting lists for treatment. His selection reflects Obama’s desire to put a tested manager in charge as the White House calls for an overhaul of the VA.

“What especially makes Bob the right choice to lead the VA right now is his three decades of experience building and managing one of the world’s most recognizable companies,” Obama said at VA headquarters. “In short, he’s about delivering better results.”

McDonald, a graduate of the U.S. Military Academy at West Point, framed his new task in the context of his corporate experience. Joined by his wife and family, McDonald, 61, said he planned to put veterans at the center of everything the VA does — a bureaucratic twist on the oldadage that the customer is always right.

“At the VA, the veteran is our customer and we must all focus all day every day on getting them the benefits and the care that they have so earned,” McDonald said. “That’s the only reason we are here.”

Contending that the VA scandal has “outraged us all,” Obama said he’s already moved to fire some of those responsible for falsifying patient records or tolerating the whitewashing, and may punish additional workers as the investigation continues. He called on the Senate to confirm McDonald quickly and reiterated his call for Congress to grant the VA secretary more authority to fire senior leaders if necessary.

“This is not going to be an easy assignment. Bob knows that,” Obama said. “We’ve got to change the way the VA does business.”

The VA operates the largest integrated health care system in the country, with more than 300,000 fulltime employees and nearly 9 million veterans enrolled for care. But the agency has come under intense scrutiny in recent months amid reports of patients dying while waiting for appointments and of treatment delays in VA facilities nationwide.

McDonald appears headed for easy confirmation in the Senate, where both parties have urged Obama to fill the vacancy quickly so that the process of overhauling the agency can begin in earnest. His nomination drew praise from both Democrats and Republicans.