Israel What the Defense Forces Knew, and When
Israel 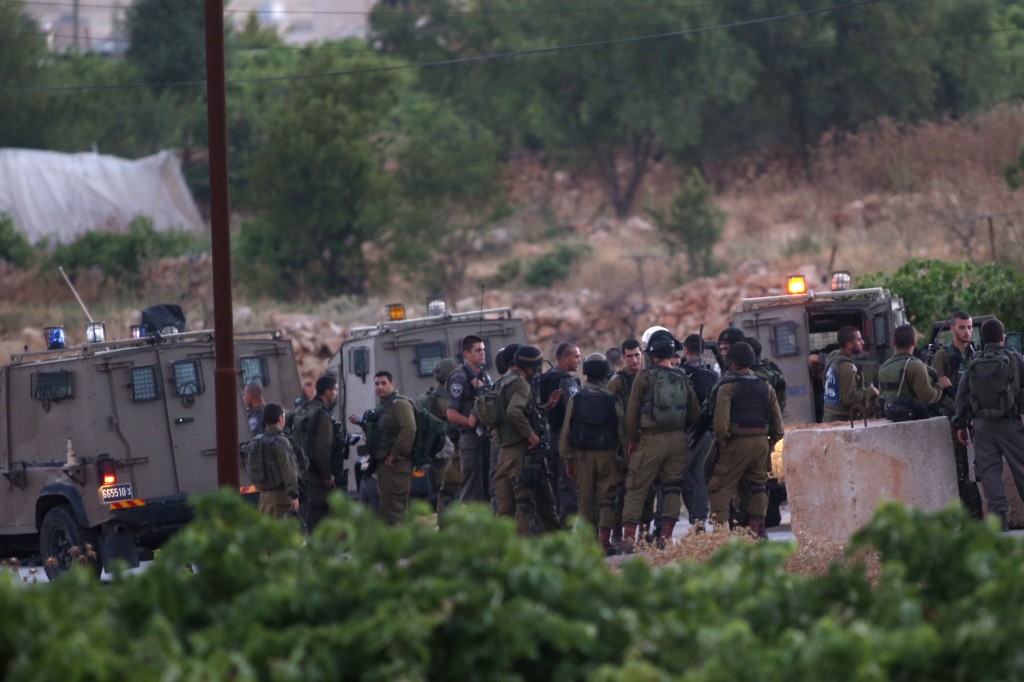 Not everything can be disclosed at this time, but even from what can be revealed, the picture is clear enough.

The terrorists who kidnapped the boys planned their operation very well. They didn’t kidnap them to keep them alive. This kidnapping has all the signs of murder for the sake of murder, with the assumption that at one point or another, they would be able to get some type of payment for the bodies, in the form of a prisoner release, that would be no less than if they were alive.

The kidnappers arrived at the scene in two vehicles. The three boys were first taken into a Hyundai that was later discovered burnt in Kfar Idna in southern Har Chevron. This is the car in which they were murdered.

They left the hitchhiking post at the entrance to Kfar Etzion, and instead of turning towards Yerushalayim, the kidnappers turned south, towards Chevron. The boys realized immediately that they had been captured by terrorists. One of them made the much-spoken-about call to the police, and the police knew from that call that the car had turned towards Chevron.

The terrorists murdered the boys already on the first leg of the drive, and then transferred them to the second car, and set the first one aflame.

They used the second car to drive to the region they knew very well: Kfar Kchil. They were aware that one of the boys had called the police and therefore they sought a way to quickly get rid of the bodies. They stopped at the side of the road, descended just a few dozen meters, and then threw the bodies out. They put stones and branches that they found at the site to conceal the bodies.

Their behavior makes it clear that they didn’t think for a moment that the police had failed to take action following the phone call. The kidnappers behaved as though they had just minutes to act before the police would be on to them.

The bodies no longer interested the kidnappers at this point. Rather, they were intent only on saving themselves. Therefore, it is likely that even if the police would have taken action at an earlier stage, the results would not have been different.

The terrorists worked quickly, murdered the boys, and disappeared.

All this information was known at the beginning of the investigation. The GSS knew in less than 16 hours exactly who had carried out the kidnapping. The police forensics institute received the vehicle in which the boys were kidnapped, and which was then burned, from the Palestinian security forces on Friday morning, the day after the abduction. It contained clues that led them already then, along with other information, to the kidnappers’ identities.

The IDF launched two concurrent field operations. One was to find the missing boys, and the other was a manhunt for the kidnappers. Tragically, after just 18 days, searchers found the bodies, with significant assistance from civilian patrol troops who had offered to join the forces. Initially they were rebuffed, and only joined the actual search yesterday morning. After that point, it didn’t take too long for the search to yield the findings.

Concurrently the IDF and the GSS are continuing their manhunt. The relatives who were arrested Monday morning added some pieces to the puzzle of the investigation that is nearing completion but has not yet led to the location of the kidnappers who, it’s assumed, are in the same region where the abducted boys were found.

The search is continuing and will continue, with security officials leaving no stone unturned in their efforts to apprehend the kidnappers.