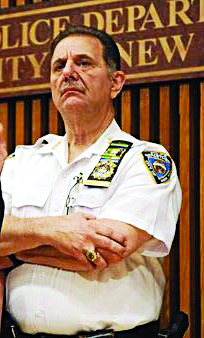 A veteran police official will head New York City’s emergency management agency, which played a key role in the city’s response to Superstorm Sandy, snowstorms and other disasters.

Esposito worked for more than 40 years in the police department, retiring last year.

A former commanding officer of the 66th precinct, which oversees Boro Park, “Espo” was seen as a capable officer who shunned the limelight. In 2006, he was accused of making a derogatory comment about Jews during a clash between police officers and residents of Boro Park. The New York Times reported that he wrote a letter of apology, which was accepted.

During the terror attacks of Sept. 11, 2001, Esposito advised officers not to charge into the burning buildings, saving hundreds of lives when the Twin Towers came crashing down a few minutes later, de Blasio said.