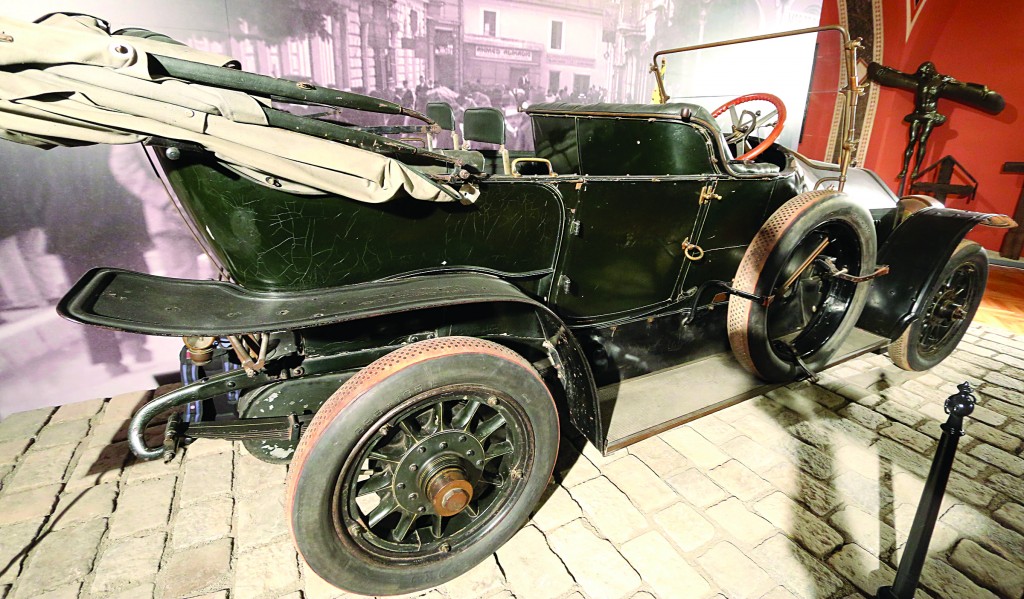 Diplomats declared a new century of peace and unity in Europe on Saturday in the city where the first two shots of World War I were fired 100 years ago.

On June 28, 1914, the Austro-Hungarian crown prince Franz Ferdinand and his wife were assassinated in Sarajevo, where he had come to inspect his occupying troops in the empire’s eastern province.

The shots fired by Serb teenager Gavrilo Princip sparked the Great War, followed decades later by a second world conflict. Together, the two wars cost some 80 million European their lives — among them six million Jews, Hy”d, ended four empires — including the Austro-Hungarian — and changed the world forever.

Visiting the assassination site Saturday, Sarajevan Davud Bajramovic, 67, said that in order to hold a second of silence for every person killed just during WWI in Europe, “we would have to stand silently for two years.”

Austrian President Heinz Fischer said Europeans “have learnt that no problem can be solved by war.”

“If anything good can be found in this repeating evil, it’s more wisdom and readiness to build peace and achieve peace after a century of wars,” said Bosnia’s president, Bakir Izetbegovic.

The splurge of centennial concerts, speeches, lectures and exhibitions on Saturday were mostly focused on creating lasting peace and promoting unity in a country that is still struggling with similar divisions as it did 100 years ago.