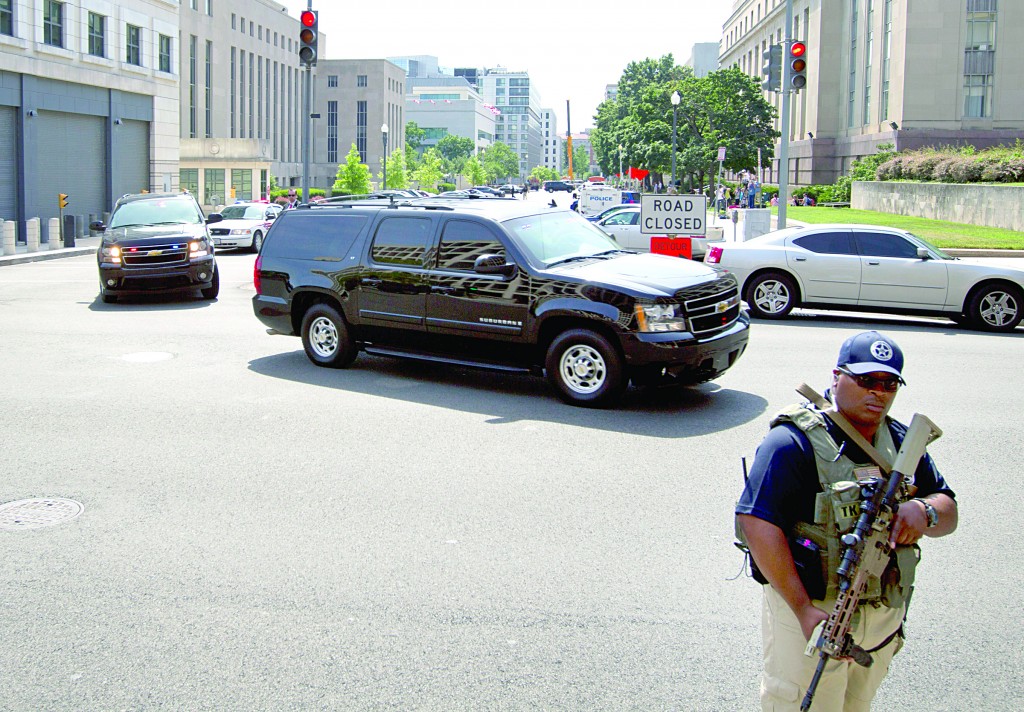 A court appearance for the alleged mastermind of the attacks on the U.S. mission in Benghazi, Libya, is the first step in a long legal process that could yield new insight into a fiery assault that continues to reverberate across U.S. politics.

The case of Ahmed Abu Khattala, who pleaded not guilty during a brief court appearance Saturday, also represents a high-profile test of the Obama administration’s goal of prosecuting terror suspects in civilian courts — even in the face of Republican critics who say such defendants aren’t entitled to the protections of the American legal system.

Abu Khattala made his first
appearance in an American courtroom amid tight security, two weeks after being captured in Libya by U.S. special forces in a nighttime raid and then whisked away on a Navy ship for questioning and transport. He was flown early Saturday from the ship to a landing pad in Washington and brought to the federal courthouse, a downtown building mere blocks from the U.S. Capitol.

A grand jury indictment made public  Saturday accuses Abu Khattala of participating in a conspiracy to provide material support and resources to terrorists in the attacks of Sept. 11, 2012, that killed U.S. Ambassador Chris Stevens and three other Americans. The Justice Department says it expects to bring more charges.

The Libyan who maintained a garrulous public persona at home — granting interviews with journalists and gaining popularity and prominence in Benghazi’s circle of terrorists — showed little reaction during a 10-minute appearance before a federal magistrate judge. He spoke just two words, both in Arabic, in response to perfunctory questions, stared impassively for most of the hearing and sat with his hands behind his back.

He will remain in custody — though the judge did not say where — and the next court date was scheduled for Wednesday.

As the Justice Department embarks on a high-profile prosecution of the accused terrorist, the case is likely to provide a public forum for new details about a burst of violence — on the 11th anniversary of the attacks on the Sept. 11 attacks — that roiled the Middle East and dominated American political discourse. In the nearly two years since the attack, dozens of congressional briefings and hearings have been held and tens of thousands of pages of documents have been released. Yet there’s still a dispute over what happened.

Republicans accused the White House, as the 2012 presidential election neared, of intentionally misleading the public about what prompted the attacks by portraying it as one of the many protests over an anti-Muslim video made in America, instead of a calculated terrorist attack. The White House said Republicans were politicizing a national tragedy.