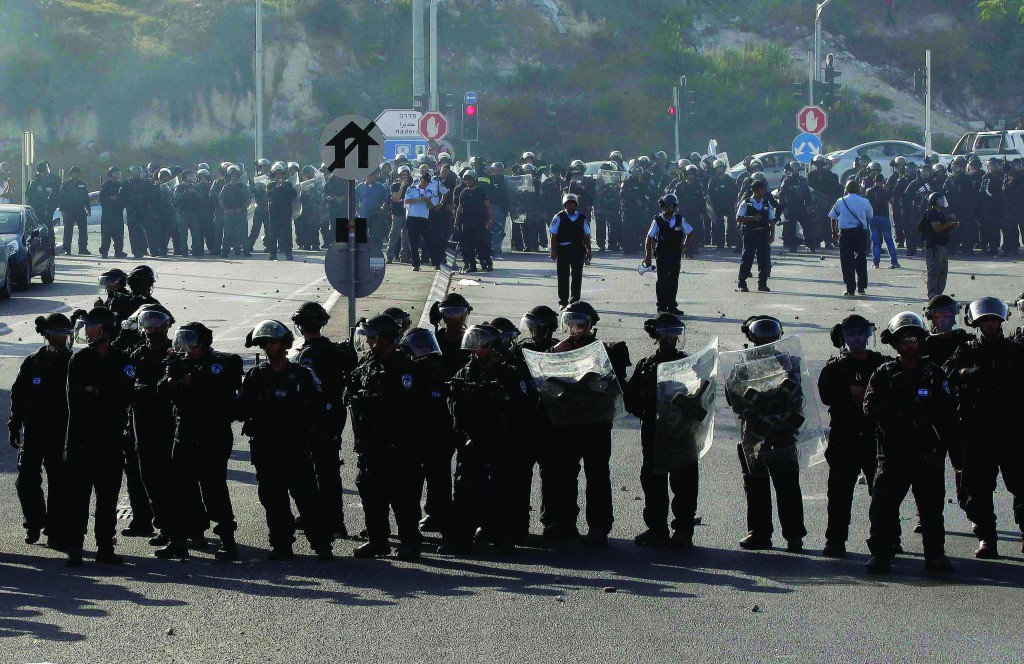 Israeli Prime Minister Binyamin Netanyahu directed the government on Sunday to examine the option of banning the Islamic Movement’s Northern Branch, following a riot on Friday in Umm el-Fahm where people were urged to kidnap IDF soldiers, The Jerusalem Post reported.

Netanyahu, speaking at the start of the weekly cabinet meeting, said that Israeli citizens cannot “countenance such outrageous” incitement.

Netanyahu added that, in many cases, the Islamic Movement’s Northern Branch, led by Sheikh Raed Saleh, is the group standing behind these types of protests and incitement.

This group, Netanyahu said, “constantly preaches against the state of Israel, and its people publicly identify with terrorist organizations such as Hamas.”

Declaring the group an illegal organization, he explained, would give the security forces significant tools to use in dealing with the movement.

Netanyahu said that their extremist views do not reflect the majority of the Israeli-Arab public, and he called upon their leaders to show courage and condemn the remarks.

Hundreds of Israeli Arabs rioted in Umm el-Fahm in support of Palestinian security prisoners, waving Palestinian flags and chanting, “With spirit and blood, we will redeem you, Palestine.”

Foreign Minister Avigdor Lieberman said that those who encouraged the kidnapping of IDF soldiers would be treated as “terrorists in the full sense of the word.” The justice system should respond immediately “to make clear that Israeli society will not tolerate this type of incitement from within.”