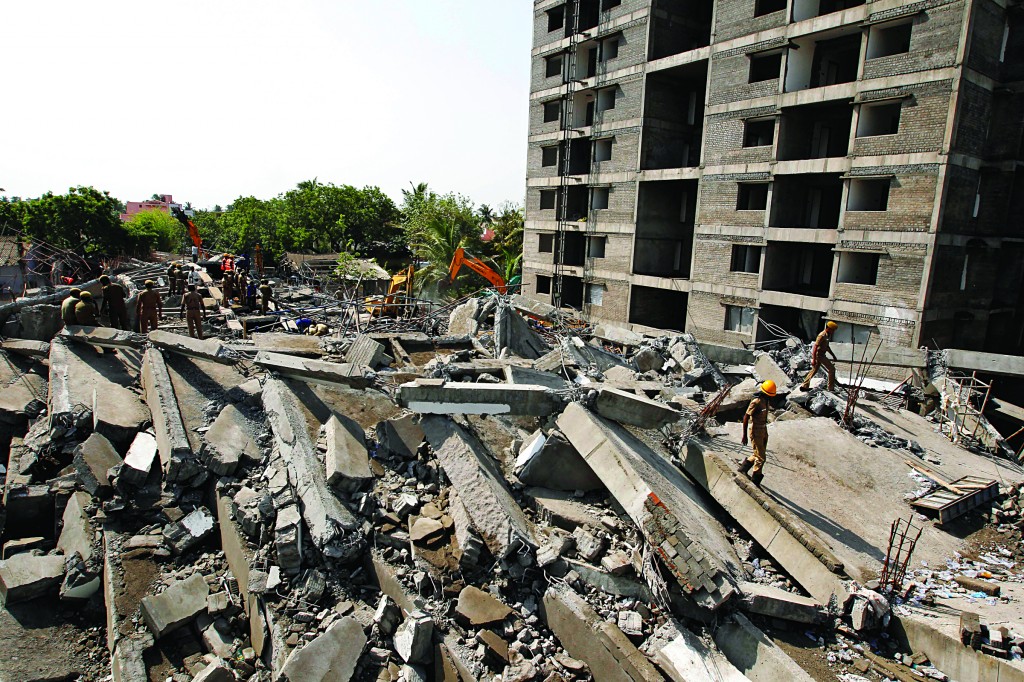 Police in southern India detained five construction company officials Sunday as rescuers using gas cutters and shovels searched for dozens of workers believed buried in the rubble of a building that collapsed during monsoon rains. It was one of two weekend building collapses that killed at least 22 people.

Nearly 90 contract workers were believed to have been in the basement of the 11-story structure to collect their wages when it collapsed Saturday on the outskirts of Chennai, the capital of Tamil Nadu state.

Police said 31 had been pulled out so far, four died on the spot and another seven succumbed to injuries in a hospital.

The exact number of those trapped was unknown but rescuers could hear feeble voices in the debris, said T.S. Sridhar, the disaster management agency commissioner. Officials used gas cutters, iron rods and shovels after cranes lifted concrete blocks to get to the survivors.

“Removing debris is a major challenge. It may take two to three days to clear the rubble,” said S.P. Selvam, who is heading the rescue operation.

Balaguru, one of the builders, said the structure collapsed possibly due to the impact of lightning.

“Usually, once the construction gets over we install the equipment to prevent the building from a thunder strike. It was nearing completion,” the Press Trust of India news agency quoted Balaguru, who uses one name.

Building collapses are common in India, where high demand for housing and lax regulations have encouraged some builders to cut corners, use substandard materials or add unauthorized extra floors.

In April last year, 74 people were killed when an eight-story building being constructed illegally in the Mumbai suburb of Thane in western Maharashtra state caved in. It was the worst building collapse in the country in decades.