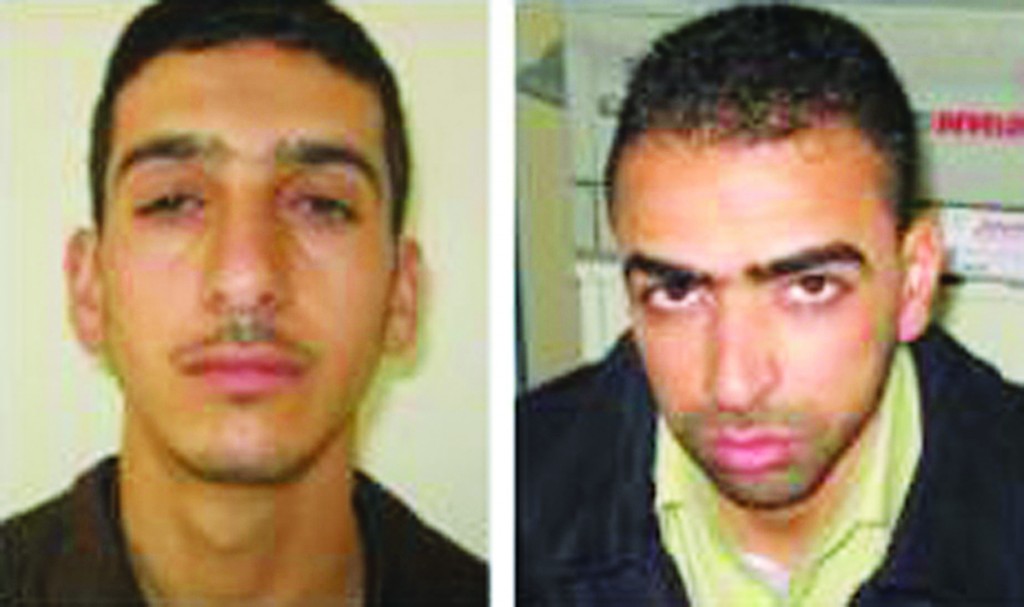 The three Israeli teens who were kidnapped two weeks ago have yet to be found, but  Thursday night saw a dramatic development, as the IDF and security services cleared for publication the identities of the kidnappers and their possible location in the area south of Har Chevron.

Thousands of soldiers and police arrived at the village of Kachil, which was designated the
main search target, and were scouring every inch of ground. Their orders are to bring them back “dead or alive.”

The IDF and security services noted that their intention in publicizing the names of the senior Hamas operatives involved in the abduction was that the publication itself would facilitate the search. In the meantime, during the two weeks since the boys’ disappearance, all those suspected of abetting the kidnapping were thoroughly interrogated.

The two terrorists that security officials suspect of having carried out the kidnapping are Hamas operatives from Chevron: Marwan Quasma and Amar Abu Eisha.

Both men are considered wanted, and a full-scale manhunt was launched as soon as security forces learned of the kidnapping.

Palestinians in the Chevron area say that Palestinian Authority security officials detained some of the family members of the suspected kidnappers and have been questioning them. In the last 24 hours, 17 additional suspects were detained, including a member of the Palestinian parliament.

Israeli security sources disclosed that they had determined in less than a day after the kidnapping that Hamas was behind it.

The criminal records of the two main suspects were made public on Thursday night:

Marwan Quasma, 29, has been arrested in the past for Hamas-related activity. He was arrested at age 18, and served a ten-month prison sentence. After his release, he was arrested another four times, and on some occasions, placed under administrative detention. When questioned in 2010, he confessed to being recruited to Hamas’s military wing in Chevron in 2009, taking part in military training in caves in the area, and obtaining raw material for the assembly of bombs. He also took part in the recruitment of other Palestinian youths to Hamas.

The search force mobilized Wednesday night included engineering and elite units carrying advanced equipment for searching and detection of underground hideouts and in caves and cisterns. Assistance was provided by unmanned aircraft for scanning the area. Houses and factories were being searched, as well as footprints on the ground.