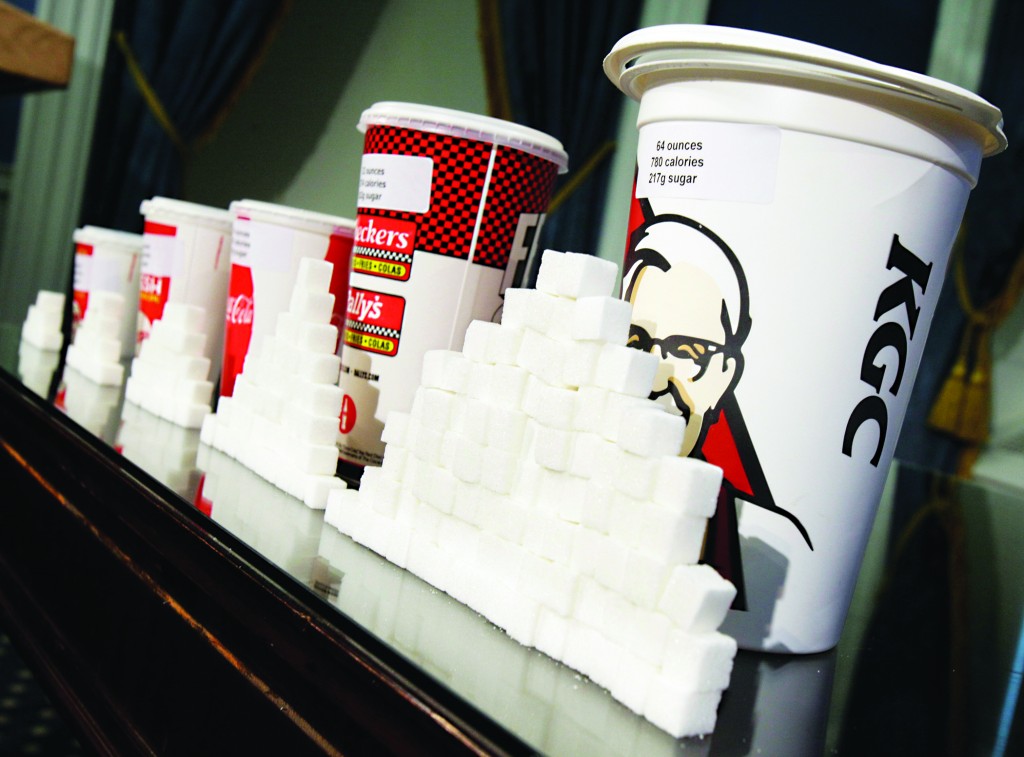 Big sodas can stay on the menu in the Big Apple after New York state’s highest court refused Thursday to reinstate the city’s first-of-its-kind size limit on sugary drinks. City officials hinted they might be willing to revisit the supersize-soda ban.

The Court of Appeals found that the city Board of Health overstepped its bounds by imposing a 16-ounce limit on sugary beverages sold in restaurants, delis, entertainment venues and street carts. The mayor-appointed board tread on the policy-making turf of the elected City Council, the court said.

“By choosing among competing policy goals, without any legislative delegation or guidance, the board engaged in lawmaking,” the
court wrote. “…Its choices raise difficult, intricate and controversial issues of social policy.”

Indeed, debate over the soda size cap pitted health officials who called it an innovative anti-obesity tool against critics who considered it unfair to businesses and paternalistic toward consumers. Even a Court of Appeals judge, during arguments earlier this month, wondered aloud whether regulators would target triple-decker burgers next.

The American Beverage Association, which led the legal fight against the measure, welcomed Thursday’s ruling against a measure it said would have “limited New Yorkers’ freedom of choice.” Curbing obesity should start “with education — not laws and regulation,” spokesman Christopher Gindlesperger said.

But city leaders signaled they might not give up the fight. Mayor Bill de Blasio said the city was “actively reviewing all of its options to protect the health and well-being of our communities.” The city hasn’t said whether it plans to try to appeal, but the case doesn’t raise federal issues that would make it a likely choice for the Supreme Court.

City Council Speaker Melissa Mark-Viverito said the ban would get a hearing if it were brought up in the council. It’s unclear how any such measure might fare in a vote, as she and numerous other council members oppose it.

Former Mayor Michael Bloomberg made the soda ban a signal piece of his assertive public-health agenda.

“Due to today’s unfortunate ruling, more people in New York City will die from obesity-related impacts,” he said on Thursday.