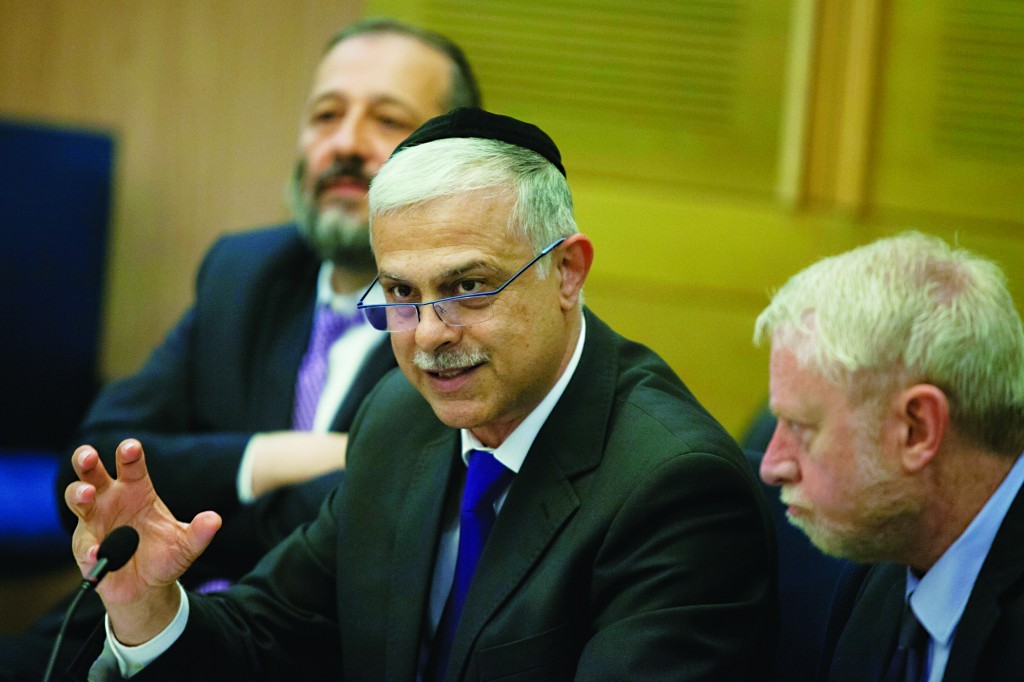 For the first time, the Knesset has voted in favor of representation of chareidim in government positions proportional to their numbers in the Israeli population, a measure that if it becomes law would begin to correct decades of discrimination in hiring.

The proposal, sponsored by Shas MK Amnon Cohen, passed a preliminary reading on Wednesday by a vote of 63-0.

A spokesman from Cohen’s office told Hamodia that because Finance Minister Yair Lapid has agreed to withdraw his opposition, coalition backing should ensure its final passage in the Knesset.

The legislative amendment calls for recognition of candidates who completed their studies in a chareidi institution at least three years prior to their job application, comparable to other minorities in Israel.

It would require fair representation in government positions, including government corporations and directorates.

Cohen noted that in recent years a number of groups have benefited from affirmative action — women, Arabs, Druze, new immigrants, the handicapped — but the chareidi sector, whose representation in public service is proportionally lower than those groups, has been denied comparable treatment.

Employment in the chareidi sector is low, and it is vitally important to encourage and support fair hiring practices, especially in the light of repeated calls by government officials for integration of chareidim into the workforce.

Adoption of the measure would put the government in the forefront of implementing the rhetoric of economic integration, and would serve as a model for the private sector, as well, Cohen added.