Politics Rangel Squeaks Through To a 23rd House Term
Politics 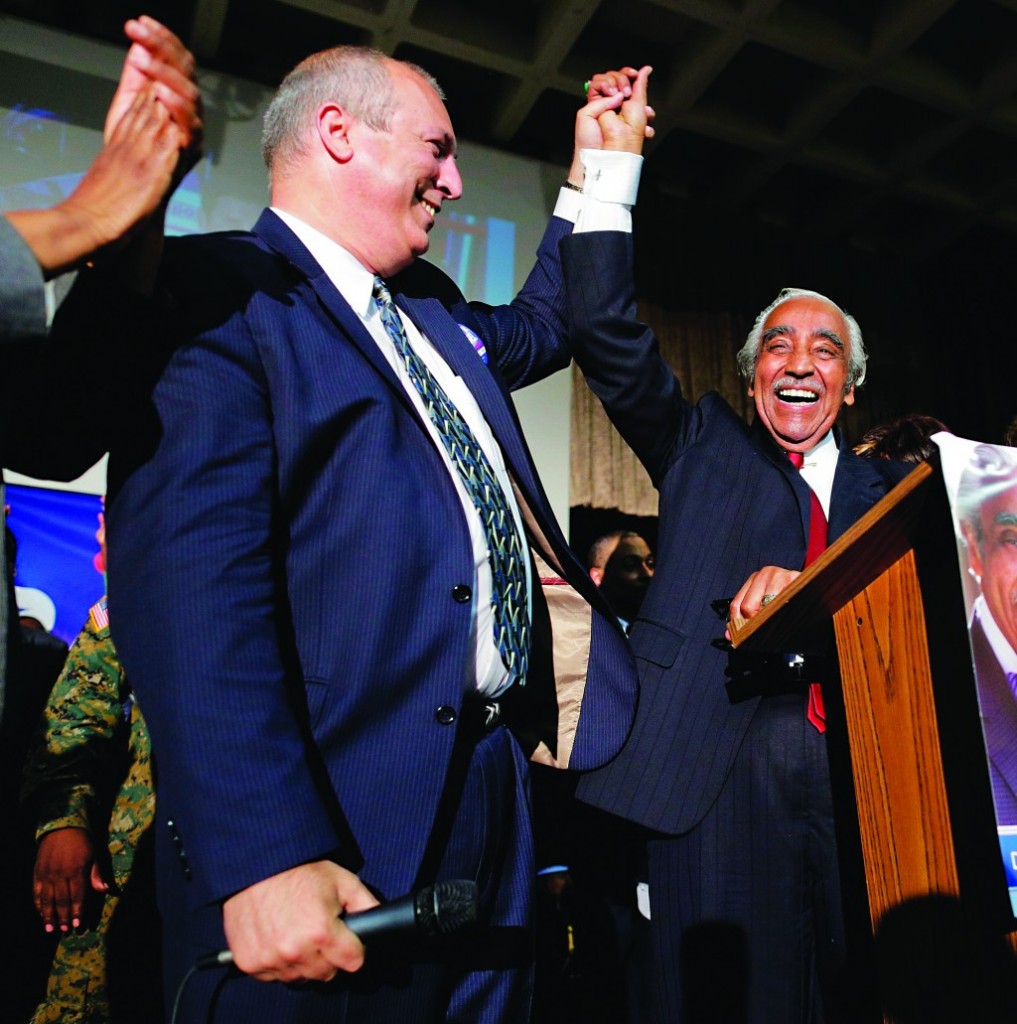 Rep. Charles Rangel, the face of Harlem politics for generations, held off a strong Democratic primary challenge and moved one step closer to what he says will be his 23rd and final term in the House.

Rangel, 84, defeated state Sen. Adriano Espaillat in what was a bruising fight that shed light on the changing face of a district that was once one of the nation’s black political power bases. He led Espaillat 47.4 percent to 43.6 percent, a difference of fewer than 2,000 votes. About 47,000 votes were counted Tuesday.

“Fired up and ready to go!” the congressman declared in a statement thanking voters for “standing with me to the very end and giving this veteran his one last fight.” Rangel, who has said this campaign would be his last, said he hoped “to begin the healing process of some of the division that was created during the course of the campaign.”

Late Tuesday night, Rangel dubbed himself the nominee in an unprecedented, nearly hour-long folksy speech that was part thank you, part real-time political analysis and, eventually, part declaration of victory even though the race was at that point too close to call.

“This was your victory,” Rangel told the crowd. “This is your congressman. And you can rest assured all I will be doing is thinking about you and bringing resources back home.”

At one moment during his rambling address, the stage buckled under the weight of the 22-term congressman and more than a dozen elected officials who wanted to stand near him. After determining that no one was hurt, Rangel resumed talking. And talking.

Acknowledging that he was “killing time” as the votes were being counted, Rangel held court, continually introducing new speakers and asking his advisers and journalists for updates on the latest totals.

Finally, after a local media station called the race, balloons dropped from the ceiling. Rangel raised his arms aloft and smiled.

State Sen. Lee Zeldin defeated former SEC lawyer George Demos on Tuesday in a Republican primary to represent a wide swath of eastern Long Island, in a race that was watched by both national political parties.

Zeldin had 63 percent to Demos’s 37 percent, and he now faces Democrat Rep. Timothy Bishop in November. Bishop is seeking his seventh term. A Republican party spokesman last week called Bishop “one of the most vulnerable Democrats in the country,” citing his support of the Affordable Care Act and an ongoing ethics complaint.

Two-term Rep. Richard Hanna defeated a tea party-backed challenger in the Republican primary in central New York on Tuesday, effectively settling the race this year because Democrats didn’t put up a candidate.

Rated a moderate, Hanna emerged with 53 percent versus Assemblywoman Claudia Tenney, who positioned herself as “more of a constitutional conservative” than Hanna.

Stefanik, 29, who received 60 percent of the vote, promised supporters “new ideas, fresh energy and a new approach to shake up a failed Washington.”

The Harvard graduate who worked on President George W. Bush’s staff had gathered support among county committees before Democrat Rep. Bill Owens made a surprise announcement not to seek re-election.

Doheny has another minor party ballot line, raising the possibility he will continue in the race against Stefanik and Democratic nominee Aaron Woolf, a documentary filmmaker and political novice.