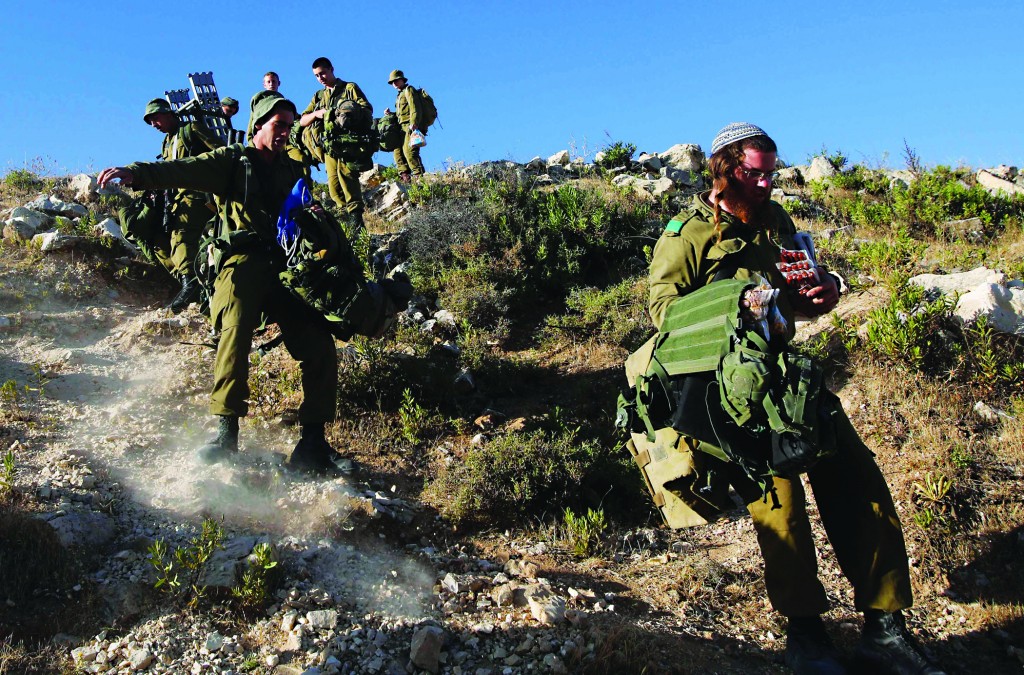 During a speech at the Knesset on Wednesday, Bat-Galim Shaar, mother of one of the abducted teenagers, lashed out at Israeli Prime Minister Binyamin Netanyahu for the deal announced earlier in the day ending a hunger strike by Palestinian prisoners.

In the first public criticism to come from the families concerning the government’s handling of the situation, Mrs. Shaar was scathing:

“I got up this morning, opened the news, and was in shock. Prime Minister Netanyahu authorized a deal with terrorist prisoners.

“Could it be? Really?

“Eyal, Gilad, and Naftali are being held by Hamas terrorist kidnappers — and the Prime Minister seeks to appease them, to please them?

“If the Prime Minister knows the identity of the kidnappers, we must act in any way possible to pressure them to bring the boys home alive: to stop funds, to worsen conditions for prisoners, to put pressure on the Palestinian Authority (PA). Hamas will then know that it is not worth it to kidnap Jewish children.

“Mr. Prime Minister, internal security staff, you have become confused. Making an agreement with the hunger strikers is a serious mistake,” she said.

“But we will not accept the irresponsible actions of decision makers. Reaching an agreement with the hunger strikers at this time is irresponsible to the people of Israel.”

Apart from her denunciation of the prisoner deal, Mrs. Shaar’s speech was a personal outpouring. She did not neglect to express appreciation for the “support and love directed to us all the time — across the Israeli spectrum in Israel.

“I come to you today as a woman to woman, mother to mother, from the bottom of my heart. Day after day and with a breaking heart, I want to see Gilad alive and at home.

“I may be heartbroken, but I am not broken,” she declared.

“We say prayers and we sing songs,” she told the MK’s, and invoked the Midrashic passage, “A loud voice is heard / wailing bitterly / Rachel, weeping for her children / inconsolable for the children she does not have.”

She concluded: “I hope that Rachel’s merits, and the merits of unity, will grace us — that our prayers to the Master of the World are heard for the sons we don’t have with us — and that our sons will be returned home.”

Also on Wednesday, the father of former Hamas captive Gilad Shalit said his family is “deeply concerned” about the fate of the three Israeli teenagers.

“Gilad and our family, like all Israelis and Jews around the world, are praying and wishing that they will come back home safe and sound very soon,” he told a delegation  from 23European communities visiting under the auspices of the Israeli-Jewish Congress.

As a family that has “suffered so much from these terror actions of the Palestinians” the kidnapping is now “our main concern,” Shalit added.

Members of the Israeli­ -Jewish Congress signed a letter to Prime Minister Netanyahu condemning the kidnapping and expressing their support for the government’s efforts to free the boys.

Meanwhile, a different note was sounded by Arab MK Masud Gnaim (UAL-Ta’al) who claimed that the mothers of the three teens are being used for propaganda purposes

“Yesterday we saw the shameful sight in which the mother of one of the captives, who’s supposed to be in true and honest emotional turmoil, used by the Israeli Foreign Ministry for propaganda,” Gnaim said in the Knesset.

Deputy Foreign Minister Tzachi Hanegbi (Likud) responded that “it’s strange to hear such accusations from an Israeli parliamentarian who knows how the Israeli public feels about the families’ noble behavior.