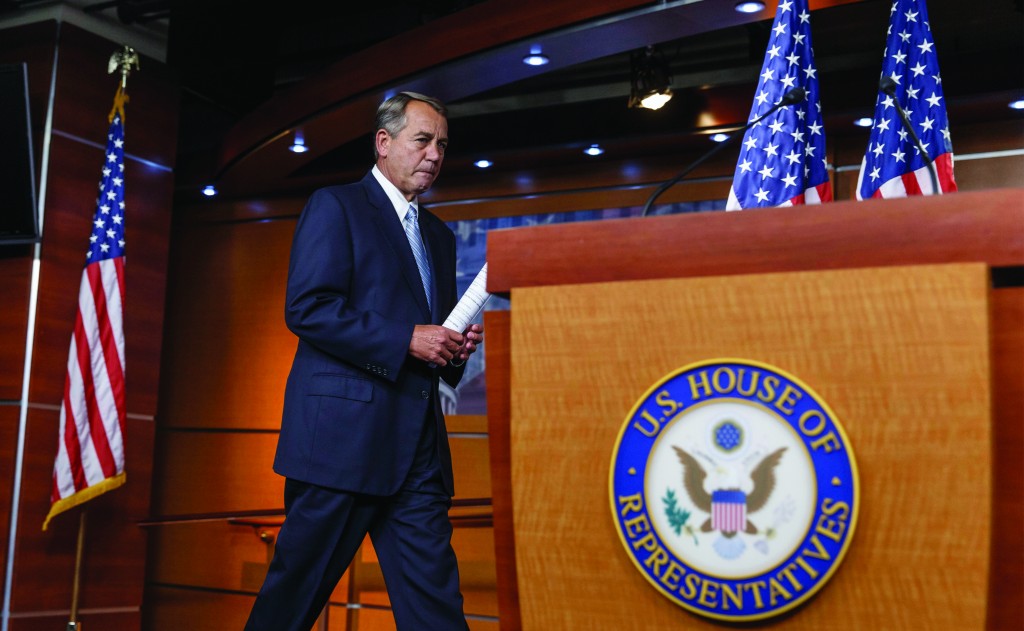 House Speaker John A. Boehner (R-Ohio) on Wednesday threatened to file a lawsuit against President Obama later this year for “not faithfully executing” the nation’s laws, an escalation in a Republican campaign against what it views as presidential overreach.

Democrats dismissed the move as an election-year stunt intended to motivate GOP conservatives.

Speaking to reporters, Boehner said he was acting “on behalf of the institution” to prevent a further erosion of power in the legislative branch. He said his action was not a precursor to impeachment.

House Minority Leader Nancy Pelosi (D-Calif.) called Boehner’s new action “subterfuge” that is meant to appeal to the most rabid elements of the party’s conservative base. “They’re doing nothing here and so they have to give some aura of activity,” Pelosi said.

Initiating a lawsuit of the type Boehner intends to file requires a vote of the House’s Bipartisan Legal Advisory Group, of which Republicans have a majority.

In a memo sent to House colleagues Wednesday afternoon, Boehner said the full House would vote on authorizing the suit.

The GOP-led House has already taken similar symbolic steps. In March, the chamber passed a bill that would require the Justice Department to notify Congress of any instance in which a federal official decides not to enforce a specific law or policy, and another that would give either the House or Senate standing in court to challenge an executive decision to not enforce a certain law.